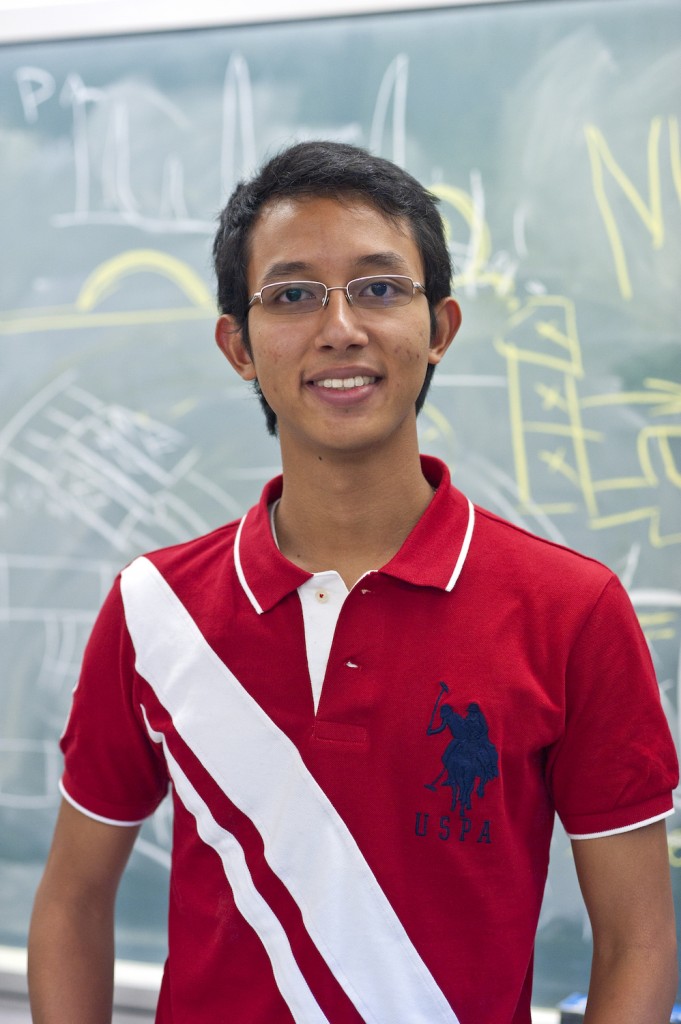 The mounting snow and bracing cold required an adjustment period. But Jesus Chung, a native of Panama City, has otherwise found a home away from (his central America) home at WPI.

“I was excited the first time to see snow. It was exciting and shocking at the same time,’’ he says. Soon, though, his reaction mirrored that of many New Englanders. “After two months, I got tired of it.”

He can’t say the same about his overall university experience. “I really enjoy the diversity at WPI, being able to talk to professors, faculty, staff, and different students,” he says. The low student-to-professor ratio allows for open dialogue and “really makes an impact on a student.”

Chung applied to WPI for the opportunity to study robotics, which he hopes to pursue professionally after graduation. In an effort to promote cultural diversity, he joined the Hispanic and Caribbean Student Association, serving first as treasurer because “I’m good with math.”

During his tenure as treasurer, the association increased its budget from “almost zero’’ to a substantial sum and developed new programming.

Last year he became president of the association, continuing to strengthen the association’s budget while expanding its reach. The association hosted social events open to students at other colleges and sponsored such activities as Caribbean dinners and a Jamaican food festival.

He estimates that hundreds of Caribbean students attend WPI. Hispanic students from the United States also belong to the association and “bump up the numbers a little more.”

“If you want to see a change,” he says, “do something about it.”

The members of the association may share a common bond but they also learn from each other, he says. Even Spanish-speaking countries can use varying expressions that a fellow student from another country may not understand, or may misinterpret.

“You might not understand each other’s expressions, but later you get to understand” each other, he says. “One word can change the entire meaning of a sentence. By sharing conversation and experiences, association members learn to broaden our perspectives and think globally.”

In an effort to reach out to even more students from across the globe, Chung joined the International Student Council, which is similar to the Hispanic and Caribbean Association but represents all international students. The council has hosted international dinners, highlighting Chinese, Vietnamese, and Hispanic foods, for example, to show that diversity.

Through the council, he helps international students during the orientation process, which can be especially challenging for someone who speaks a different first language and must learn a new culture.

He encourages the students to reach out and broaden their experiences. He suggests they expand their circle of friends beyond a small group. “They will benefit,” he says, “if they meet the most amount of people and learn from them.”

Chung shares these lessons not only with his fellow international students at WPI but with young people in Panama that he tutors for math competitions during his trips home.

“I definitely talk up WPI” to the young people, who look to him as a role model. He encourages them to attend college in the United States and to consider futures in math and engineering.

Opportunities abound, he says, but students need to take the initiative to go ahead and pursue what they enjoy. “Don’t sit back and wait for a chance,” he tells them. “Instead, reach out for what you want.”

“Don’t be passive,” he says, sharing advice that has brought him so far from home. “Find the opportunities and go grab them.”

The pursuit of dreams has been a critical part of Chung’s WPI education. He saw the chance at an education a long way from home for a subject close to his heart, and he took it.

He hopes the young people he tutors will follow his lead. “If you want to see a change,” he says, “do something about it.”