Humanities and Arts, Military Science Team Up with China Hub

As a student in the Global Officers program in Beijing last summer, Tess Hudak ’19 learned to speak Chinese proficiently and visited iconic sites like the Great Wall and the city of Xi’an, with its ancient terracotta soldiers.

But it was through the relationships with her student tutor and other young Chinese in the program and the experiences of everyday life in the city that she came to better understand what life is like in China and how important it is to communicate between cultures.

“That was definitely a really cool thing,” says Hudak, a mechanical engineering major who is committed to military service after graduation through Army ROTC. “We actually saw the Chinese culture through them.” 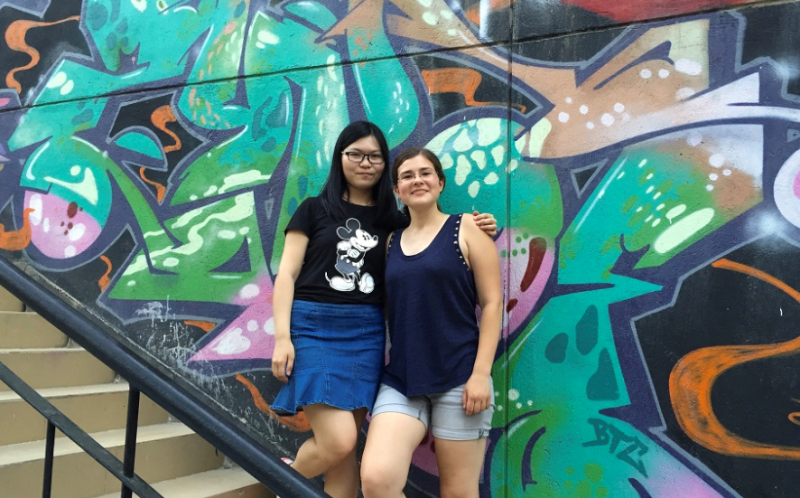 The Global Officer—or GO—program is funded by the Department of Defense to provide intensive language and cultural studies for ROTC students at both domestic and international sites.

WPI has been awarded a grant of about $200,000 to fund a second year of its version of the program Project GO-WPI Beginner Chinese 1.

Professor Huili Zheng, the program's director, says that administrators at the university’s Humanities and Arts Department teamed up with those from the Military Science Department to bring the GO Program to WPI. The program is an expansion of the university’s extensive Chinese language and culture offerings, she says, and it makes sense on a campus that houses the Army ROTC’s Bay State Battalion, whose cadets are from WPI and a number of other Central Massachusetts colleges and universities.

The program draws from a nationwide pool of cadets, with a particular focus on the 90 to 120 Army ROTC cadets from the Bay State Battalion, as well as the Air Force ROTC’s Detachment 340 at WPI and the Naval Reserve Officer Training Corps at Holy Cross. 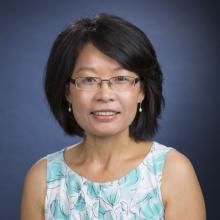 “And if some students don't work for the military, they can still use Chinese. Some tell me they want to go to work in China or work in U.S. organizations doing business with China. This is another benefit of studying Chinese.”

Since it began in 2007, Project GO, which is sponsored by the Defense Language and National Security Education Office and administered by the nonprofit Institute of International Education, has allowed colleges and universities to provide over 3,500 overseas and domestic summer scholarships to ROTC students for critical language study.

The national program focuses on Chinese, Russian, and Arabic as critical languages, but also offers Turkish, Japanese, Korean, and several others.

Last summer, the WPI program offered scholarships for Beijing-based study to 13 students, including four from WPI. This year there are eight slots available and project administrators are in the process of reviewing applications.

Project GO at WPI pays for tuition at Beijing University of Chemical Technology, as well as room and board, round-trip travel, visas, insurance, and books.

The overall goal of the GO program is to provide students with the equivalent of a year of language study in the eight-week period with the understanding that they will return to their schools and continue advanced language and culture studies. WPI students have a wide array of Chinese language and culture courses and China-based study programs through the university’s China Hub program.

The summer GO course offers intensive training in Mandarin, which includes four hours of classroom work five days a week, as well as assistance from the Chinese student tutors, who speak English but are there to help with Chinese after class. Cultural excursions and courses in subjects such as Tai Chi, Chinese painting, and martial arts expand students' understanding of Chinese life and supplement language learning.

​Hudak, who is taking intermediate Chinese this year, says she is contemplating going into military intelligence and believes that knowing Chinese will be a benefit. The military offers pay bonuses for members who are proficient in critical languages.

She says the student tutors not only helped American students for an hour a day after class, but they also made themselves available for shopping trips, dining out, and weekend cultural excursions. 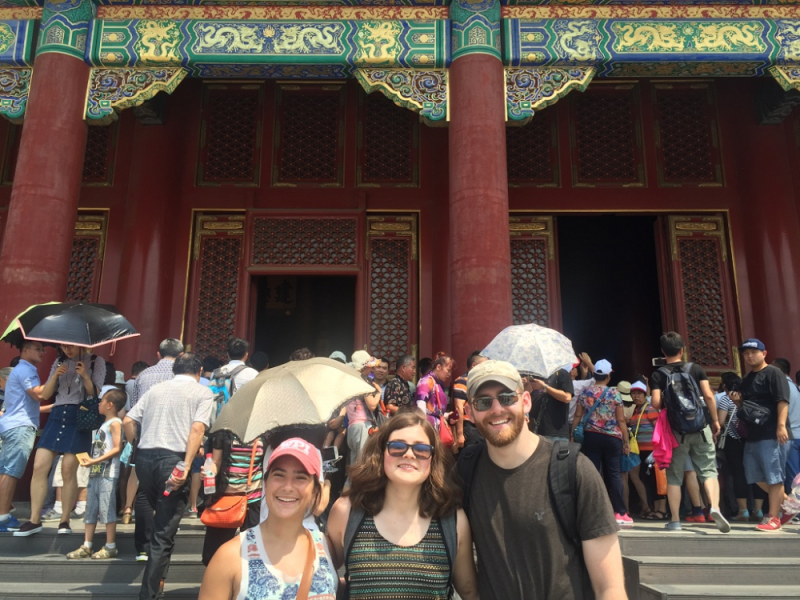 “They spent a lot of time outside of their hour with us,” Hudak explains. “Our relationships did develop over time. It definitely went from just an awkward hour of drilling with them to talking with them about what life was like for them in China and what life is like for us in America.”

The students and their tutors compared notes on food and television shows. Both sides came to understand that exam stress is a common reality for college students.

And through the eight weeks they enjoyed each other’s company.

“We had fun together,” Hudak says. “They genuinely enjoyed helping us and we enjoyed learning from them and spending time with them.”

Hudak says she and her fellow GO students felt they gained an appreciation of what it’s like to live in Beijing. They explored the city, rode the subway, and even joined a local gym.

“We got to see the places that were geared to the real people, not just the tourist places,” she says.

Kenedi Heather, a WPI junior who also was a GO program student last summer, said that the most important aspect of the program for her was the way in which she and her fellow Americans could experience Chinese college life firsthand.

“We were put into their culture and we were able to experience daily life as college students in China on our own,” says Heather, a computer science major.  “What I remember most are the friends I got to make who went to school there and lived their whole life in China.”

Heather says she still texts one of her friends from Beijing about once a month using her Chinese keyboard on the WeChat app. “He likes to practice his English and I practice my Chinese,” she says.

And she’s clear about what benefits the program will bring when she is commissioned as an Army second lieutenant upon graduation.

“I think it’s not only understanding their language better,” she says, “but having a better understanding of the cultures in the world.”