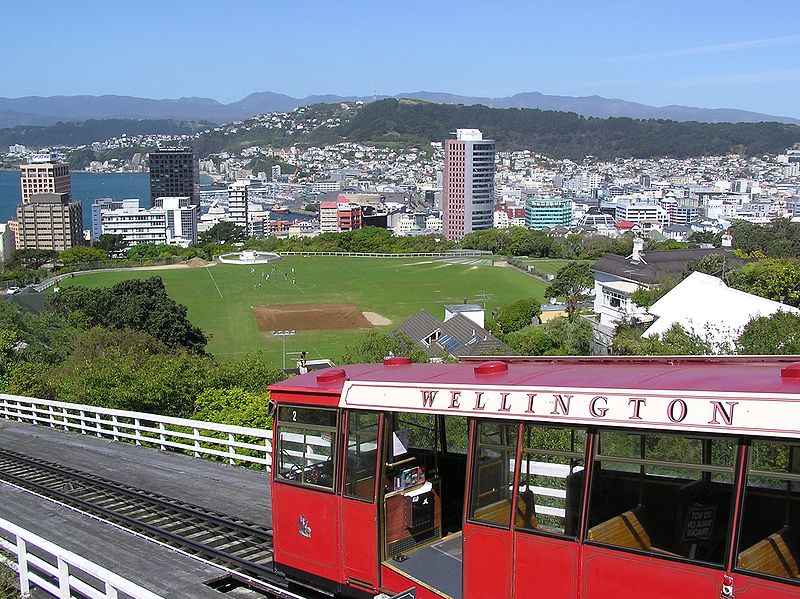 What a difference a year makes! WPI’s New Zealand Project Center has a year under its belt now — 24 students traveled to the South Pacific country last January and another group of 28 will head over next month. It’s a perfect crossroad to reflect on and look ahead to the opportunities this project center offers.

“I learned more from the experience in the country than from my project,” says Ryan Pollin ’14, a mechanical engineering major who went to New Zealand as part of that first contingent.

To bridge the program from this year to the next, there’s an IGSD brown-bag lunch presentation today, Dec. 2, at noon, in the Rubin Campus Center, Hagglund Room. Professors Michael Elmes and Ingrid Shockey, project center directors, will give students an overview of how they chose Wellington, the nation’s capital city, on the southwestern tip of the North Island, as a WPI partner in global education.

A lot has happened since a  team went to Wellington in 2010 to explore the possibility of a new project center. Now, says Elmes, valuable alliances and relationships have been formed for students to complete their HUA, IQP, or MQP requirements far, far from campus.

The New Zealand agencies that WPI collaborates with, says Elmes, involve the natural environment in some way. For example, GNS Science, the country’s main group for Earth, geoscience, and isotope research, offers up-close-and-personal ways students can use their skills to find actual solutions to real problems. “We apply our scientific knowledge from the atomic to the planetary scale to create wealth, protect the environment, and improve the safety of people,”he says, including projects related to Tsunami awareness (which were just nominated for the President’s IQP Award).

Other projects from this past year include partnerships with the New Zealand Department of Conservation, Landcare Research, and Zealandia (a native bird sanctuary) to study data collection on the endangered Maui dolphin, Wellington climate change, and interactions of the endangered Kaka parrot, respectively.

Biomedical engineering student Olivia Durand ’14 was part of the parrot project at Zealandia this past year. “This opportunity really opened the door to a whole new way of looking at the world and how we are all capable of bettering it,” she says.

New Zealand project work topics ranged from natural resources to healthcare to heritage, says Elmes, including a diabetes study at Wellington Hospital. Two museums are also part of the WPI collaboration, Te Papa (the country’s national museum) and the Museum of City and Sea. Grow Wellington, a regional development organization, rounds out the topic areas.

Paul Monahan ’14 worked at the national museum as part of what he calls a truly valuable collaboration. “Our sponsors were supportive and constructive for our project.”

Next up? Elmes hopes to build on already-strong foundations with existing sponsors in Wellington, plus set up some new ties, such a Memorandum of Understanding with Victoria University in the city, for example.

Beyond the academics, Elmes says the natural resources of New Zealand cannot be found anywhere else, with flora and fauna unique to the island. Monahan agrees: “Every view was picturesque,” he says. “It was ridiculous.”

Scenic landscapes are mixed with seismic activity — just to make it interesting.  The people of the island, dispersed across a country the size of Colorado, are also a fascinating study, Elmes says,—sports enthusiasts and highly educated, who thrive on innovation as part of their culture. They prize resourcefulness—for example, “making do with what you have” and believing that “anything can be fixed with a bit of No. 8 fencing wire.”

Durand says the New Zealand stay was life-changing, especially having had the opportunity to put her skills to work to better that country. “It’s a truly unique experience to be able to live not as a tourist, but as a member of society.”