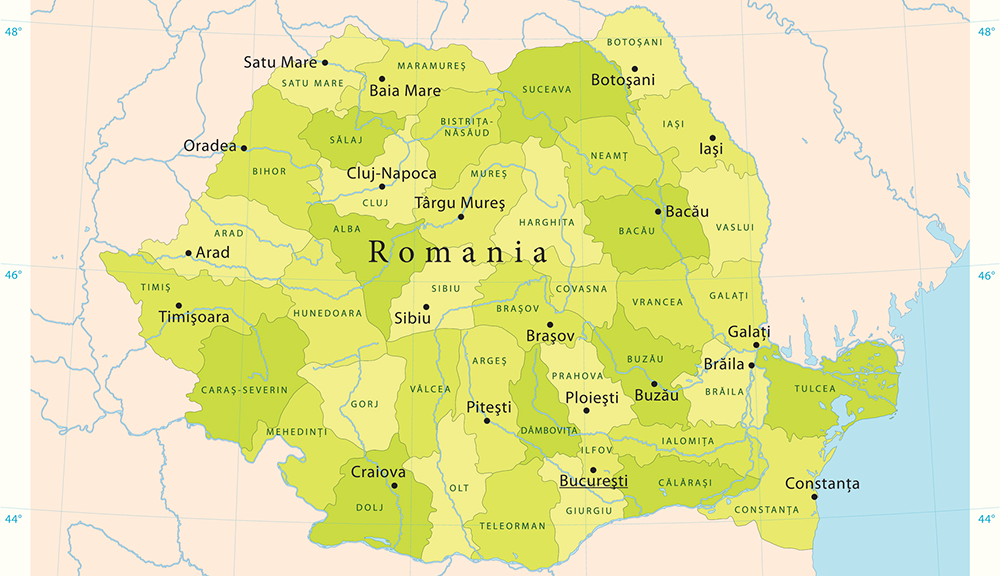 Students in Bucharest Project Center Reflect on Their Global Impact

This is the final installment of a three-part article about how the Bucharest, Romania Project Center pivoted to working remotely in D-Term. Here, team members reflect on their experience.

If there’s one thing that’s evident when students from the Bucharest, Romania Project Center reflect on their D-Term project work—work that ranged from redesigning learning centers for youths and retirees, to saving urban green spaces—it’s the feeling they share of having made a global impact without leaving the United States.

Members of the five student teams, who were unable to travel in early spring due to the COVID-19 pandemic, recently reflected on the time they spent learning about Romania’s politics, food, and culture while working on their Interactive Qualifying Projects (IQP). Co-directors Bogdan Vernescu, vice provost for research; Rodica Neamtu, associate teaching professor of computer science; and advisor Bland Addison, associate professor of Humanities and Arts, facilitated a smorgasbord of activities via teleconference to offer the group an in-depth look at the country. This culminated at the end of the term when each student group remotely presented their polished reports and recommendations to their sponsors in Romania.

After D-Term, the teams took a moment to reflect on work they completed for their various sponsors.

“One of our biggest initial regrets about not going to Romania was that we thought we wouldn't be able to produce a project that met our individual standards of quality, but this was not the case. The hours and weeks of work we put into this project made it not only impactful but also fun and inspiring for everyone involved,” says Tess Sandbrook '21, mechanical engineering. Her team collaborated with Fundația Regală Margareta a României (FRMR) to integrate technology into its inter-generational learning centers to improve accessibility and increase student engagement to support the sponsor’s effort to combat early school dropout, and to involve retirees.

“I feel as though our project has had a very large impact. Our team wanted to help our collaborators curb early dropout rates of young school children as well as provide a community that retirees could be involved in,” she says “Adding technology to these tutoring and social centers has a very real chance of inspiring students to stay in school and pursue higher education.”

Team member Alexa Eves ’21, mechanical engineering, agrees. “When all our plans have been implemented," she says, "the children who attend these centers will have so many more educational opportunities at their fingertips.”

WPI’s Urban Wetlands project team, meanwhile, collaborated with the Vacaresti Nature Park Association (VNPA). The park, a 470-acre wetland near the center of Bucharest that is home to more than 350 species of animals and 330 species of plants, is in the process of creating a management plan. By expanding knowledge of the benefits of urban green space, documenting local opinion, and conducting comprehensive case study research, the team aimed to catalog the multidimensional benefits of the park—the first urban nature park in Romania. The VNPA planned to use the team’s report to, among other things, guide future park development decisions, says team member Sarah Kwatinetz ’21, civil engineering.

Dan Barbulescu, VNPA CEO, praised the project team’s work. “We were amazed at the amount of information they extracted and synthesized from surveys, interviews, and live streaming. The results of their research show they got a thorough understanding of the challenges the park is currently facing. Their findings represent valuable input that support the park's management plan,” he says.

In the business arena, the American Chamber of Commerce in Romania (AmCham Romania), which looks to improve business practices and strengthen economic ties between the United States and Romania, worked with a WPI project team to optimize its media influence to promote business growth.

“My team and I collaborated with AmCham Romania to further promote Romanian business growth. We worked directly with AmCham staff to identify pertinent information and resources that would benefit the organization’s members who are looking to expand their business ventures into the United States,” says Selina Spry ’21, robotics engineering. “We created a website that can benefit Romanian businesses that are interested in entering the U.S. market. By promoting Romanian business expansion abroad, we are helping enhance the global economy.” Anca Harasim, executive director of AmCham Romania, called the student team’s work a win-win situation. “In the end we are all left with a valuable lesson," she says. "With creativity we can overcome unexpected obstacles, so the core goals are achieved.

Another WPI project team was involved with developing a new website for Colinele Transilvaniei, (“Transylvanian Highlands”), an ecotourism destination in central Romania. The website functions as a centralized way for stakeholders to both communicate their future plans and promote themselves to tourists. “I feel we have made a difference in the world by giving our collaborators a tool to expand their ecotourism initiative, which will in turn promote a more ecofriendly model of tourism,” says team member Terrance Cooper  ’21, aerospace engineering.

Mihai Dragomir, steering board member of Colinele Transilvaniei, said both the students and organization benefited. “The students helped us improve the online promotion platform of our ecotourism destination," she says. "It was a useful experience for both parties because we now have a new promotional tool, and they were able to understand what the work of a Destination Management Organization means."

One of the student teams did its IQP on pollen and climate change in Bucharest, using statistical analysis to find correlations between pollen and meteorological factors and between pollen and chemical pollutants. Team sponsor, Dr. Poliana Leru of the Allergy Laboratory at Colentina Clinical Hospital, had never taken this approach, says Deanna Kay ’21, chemical engineering. Kay is excited that the team’s findings could help Romania further aerobiology research across Europe.

Kay, though disappointed in being unable to travel to Romania, says she and her team worked hard to make the most of their project to be sure to have a positive impact for their sponsor. She also made a promise to herself that she will travel to Romania. “I know it won't be today or tomorrow," she says, "but I will get there someday.”