Even before this year's presidential race, civility seemed a major problem in American politics.  According to a new book by a WPI professor of history, politeness has been a political issue since America's infancy.  Steven C. Bullock's Tea Sets and Tyranny: The Politics of Politeness in Early America (University of Pennsylvania Press) explores that hidden history.

Bullock has taught at WPI since 1989.  His Revolutionary Brotherhood: Freemasonry and the Transformation of the American Social Order, 1730–1840 (UNC Press) was the first major study of the early American fraternity.  Gryphon Books recently issued a leather-bound edition in its Classics of Liberty Library.  Bullock's The American Revolution: A History in Documents (Oxford University Press) appeared in 2003, the year he won WPI's Trustees' Award for Outstanding Research and Creative Scholarship. 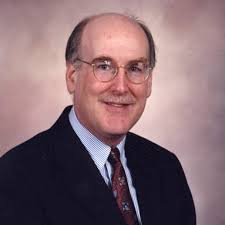 Bullock's interest in politeness began while examining Freemasonry.  "I became fascinated with the origins of the early 18th-century world in which Masonry first took root," he says.  It's a world known today through early American mansions and portraits of the Revolutionary Founders, a time when wealthy leaders created elegant spaces, clothing, and social gatherings.  Bullock viewed part of this world close up this summer.  "As a research fellow at Mount Vernon, I could walk around George Washington's estate after the visitors had gone home—even sit on his porch."

The rise of refinement, what people called "the polite world," is widely recognized as one of the central developments of the 18th Century.  "As I read more," Bullock says, "I realized that we had viewed the subject too narrowly. Rather than manners or fancy goods, politeness sought sustainable relationships with other people. Even more surprisingly, politeness was not simply about personal life. It also provided new standards of proper leadership, arguing that being angry and overbearing rather than sympathetic and responsive was as dangerous in public as in private interactions.”

Benjamin Franklin learned this lesson early in his life.  His brilliant diplomacy during the Revolutionary war helped win essential aid from France.  But Franklin had not always been a smooth operator.  "He started off as an arrogant know-it-all," Bullock notes, "a young man who loved to prove people wrong.  As he grew older, however, he realized that winning good will was more valuable than winning arguments."

Bullock's book traces not only Franklin's experiences, but the lives of a half-dozen other less-famous early Americans.  "Issues of politeness," Bullock notes, "proved relevant in a surprising number of settings."  He looks at an angry Virginia governor whose rages could last for hours, America's first con man, and a South Carolina woman who met a British princess. 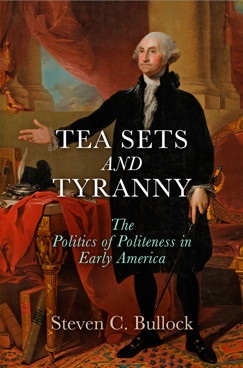 "I've been struck," he notes, "by the similarities between the period when idea of politeness developed and our own time."  By 1700, England had killed one king and driven away another within half a century; during the same time, almost all its American colonies had rebelled at least once.  Politics and religion remained deeply contentious. Each side was quick to accuse the other of treason.

Ideas about politeness emerged in this troubled world. In seeking community despite deep divisions, polite leaders recognized they could not simply demand obedience. They needed to earn it.

The American Revolution was deeply influenced by these ideals. Despite deep division and even greater violence, the shared heritage of thinking about restrained power helped keep the Revolution from spinning out of control.

"I don't think that 18th Century American leaders would be surprised to hear that today's politicians often demonize their opponents and stoke social conflict," Bullock says. "The 18th Century never fully practiced its ideals, and its leaders were certainly not models for us in every respect. But they might be disappointed that America today so often ignores the lessons they had learned during their similarly contentious times.”