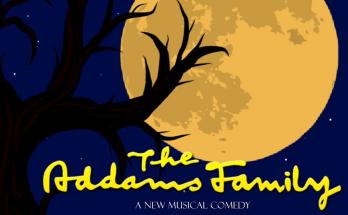 They Really Are a Scream!

The Addams Family is picked for VOX’s winter production

The Addams Family: A New Musical Comedy will be performed this week in Alden Memorial.

The production follows the story of Gomez and Morticia Addams’s daughter, Wednesday, when she falls in love with a "normal" boy. The fun erupts as the family tries to act "normal" for the sake of the new romantic interest. This show is about life, death, love, secrets, the moon, and most important, what it means to be an Addams. 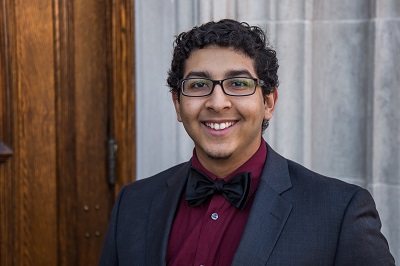 VOX Musical Theatre productions are voted on by the general body after a series of “pitches.” The senior student management of the production is selected at the end of the term preceding the start of production. The cast was selected through auditions in front of the board.

Student producer Sebastian Espinosa ’17 was nominated for the position just after The Addams Family was picked for this semester’s production. The student producer’s position is akin to the president of a corporation—ultimately responsible for the technical aspects of the production, including managing the executive board and technical staff, as well as the show’s budget.

A biology and biotechnology major, Espinosa has been involved with VOX productions since his freshman year. He has moved up through the theatre ranks, having started as an assistant lighting director, then a master electrician, then a lighting designer, an assistant producer, and finally, a producer. He says that because of his background, he knows that the all-student cast and crew of the VOX Musical Theatre Company are talented and capable of doing great things quickly. “After these years of working with them, I know what they can do. I appreciate what they can do when they put their minds to it!”

He is quick to mention the important roles in the production that are played by the external leaders. Executive producer David Ortendahl is also WPI's director of corporate relations, and the advisor to VOX. Theatrical Rights Worldwide is the licensing company, and it wouldn’t be possible to put on such a large show without the support and cooperation of friends, family, the cast, tech staff, and WPI staff, he says.

Espinosa has been involved with productions since his family moved into a new school district when he was in 6th grade. An influential art/choir teacher encouraged him to get involved with music and he took up the guitar; he found that the arts a great way to escape. “It became a strong passion of mine,” he says.

"When I see people enjoy the show, that's what makes it worth it for me." -Sebastian Espinosa

He is enthusiastic about the upcoming musical performances, and says that surprises with makeup, props, special effects, and lighting will be what makes this show memorable. He adds that the scenes with Lurch are not to be missed!  When asked about the effort it takes to put it all together, Espinosa says, “When I see people enjoy the show, that’s what makes it worth it for me!”

Showtime is 7:30 p.m., Thursday through Saturday, Jan. 12–14. The production is free to the public, but reservations are encouraged. More information, including directions and links to purchase tickets, can be found on VOX's website.