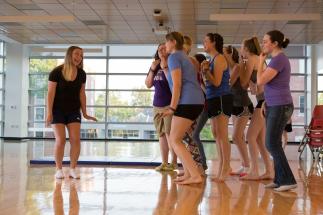 • The musical Legally Blonde will be produced by VOX, the WPI student Musical Theatre Company Sept. 15-17 at  Alden Memorial.   The production follows the story of young Elle Woods, a love-struck sorority girl from UCLA with a degree in fashion merchandising, as she tries to prove that she can be serious. Elle follows love to Harvard Law School, where she is aided by a diverse group to reevaluate her perspective on life. 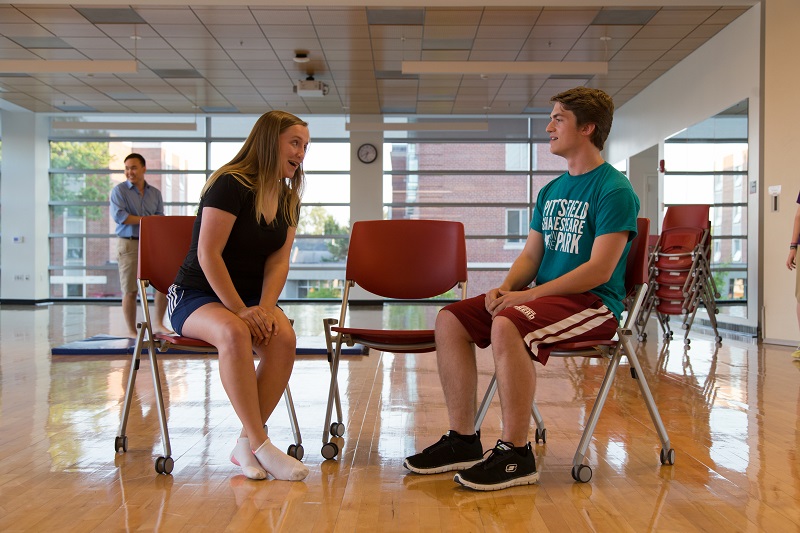 According to student producer Nick Shannon, what makes the upcoming WPI production special is that the students all work knowing that there are more than the normal physical and financial limits to the resources available. “We have to use creativity and efficiency to make it our own.”

Shannon says that the all-student cast and crew of the VOX take on a larger than average active role in each of the productions that are staged. And each person takes away experiences that reach beyond what would be expected in the typical world of musical theatre.

Music course credit is offered by the Humanities & Arts Department.  Sixteen musicians perform as the orchestra pit, and the musical director, Rachel Plante, is also a student. In all, there are nearly 70 students who will work as actors, technical staff, or general crew on this production.

Shannon says he has been involved with productions, both dramatic and musical, since he was in middle school. He is a senior, majoring in management information systems, and he has been involved with at least at least one show almost every term since coming to WPI.  He credits time management as his way to deal with the work required both to keep up with school responsibilities, and being involved in the productions. 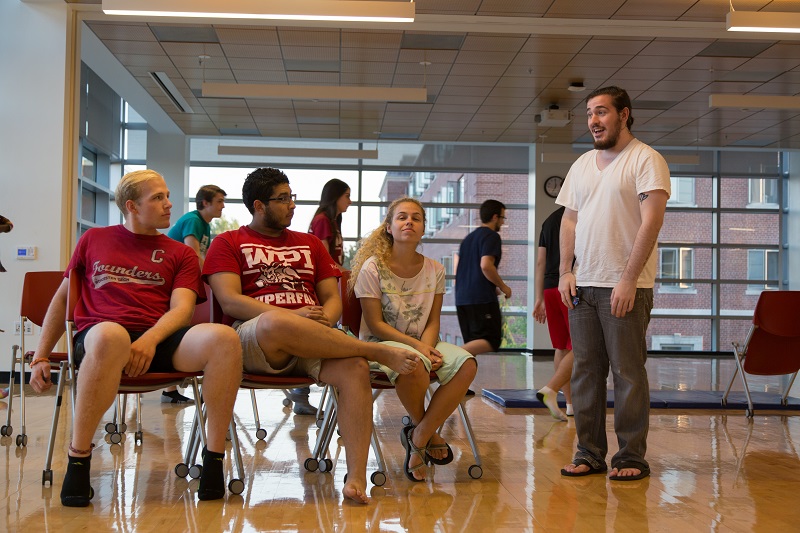 The senior student manager of the productions is selected at the end of the term before production begins. Most of the cast was selected then, as well, through auditions. Several spots are generally held open for freshmen who are entering during A-Term. Shannon was awarded the position by the club’s officers while on his IQP in Santa Fe, N.M., and had to begin his journey thousands of miles away from the campus.

Shannon is quick to mention the important roles in the production that are played by the external leaders. Executive producer, David Ortendahl, executive director of corporate relations in the CDC, is the faculty advisor to the Club. Richard Monroe is the director of the production. Ryan Herrmann serves in public relations on the VOX Officers Board, and he is also the production manager for Legally Blonde, overseeing props, technicians, and makeup.

The production is free to WPI students. For more information on production times and ticket prices, http://users.wpi.edu/~vox/shows.html.