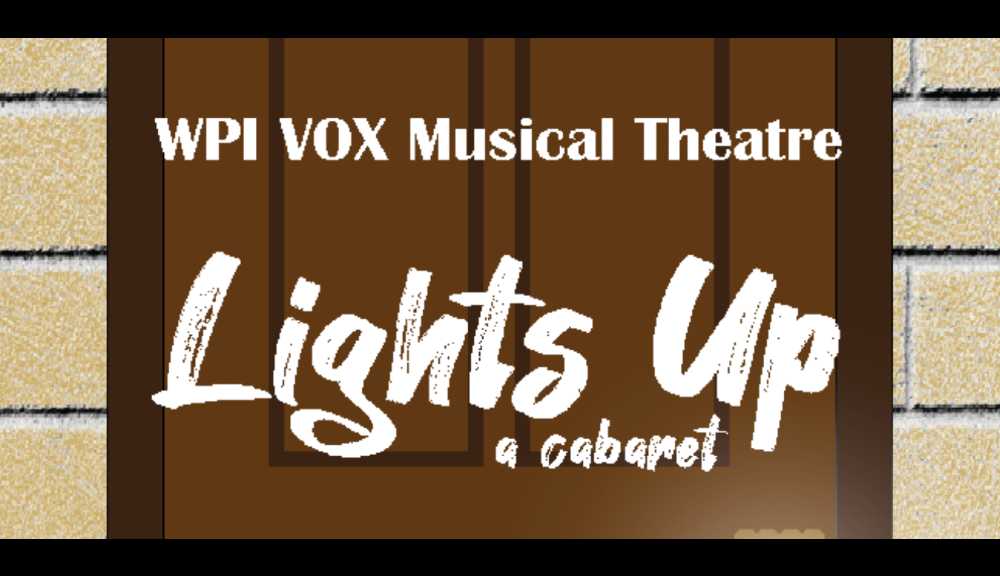 Shining a Light on WPI Theatre

In a normal world, VOX would have been putting on Into the Woods this year.

Instead, the student-run musical theatre company, which has been around since 2004 before being officially recognized as a student organization in 2008, was faced with the glaring realities of the ongoing pandemic. And while the onslaught of changes and uncertainties amid canceled events and "virtual everything" made for a D- and A-Term the likes of which we’d never seen before, one thing was for sure—VOX would still be putting on a show.

“VOX has such a great presence on campus for A-Term and for incoming students,” says Olivia Lattanzi ‘21, who served as the show’s director. “It felt important to fill that void with something, even if it would be a bit of a challenge.”

That something ended up becoming Lights Up, a cabaret performance where students were recorded performing lesser-known songs from Broadway shows spanning the last 30 years. Building upon the chosen theme of “Modern Broadway,” Lattanzi, producer Mitchell Jacobs ‘22, and the rest of the creative team selected songs for their pool of actors who had planned on being in the original show, while also leaving some roles available for first-year students to audition for in A-Term.

“VOX has such a great presence on campus for A-Term and for incoming students. It felt important to fill that void with something, even if it would be a bit of a challenge.” -Olivia Lattanzi '21

The group also wanted the show to have a solid narrative arc even without a script, something that could prove difficult considering that the chosen songs came from musicals ranging in story, tone, and subject matter—everything from Avenue Q, Hadestown, and Be More Chill to Fun Home, Jagged Little Pill, and Dear Evan Hansen. To address this, they focused in further, on not only modern Broadway songs but ones that, according to Lattanzi, “... seemed to deal with, in some way, people trying to speak their truth, be understood, or help others be their true selves (and the flip side of what happens when you just can’t get through to someone), and regardless of any circumstance, the story still goes on.”

Determining the premise, theme, and which songs would be performed were great steps, but the biggest one still remained: how to make it all happen.

As the show’s producer, Jacobs was faced with the Herculean task of taking something as personal and intimate as live theatre and adjusting it to suit our current world of quarantine and social distancing. The first step? Virtual meetings, and lots of them. He and stage manager Katharine Edel ‘21 spent the end of the summer leading a small committee of interested students who met every day for two weeks to determine new guidelines for putting on a safe, enjoyable, cohesive show in such restrictive circumstances. Once a draft was established, Jacobs himself met with “everyone under the sun” from WPI administration, including the Department of Humanities & Arts, the Events Office, the Student Activities Office, and the WPI medical advisory board, to get their input and implement additional requirements.

“And then we put on a show,” he says simply.

LIghts Up saw students performing while wearing face coverings and with a barrier separating them from those who were working on behind-the-scenes tech. Each performance was shot separately; those that look like two students are sharing space were filmed asynchronously for safety and then superimposed in post-production. After months of adjustments, planning, and out-of-the-ordinary rehearsals, the show was streamed on VOX’s website for the first weekend in October.

In a production full of things to be proud of, what was one of the most important to Jacobs? “We made sure to keep this open to the whole VOX community, whether they were in-person or remote,” he says. “Anyone who wanted to stay involved was more than welcome.”

While the show itself challenged the students with a bit of a learning curve, Jacobs still enjoyed his time working on the production, and wasted no time preparing for WPI’s next adapted performance, the recently wrapped Every Brilliant Thing. “It was a unique experience, for sure. I learned a lot … it was definitely a good experience, even if it wasn’t the one I was expecting.”

Lattanzi concurs, citing the flexibility, patience, and positive attitudes of all actors involved, especially as VOX prepares for its next show, tentatively slated for the beginning of C-Term. “I hope, if anything, people can see that we don’t have to give something up, in particular theatre, just because it looks different and is going to take a different path to completion. Students at WPI are doers, very collaborative, and I think the fact that this show happened showcases that.”