Two holiday concerts at WPI in month of December 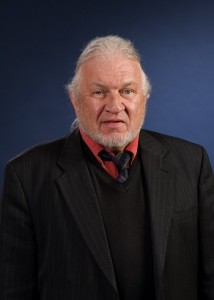 It’s December and time to celebrate the holidays. What better way to take in the season than with music. Here at WPI there are two upcoming concerts designed to make sleigh bells ring and children of all ages listen.

First up is the annual holiday program featuring the Brass Ensemble, Orchestra, and Chorus, an evening presentation in Alden this Thursday. At the center of the concert is British composer John Rutter’s Gloria. Written in 1974, this large-scale work is in three movements: Allegro vivace, Andante, and Vivace e ritmico. The Gloria is a longtime favorite of both amateur and professional choruses and continues to rise in popularity.

“The Rutter Gloria has in recent years become a favorite amongst both performers and audiences,” says administrator of applied music Douglas Weeks. “In fact, John Rutter has become an extremely popular contemporary composer of choral music. The music is rhythmic and exciting especially with his use of brass and percussion. We’ve done it before but it’s been several years.”

Another highlight of this luminous concert is the “Hallelujah Chorus” from George Frideric Handel’s Messiah. Talk about an evergreen. This piece is a cathedral pine. In many parts of the world, including here in Worcester and at WPI, it is the accepted practice—tradition, even —for audiences to stand during this section and sing along. Even after more than 200 years, people still love this chorus from the oratorio. So don’t be surprised if festival chorus conductor John Delorey turns and faces you.

“Singing the Handel with the Festival Chorus is one of my favorite traditions at WPI,” says Delorey. “I insist on baroque performance articulations from the singers, which can be challenging, but these singers have always risen to the challenge. It’s a fast, light, and bouncy take of this classic inspired by the best performances I have heard in London during my years of teaching there.” 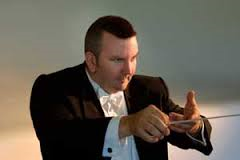 The first half of the concert will also feature holiday favorites for your sing-along pleasure. The second half is distinguished by the collaboration between the WPI Orchestra and dancers from Ballet Arts Worcester. The ensemble and troupe will perform excerpts from Tchaikowsky’s Nutcracker Ballet, namely, four dances: “Arabian Dance,” “Russian Dance,” “Les Mirlitons,” and “Waltz of the Flowers.”

In November, this local dance company performed the Nutcracker in its entirety at the Hanover Theatre for the Performing Arts. “They’re wonderful to work with,” says Weeks, “and the visuals for the audience add a new dimension to this popular seasonal ballet. Last year, we collaborated on Prokofiev’s Peter and the Wolf.”

The second holiday concert should prove to pack twice the enjoyment. It is a noontime affair billed as a brown bag concert, meaning you can bring a lunch, or at the very least, a candy cane or two. This performance features the Concert Band and is all about holiday favorites.

This is the fourth year that the WPI music ensemble has offered this free concert. At its heart is A Christmas Festival by Leroy Anderson. Composed for orchestra in 1950, it was debuted by Arthur Fiedler and the Boston Pops. At the time of its penning, Anderson was an arranger and orchestrator of the Pops. “They wanted to record a special concert number, using Christmas songs, carols and other Christmas music, for records,” Anderson said in a PBS television interview. “So they asked me to do a concert overture, and this is how it came about.”

The Concert Band will feature another Anderson seasonal favorite, A Trumpeter’s Lullaby, with solo performance by Mass Academy senior Stephanie Chin. Weeks says Anderson wrote this chestnut to “showcase the soft melodic nature of the trumpet, a perfect fit for this program.”

In this season of giving, Weeks also notes that members of the audience are asked to bring non-perishable food items, which the band is collecting to donate to the Worcester County Food Bank.