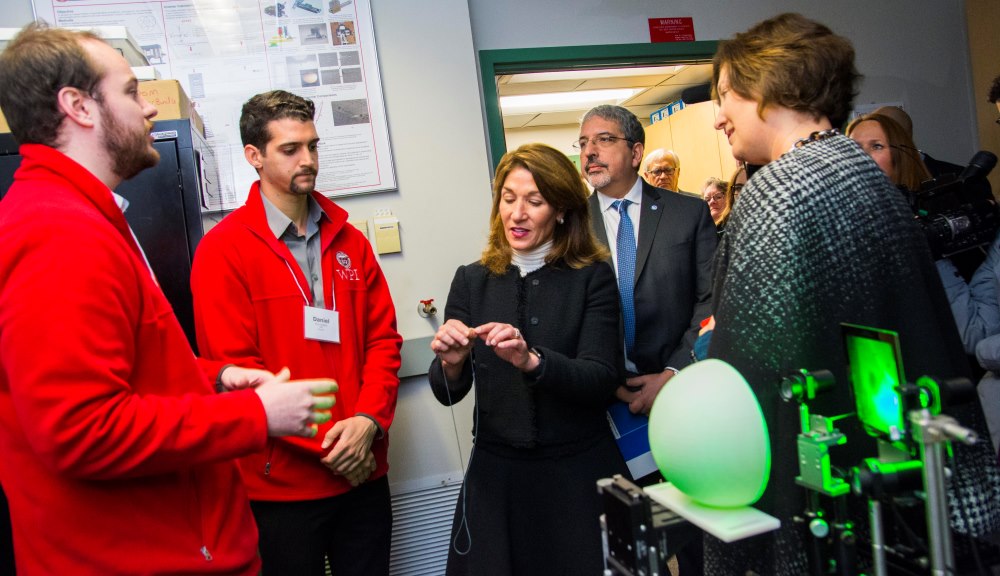 Worcester Polytechnic Institute (WPI) and Quinsigamond Community College (QCC) today were awarded a $4 million grant by the Commonwealth of Massachusetts to create a comprehensive joint laboratory that will support the growth of the burgeoning integrated photonics industry across the Northeast, while also providing training and education to help build a skilled integrated photonics workforce in Central Massachusetts.

The grant, announced by Lt. Gov. Karyn Polito at an event on the WPI campus, will fund a partnership between WPI and QCC for the launch of an AIM Photonics Academy Lab for Education & Application Prototypes (LEAP), a new facility that will support the development of this emerging advanced manufacturing sector.

Last year, MIT, home of AIM Photonics Academy, received state funding for the first LEAP facility, which has a focus on packaging. WPI and QCC will now establish the state’s second LEAP facility, with a focus on design and testing of integrated photonic devices, and on workforce development. 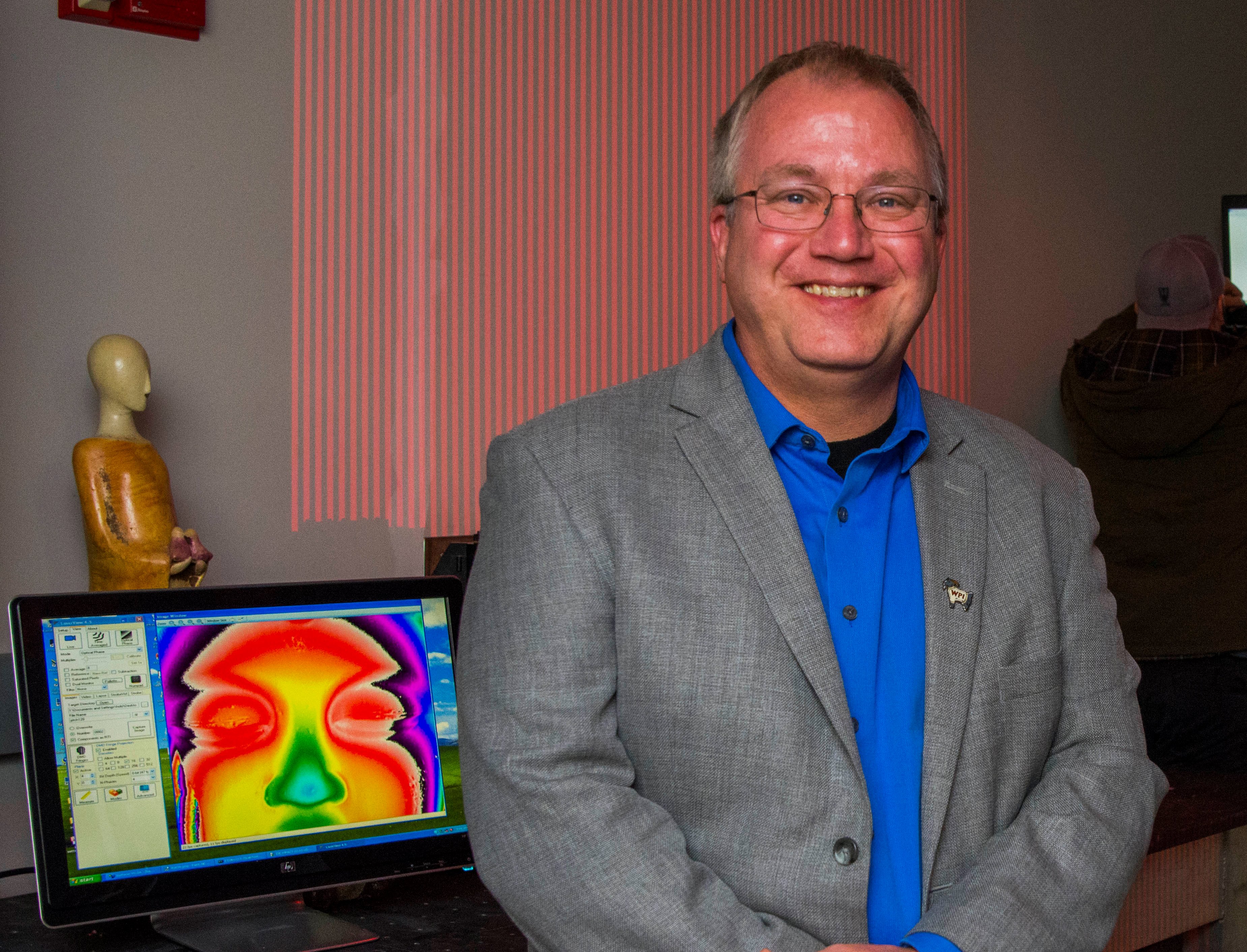 In this Q&A, Douglas Petkie, head of WPI's Department of Physics and the university's lead for the AIM Photonics Institute, talks about integrated photonics and he role that the new Laboratory for Education & Application Prototypes (LEAP) at WPI will play in bolstering this emerging industry, which will likely transform information technology. "I’m thrilled that WPI is at the forefront of the photonics industry, and that we have the potential to make significant impacts not only in our backyard, but around the world," he says.

“This exciting new endeavor in AIM Photonics will have a major impact on advancing photonics activities throughout the Northeast,” said WPI President Laurie Leshin. “As a highly specialized field with real growth potential, integrated photonics will also have a significant impact on the region through workforce development and economic expansion. It’s especially gratifying for WPI to partner with Quinsigamond Community College, building on nearly a half century of collaboration on a variety of academic and industry initiatives in Worcester County.”

QCC leaders also lauded the partnership. “The collaboration between QCC and WPI combines the core strengths of both institutions in order to help drive the future of advanced manufacturing in the region through accelerated photonics innovation and workforce development and training,” said QCC President Luis G. Pedraja. “We must think beyond the confines of the past and look toward the future. LEAP is a giant step for the manufacturing and educational sectors in Central Massachusetts and beyond.”

According to AIM Photonics, photons are the smallest unit of light, and “…photonics allow for faster transfer of data than traditional electronic circuits.” The organization also notes that integrated photonics allow designers and manufacturers to put thousands of photonic components—such as lasers, detectors, wave guides, modulators, electronic controls, and optical interconnects—together on a single chip, allowing capabilities that were not previously possible. Photonics technology is used in products such as flatscreen TVs, CD and DVD players, and autonomous vehicles.

Douglas Petkie, head of WPI’s Department of Physics, who is serving as the WPI lead for AIM Photonics LEAP, said the state grant allows WPI to play an integral role in the photonics arena. “Our vision is to have students, faculty members, and industry partners working in a space to move advanced manufacturing of integrated photonics forward,” he said.

WPI and QCC will play key roles along the growing photonics corridor in the Northeast, which extends from MIT’s campus in Cambridge to New York. Specifically, Interstate-90 between Rochester, N.Y., and Boston will be a conduit that ties together elements of a vibrant education, research, and development ecosystem. It will also be a highway for innovation, as ideas become designs, and designs become hardware to be tested, refined, and released to meet the needs of industry.

WPI will be involved in the early stages in the photonics development lifecycle by facilitating the design of photonics-integrated circuits (PICs). Systems designed in the Central Massachusetts LEAP will be built at the AIM Photonics fabrication facility at SUNY-Polytechnic Institute in Albany, and packaged at the test, assembly, and packaging (TAP) facility in a former Eastman Kodak facility in Rochester. During the development cycle, prototypes of the PICs will return to WPI, where companies and students will use specialized equipment to perform characterization and reliability testing.

The region’s integrated photonics workforce will also receive a boost from the partnership, which would give students and manufacturing workers access to equipment and specialized curricula to make them more proficient in photonics activities. The photonics lab space has not been finalized, but will be located on the WPI campus and will allow students, faculty, and industry partners to work collaboratively to move the science of photonics forward.

“We’re aiming to increase the technical competency of the workforce,” said Petkie, “and we think that this partnership will go a long way to making that a reality.”