Holding the 100th and final GradNation community summit in Worcester—with its rich diversity and at a school where 22 percent of students come from 84 different countries—seemed appropriate as over a hundred people gathered for the event March 17 in Alden Memorial. 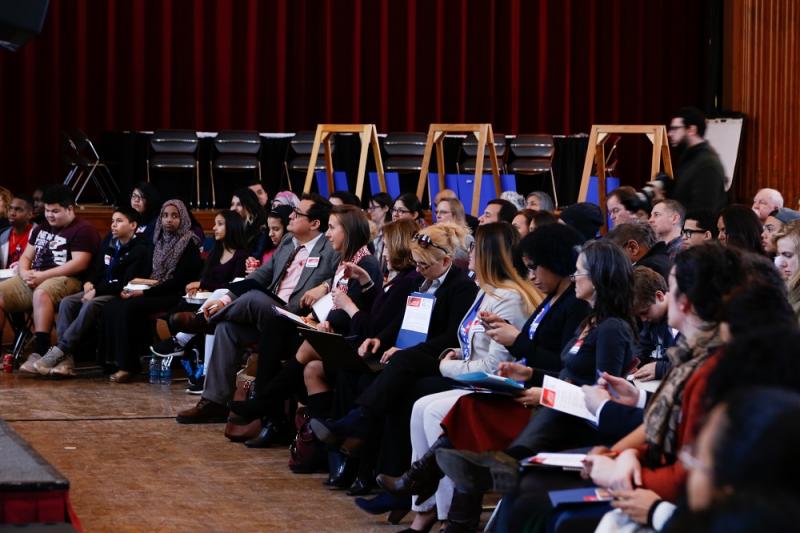 The summits, held in 38 states with more than 20,000 participants over the last four years, are part of AT&T’s Aspire initiative, which invested $350 million in education from 2008 to 2017 aimed at removing barriers to academic success and increasing opportunities for youth, regardless of age, gender, or income, according to the emcee, Nurys Carmago, regional director of external affairs at AT&T.

The panelists asked those in attendance, including state and local officials, faculty, staff, and students from Worcester State University and area high school students, what they could do to recommit themselves to students in Worcester and to young people growing up in challenging circumstances.

Graduation is a key starting point in life, and with nearly one of five students—about 28 percent of them African American and 24 percent Hispanic—failing, nationwide, to graduate with their class, children need to be encouraged to voice what changes are needed for them to succeed, said Krista O’Connell with America’s Promise Alliance, which partnered with AT&T.

Linda Carre Looft, assistant vice president for government and community relations at WPI, said that 22 percent of WPI’s 1,400 students who come from other countries bring a rich cultural and language heritage to the campus and the wider community, providing a broader perspective for all.

“We know that our graduates will need multicultural competencies if they are to succeed in today’s global market place,” she said. “They gain those competencies by working in the community or through our Global Projects program.” 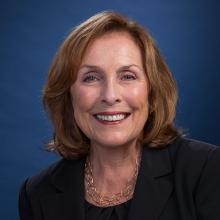 That program sends students and faculty to more than 45 off-campus locations across six continents, she said, with centers recently added in Ecuador, Israel, Panama, and England. There are also language immersion and exchange programs offered, as well as student associations and organizations on campus that support multiculturalism, she said.

Keynote Speaker Margaret Burns, a researcher in bilingual and multicultural education, said with high-stakes standardized tests given in English, many bilingual students are taking them before they are fluent in English (with proficiency taking up to 12 years) and before they’ve realized their academic potential.

In a country where gifted and advanced placement programs are geared toward English-speaking students and where those who come from English-speaking homes are praised for becoming bilingual, Latinos are expected to speak English and work significantly harder in school while learning it, people must look at opportunity gaps for all students, Burns said.

Looking at opportunity gaps shifts the responsibility from students to educators and others, and forces them to look at what opportunities are not being offered to students who do not come from English-speaking homes, she said.

Keynote speaker Leigh Patel, a writer, educator, and sociologist, said language is often used to marginalize people and put them off to the side.

She asked the audience to think about who gets to ask the questions, “Where are you from?” and “Why are you here?” and what those questions mean to people from different backgrounds, including Native Americans.

“What are you? How you answer the question is many things to many people,” Ms. Patel said. “… When you hire people, don’t get confused because someone has an accent, that they think with an accent. When you get to those positions, leave the door open after you get in.”

She asked the audience to start with the question, “Who is the smartest person you know?” and to not confuse it with achievement and intelligence based on grades and degrees.

She also encouraged them to “flip” questions they are asked that do not allow them to communicate their intelligence and excellence because they are asked from narrow, sometimes biased, perspectives.

“Never let single measures of language capacity fool you into thinking you don’t have wide excellence and intelligence,” Ms. Patel said. “Otherwise, the question doesn’t allow us to tap into our experiences.”