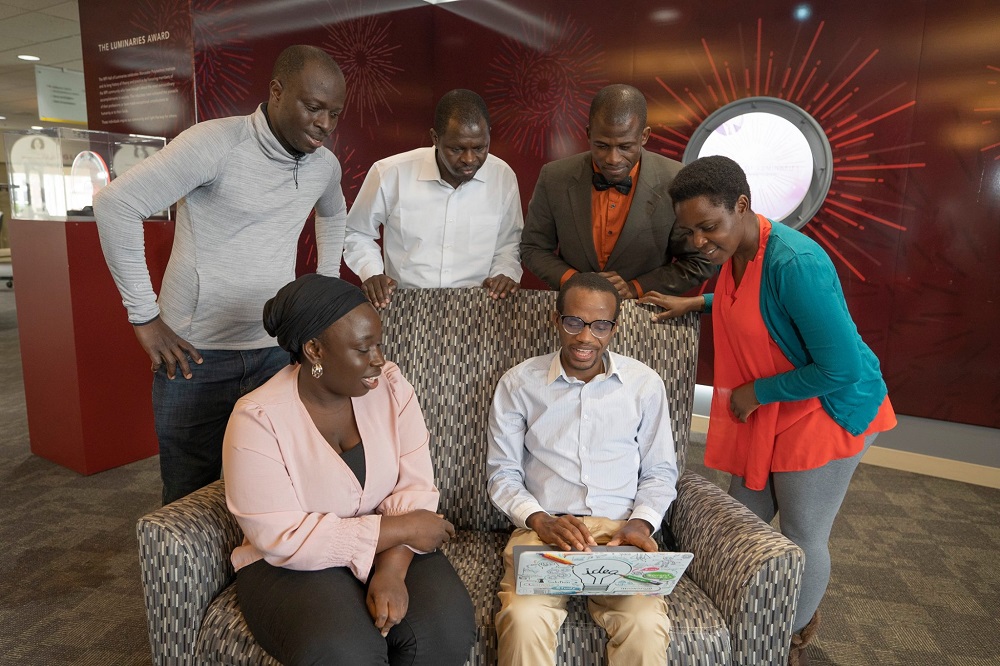 Supported largely by African governments and other donors, including the Government of South Korea and the World Bank, the program aims to build a critical mass of researchers and university professors in Africa

As a boy growing up in a remote village in Kenya’s Rift Valley region, Richard Kipyegon Koech would spend evenings studying by a kerosene lamp. The smoke smudged the walls of his thatched-roof hut and irritated his lungs. At times, he would have to turn away from his work.

“If I coughed, it could make the light go out,” Koech remembered. “If I did not have a matchstick, it would interfere with my studies.”

Years later, Koech is still immersed in his studies, having realized early on that education would lead him to a better life. He is among six African PhD students spending two years at WPI courtesy of the Regional Scholarship and Innovation Fund (RSIF) of the African-led Partnership for skills in Applied Sciences, Engineering and Technology (PASET).

Koech is researching perovskite solar cells with a flexible substrate—a cheap, clean, and readily available source of power and light.

“I would like to use the knowledge for people in remote areas so they will not have to go through the problems I went through during my studies,” Koech said. His advisor at WPI is Kehinde Oyewole, assistant research professor of mechanical engineering. His supervisors at the African University of Science and Technology (AUST) are Professor Esidor Ntsoenzok and Dr. Abdulhakeem Bello. His advisor at AUST is Dr. Vitalis Anye.

WPI Senior Vice President and Provost Winston Soboyejo is an advisor to PASET, founded seven years ago by the governments of Senegal, Ethiopia, and Rwanda with support from the World Bank. The initiative now has nine African governments contributing to RSIF: Burkina Faso, Ivory Coast, Ghana, Kenya, Rwanda, and Senegal, with Benin, Nigeria, and Mozambique in final stages of signing agreements. Tanzania is also in the pipeline.

Its mission is to lift the economy in Sub-Saharan Africa by strengthening science, technology, and engineering. Its Regional Scholarship and Innovation Fund aims to build a critical mass of researchers and university professors by supporting African PhD and postdoctoral candidates in the areas of information and communication technologies, including big data and artificial intelligence; food security and agribusiness; minerals, mining, and materials engineering; energy, including renewables; and climate change. 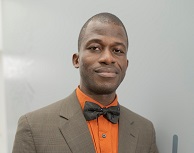 Soboyejo was instrumental in bringing the six RSIF PhD candidates from PASET’s inaugural class of 15 to Worcester. WPI is the first university in the U.S. to receive and host these African PhD students. Virginia Tech is the program’s other U.S. partner university; other students are studying in South Korea. More universities worldwide are on tap to join the partnership next year.

Each of the PASET scholars have completed one year of doctoral studies at their home universities in Africa and are spending two years at their partner schools before returning home to complete their final year before earning their degrees.

The program fulfills WPI’s commitment to global impact in its graduate programs, according to Dean of Graduate Studies Terri Camesano. She noted that WPI professors are embracing the opportunity to mentor these African PhD students, share their knowledge and strengths, and contribute to important research in areas not just critical to African countries but to the entire planet.

Alex Wyglinski, professor of electrical engineering and robotics engineering, is working with two of the scholars—Emmanuel Effah of Ghana and Fatoumata Thiam of Senegal. Both are enrolled at the University Gaston Berger in Senegal and researching ways to apply the Internet of things to solve irrigation problems and water pollution.

"It's a wonderful opportunity for WPI to be part of a program that contributes to the professional growth of the next generation of African professors as they conduct research into some of the most difficult global challenges of today, including climate change and sustainability," Wyglinski says.

Plans include bringing more PASET scholars to WPI in coming years and using the program as a template for training future university professors and researchers in other parts of the world.

“In many of these cases, these students are already hired as faculty at universities across Africa," Soboyejo says. "At the end of their PhD programs, they have jobs to go to where they can take the rich experience that they have gained and spread their knowledge in a way that will have a big impact on the landscape of higher education in Africa. I think more and more places will share in the WPI approach to higher ed in ways that will be enabled by this program.”

Fatoumata Thiam is full-time doctoral student at the University Gaston Berger in Saint Louise, Senegal under the supervision of Dr. Maissa Mbaye. She is studying computer science and working with Wyglinski and assistant professor Ulkuhan Guler on using artificial intelligence and the IoT to understand and solve irrigation problems in the Niayes area of Senegal. She is looking forward to sharing what she learns at WPI when she returns home.

“WPI is very different from home,” she says. “I am working with high-level professors, and that is very good for our career. We have access to resources to enhance our knowledge in rhetorical science. The environment here is very favorable to be productive.”

Also enrolled in the program are David Afolayan of Nigeria, who is working with Carrick Eggleston, professor and department head of Civil and Environmental Engineering, and Mingjiang Tao, associate professor of Civil and Environmental Engineering. Jeanne Pauline Munganyinka and Jean Baptiste Habinshuti, both of Rwanda, are working with Brajendra Mishra, professor of mechanical engineering and director of WPI's Metal Processing Institute. Afolayan’s and Munganyinka’s supervisors at AUST are Dr. Richard Amankwah and Dr. Adelana Adetunji, respectively. Baptiste’s supervisors at AUST are Dr. Adelana Adetunji and Dr. Grace Ofori Sarpong of AUST.

Department(s):
Office of the Provost