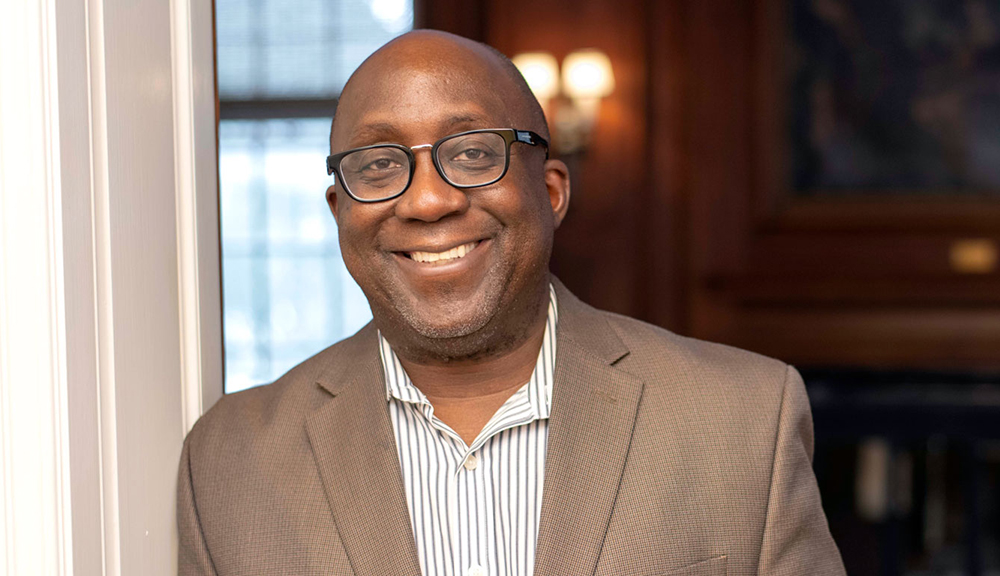 Provost Soboyejo came to WPI from Princeton University, where he was a professor of mechanical and aerospace engineering and a renowned materials scientist and engineer. He also brought impressive accomplishments in international development, and a noteworthy record of building global research and educational partnerships. For two years, he led WPI’s School of Engineering. In September 2018, he agreed to suspend his duties as the Dean of Engineering and serve as WPI’s interim Provost.

“During the year Dr. Soboyejo served as WPI’s interim provost, he worked diligently alongside so many other committed faculty and staff to improve and expand WPI’s academic enterprise,” said WPI President Laurie Leshin. “He has guided the university toward building stronger internal and external collaborations, helping our community focus our collective talents on addressing even bigger global challenges and opportunities through our research and our project-based approach to education. Leading an academic enterprise requires the strong academic credentials that Provost Soboyejo brings, as well as the capacity to understand and manage complex issues, make difficult choices, provide mentorship and guidance, and bring people together. The university is better for his service, and I look forward to continuing our partnership as we work to move WPI forward.”

Soboyejo’s research focuses on biomaterials and the use of nanoparticles for the detection and treatment of disease, the mechanical properties of materials, and the use of materials science to promote global development. Recent projects include the use of nanomaterials for targeting and treating cancer; a shear assay technique for the measurement of the mechanical properties of biological cells; projects that are using science and technology to address global grand challenges in the areas of energy, clean water, affordable housing, and education for people in the developing world.

"At this point in time, advances in science and technology are developing at a rapid pace, and the world desperately needs more scientists and engineers who know and care enough to create solutions to great problems in ways that are informed by global context,” said Soboyejo. “Through purpose-driven research and project-based learning, WPI will make that possible. This is an amazing time to be here, and I am truly honored to have been named provost. I look forward to working with President Leshin and the entire WPI community to lead the next industrial revolution, and continue to transform teaching and learning for greater impact."

Born in Palo Alto, Calif., Soboyejo grew up in western Nigeria, where his father was a professor of mechanical engineering at the University of Lagos. He earned a BSc in engineering at Kings College in London and a PhD in materials science and metallurgy from the University of Cambridge before coming to the United States in 1988 to accept a position as a research scientist at McDonnell Douglas Research Laboratories in St. Louis, where he was also an adjunct assistant professor at the University of Missouri. He then worked as a principal research engineer at the Edison Welding Institute in Columbus, Ohio, before becoming an assistant professor in the Department of Materials Science and Engineering and a faculty fellow in the Center for African Studies at The Ohio State University.

Since 2004, Soboyejo has chaired the African Scientific Committee of the Nelson Mandela Institutes, which was founded with the mission of bringing excellence in science and engineering to Sub-Saharan Africa. Among its goals is the establishment of a network of Pan-African research institutes modeled on the elite Indian Institutes of Technology. The first of these centers of excellence, founded in 2007, was the African University of Science and Technology (AUST) in Abuja, Nigeria, Soboyejo first served as Vice President for Academics, Research, and Innovation at AUST from January 2011 to January 2012, and then as President and Provost of AUST from January 2012 to August 2014.

During his time at WPI, he has helped to develop The Center for Global Public Safety, an interdisciplinary research and innovation initiative that brings together industry leaders and universities from around the world to lead an integrated effort to improve global public safety. Soboyejo also worked with the World Bank and the New Jersey Center for Teaching and Learning to bring the first Mathematics and Science for Sub-Saharan Africa Conference (MS4SSA) to campus. This two-week conference brought education stakeholders from 15 African countries and over 150 development partners from around the world to explore global best practices and develop strategies to improve math and science opportunities for students. He was also instrumental in bringing two dozen outstanding PhD scholars from Africa to WPI to further their research efforts in areas such as biomaterials, materials for energy, and multifunctional materials through the Pan African Materials Institute (PAMI).

Soboyejo is the author or co-author of four textbooks and more than 360 papers in peer-reviewed journals. He has had over 180 presentations published in conference proceedings and has edited 20 conference proceedings and journal special issues. He is a Fellow of the American Society of Mechanical Engineers (ASME), the Materials Society of Nigeria, the Nigerian Academy of Science, and the African Academy of Science.

Department(s):
Office of the Provost