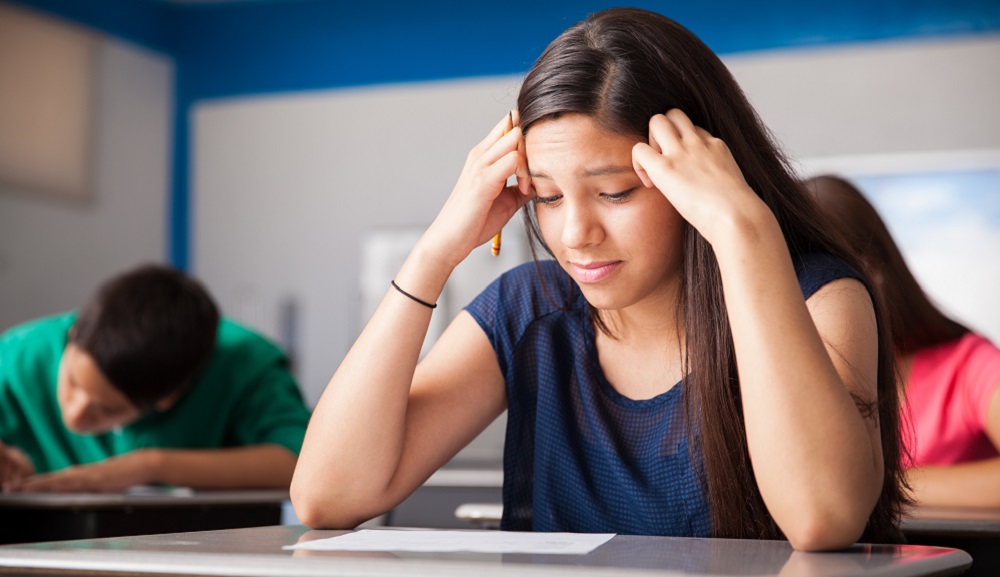 Ask almost any high school junior or senior about the SAT and you’ll likely get an eye-roll at best and a look of abject horror or a story of paralyzing test anxiety at worst. The standardized test (and its counterpart, the ACT) is the oft-dreaded but assumed by many to be the necessary standard for getting into college.

But the focus on the test score itself has created an unprecedented—and, many say, unhealthy—student fixation on one aspect of the college admissions process.

Ten years ago, WPI took the bold stance of making test scores optional, messaging to students that admissions decisions are based on their demonstrated academic achievement over four years of high school. It’s a point of pride for the university.

“We are committed to not contributing to the hype associated with standardized test scores,” says Kristin Tichenor, senior vice president, enrollment and institutional strategy. “We have a holistic review process, and our test-optional admissions policy shows we care about more than just the numbers. It also makes WPI more accessible to underrepresented populations whose standardized test scores have historically underpredicted their academic success: women, minority students, low-income students, and first-generation students.”

WPI has always used standardized test scores as just one element of a student’s application portfolio. As the university became more selective, it became clear that prospective students were spending a disproportionate amount of time prepping for and worrying about a test that only served to supplement a student’s academic record.

In addition, the test showed a perceived bias toward students of higher socio-economic status and who had more educational and social opportunities in general. All those factors directly contradicted WPI’s longstanding tradition of being accessible to first generation, working-class students. In 2007, after three years of intensive study by a faculty subcommittee and with a referendum of support from the Student Government Association, WPI adopted a test-optional admissions policy.

“The SAT was never a driving factor in the admissions process or in predicting a student’s success at WPI,” says Tichenor. In fact, she says, the test only purports to predict a student’s success during the first semester of freshman year at college.

The Educational Testing Service makes no claims about the SAT’s predictive validity in terms of graduation rates or predicting a successful overall college experience. Given WPI’s emphasis on applied problem solving, the rigor of a student’s high school transcript, work ethic, motivation to succeed, and ability to bring value to group work are much more accurate predictors of their potential to succeed.

“At the end of the day, our biggest question is, ‘Are they going to thrive at WPI?’” -Andrew Palumbo

However, the barriers standardized tests present to many students—particularly those in underrepresented groups—cannot be ignored.

“Many women self-select out of science and engineering–intensive colleges and universities,” says Tichenor. “They worry that the STEM culture is going to be hypercompetitive or that it’s not a good fit.” As a test-optional school, WPI sends a clear message that the institution values their experience, their drive, their innovation, and their creativity. “Our messaging about the WPI culture says they are welcome here,” she says.

Over the past decade, the policy has received support and pushback. Some worry that a test-optional status lowers the standards for admission. As WPI marks its test-optional 10-year anniversary, it has the hard facts about how the move has led to a stronger and more diverse applicant pool and student body.

“Even more impressive, the percentage of incoming students with a GPA of 3.75 or greater has grown from 48 percent to 77 percent,” she points out. “WPI has made dramatic gains in both quality and diversity over the last 10 years. The most emphatic data point on that score was the gender breakdown the Class of 2021: 44 percent women!  And for those worried about their capacity to succeed at WPI, the four-year graduation rates for women are currently 10 points higher than those for men.”

Since going test-optional, applications from women have grown by 81 percent. Minority students’ applications have increased by 156 percent. Applications from those in both categories have jumped 232 percent in the past 10 years. And no one can argue with these numbers—WPI recently welcomed the class of 2021, which is 44 percent women, the highest such percentage ever.

SAT scores are a measure of some capabilities, but not all, says Andrew Palumbo, dean of admissions. WPI wants to attract students who will thrive here and those students aren't necessarily the ones who cram for the SAT at the expense of other interests and pursuits.

“Testing agencies help feed the media and public perception that test scores are the great equalizer,” says Palumbo, but the tests do not take into account everything else that makes a student distinctive. And a perfect test score doesn’t give an indication if a student will find a good fit at WPI, where collaboration, project work, and thinking outside the box are essential.

“A high score on the SAT certainly can illustrate academic strength in certain content areas and an ability to perform on standardized assessments,” he says. “But if you don’t score high, it doesn’t mean you aren’t an intelligent or academically talented individual. The SAT is not, as many assume, an intelligence test.”

WPI’s test-optional process over the past decade has been dynamic. “This marks an evolution of our admissions policy," says Palumbo, "and making that policy match our distinctive approach to working in groups, problem solving, and creative thinking.”

As a replacement for the SAT score, WPI applicants were asked to submit a supplemental project (their best presentation, for example). But the Admissions Office found that requirement also posed challenges for students who might not have access to the materials, time, or mentors who could help them pull a submission together. The decision to submit additional materials is now optional for any student applying to WPI.

The admissions team finds a more complete picture of a student in the supporting materials relating to summer jobs, volunteer experiences, independent research, internships, designs, portfolios, or even inventions to show what a student is passionate about and how motivated he or she is to make real change in the world.

“At the end of the day," says Palumbo, "our biggest question is, ‘Are they going to thrive at WPI?’”