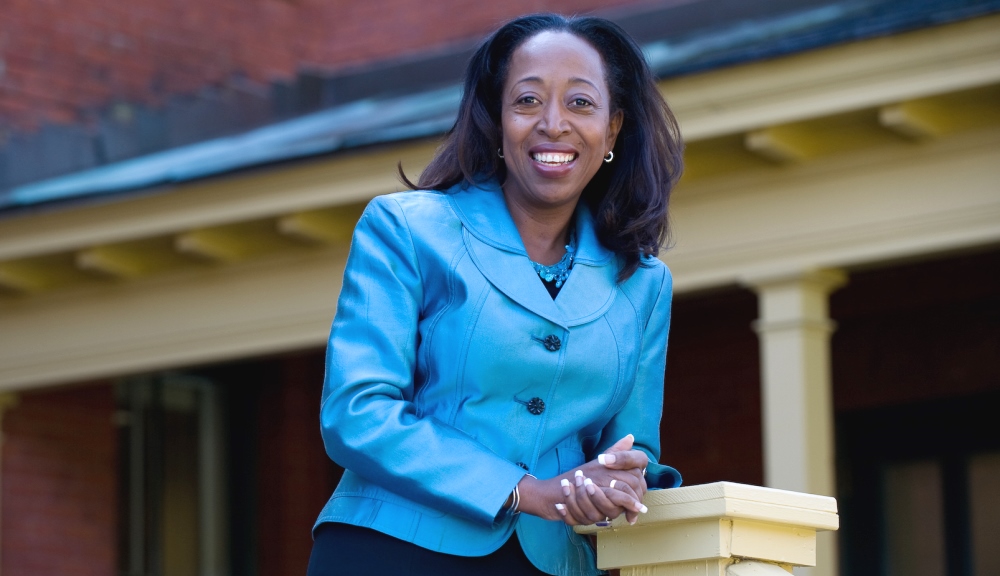 Following a national search, Worcester Polytechnic Institute (WPI) has named Jean King, PhD, a widely respected neuroscientist and researcher, as the Peterson Family Dean of Arts and Sciences. King is currently the vice provost for biomedical research at the University of Massachusetts Medical School, a tenured professor of psychiatry, radiology and neurology, and director of the Center for Comparative Neuroimaging there. She will join WPI in September and succeeds Karen Kashmanian Oates, PhD, who served as dean since 2010.

“Jean King has demonstrated an active passion for the arts and sciences through both her own work at UMass Medical School and her ardent support of students, faculty, and others who share a devotion for the pursuit of scientific knowledge and learning,” said Bruce Bursten, WPI's provost. “Over the years she has supported numerous collaborations between WPI and UMass Medical School in the biomedical and life sciences and has become a familiar colleague to many on campus. We are delighted to have her join us in this important role that will allow her to have an even wider impact.”

As Dean of Arts and Sciences at WPI, King will lead seven academic departments (Biology and Biotechnology, Chemistry and Biochemistry, Computer Science, Humanities and Arts, Mathematical Sciences, Physics, and Social Science and Policy Studies) and interdisciplinary programs in Environmental Science and Interactive Media and Game Development.

“WPI’s distinctive approach to project-based learning, cutting-edge discoveries, and research—in addition to its commitment to excellence in arts and humanities along with STEM—make this university a very special place for fostering the next generation of innovators,” King said. "I am delighted and honored to join the WPI community and hope to help catalyze new collaborations and discoveries that will benefit not just our community but communities across the globe.”

Throughout her career, King has held increasingly significant leadership roles in the scientific and academic communities at the local, regional, national, and international level and serves on numerous executive and/or advisory committees of scientific organizations, including the Institute of Neurobiology in San Juan, Puerto Rico. She serves on the scientific council for the National Institutes of Health (NIH).

She has also been a passionate mentor and advocate for young scientists and received the UMass President’s Service Award in 2012 and the university’s Outstanding Mentor Award in 2016. She received the prestigious ELAM (Executive Leadership in Academic Medicine) Award at Drexel University, which provided her with the opportunity to develop and refine a comprehensive micro-communities model of mentorship to support early faculty development. King has been a major contributor as co-director, teacher, and mentor for underrepresented students in the Summer Program in Neuroscience, Excellence and Success (SPINES) at the Marine Biological Laboratory at Woods Hole.

King received her doctorate in neurophysiology from New York University and focused her postdoctoral work at Emory University on the effects of stress and hormone interactions on a variety of cognitive, emotional, and social behaviors in human infants. At UMass Medical School, where she has been on faculty since 1994, her work includes not only neurophysiology, neurochemistry, and behavior, but related magnetic resonance imaging (MRI) technical and methodological development, as well. Her research interests include the use of novel multimodal neuroimaging techniques to explore the impact of stressors and addiction on neural networks, as well as the neural mechanisms underlying comorbidity in disorders like attention-deficit/hyperactivity disorder (ADHD), posttraumatic stress disorder, and traumatic brain injury.

King’s work has been consistently funded for more than two decades by organizations such as the NIH, the National Institutes of Mental Health, the National Institute of Drugs of Abuse, the National Science Foundation (NSF), the National Cancer Institute, the Centers for Disease Control, and the American Association of University Women, among others. She has published more than 80 original scientific papers in highly respected international scientific journals and more than 10 book chapters and review articles in major neuroscience journals. She has been a scientific consultant for the NSF, the NIH, and the Veterans Administration, and she holds several patents for technical and methodological advancements in the investigational use of MRI.