Councilor Role for Sakulich on Council on Undergraduate Research

Aaron Sakulich, assistant professor of civil and environmental engineering, is a co-director of the WPI Panama City Project Center. He has also advised student projects in Morocco.

These days, he’s wearing yet another hat—as a newly named member of the Washington, D.C.-based Council on Undergraduate Research (CUR). He found out this past winter he’d been accepted, based on a 200-word bio he sent to CUR. 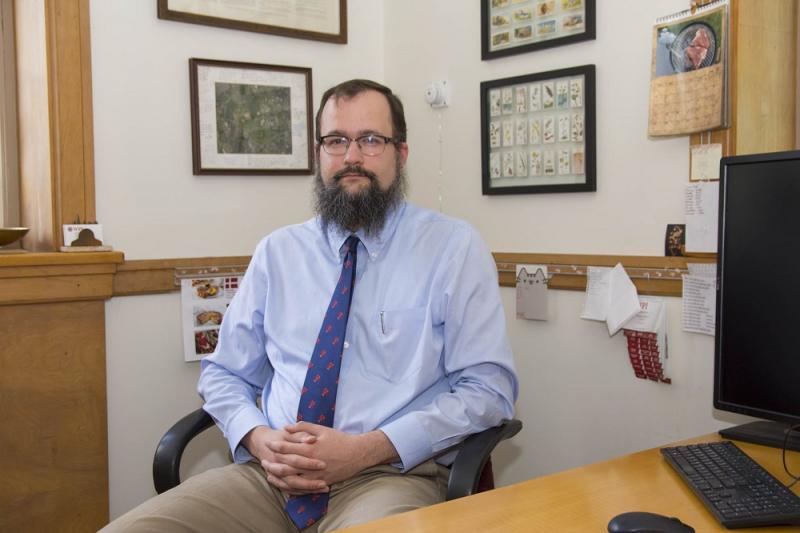 “The organization, in general, has a solid reputation,” says Sakulich, who has written an article for CUR's journal. “There are several different divisions with 24 councilors rotated out every three years.”

With Laureen Elgert, WPI assistant professor of social science and policy studies, Sakulich wrote an article on establishing undergraduate project centers in Cuenca, Ecuador, and Panama City this past spring. He said many people mentioned to him that they’d seen the piece.

CUR and WPI are a good fit, Sakulich says. For one, the research focus of both institutions aligns well.

Though he hadn’t attended CUR's “annual meeting” in Flagstaff, Ariz., yet, Sakulich says that CUR councilors work with staff members to set up initiatives such as program review services, CUR Fellows Awards, and Posters on the Hill, where undergraduate students are invited to set up posters on their research efforts on Capitol Hill and speak with members of the Senate and Congress about their projects.

Posters on the Hill involvement is one of the ways in which Sakulich is hoping to serve the Council. He has nominated students for it and reviewed applications.

“That’s one of the ones I’m personally interested in. I’m pretty organized, good at logistical arrangements. I’m also hoping to get involved in any study abroad-type efforts and off-campus research type of things,” says Sakulich, who will be advising IQP students in Namibia next year.

At CUR’s Annual Meeting in Flagstaff in May, new councilors like Sakulich learned the various committees available to them, the structure of the organization, and the plan for the coming year. He will attend a conference on undergraduate research in Arizona, as well.

“The organization and WPI seem like a real natural fit,” Sakulich says. “I’m looking forward to it.”