When Martin Burt, founder of Fundación Paraguaya and Poverty Stoplight, arrives for his twice yearly social entrepreneur-in-residence stay at WPI, students, faculty, and staff know he will dramatically change how they see something in the world. But many don’t realize that the accomplishments of the humble and down-to-earth Burt are widely lauded on the world stage.

Fundación Paraguaya was one of only 12 innovative international organizations recognized during the United Nations Solutions Summit for developing solutions toward the 17 Sustainable Development Goals. And Burt’s Poverty Stoplight upends the ideas and traditional approaches to eradicate poverty by empowering families and developing metrics to help entire communities. 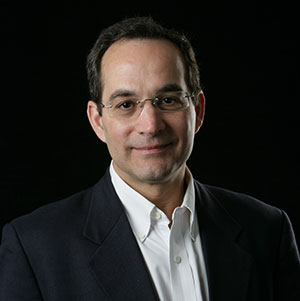 “This is being able to crack the code of poverty,” Burt says about Poverty Stoplight’s focus. “Poverty is about more than money. And the solution for poverty isn’t more money. It has to do with other issues.” Those other issues figure prominently in Burt’s plan to help people. “You have to have self esteem, a capability to plan and to budget, to have a life plan, and to resolve conflict,” he says.

While Burt’s wish isn’t revolutionary, his approach is. “We are lucky to have Martin here,” says Kristin Wobbe, associate dean of undergraduate studies and a professor of chemistry and biochemistry, who has worked closely with Burt since he began as WPI’s social entrepreneur in residence in 2011. “His global influence cannot be understated, and he shares invaluable insight with our students. He is asked to go all over the world to help people who struggle with poverty and is doing awesome things in his work.”

Poverty Stoplight gives families the ability to assess their own situation using a simple-to-navigate app system with six dimensions: income and employment; health and environment; housing and infrastructure; education and culture; organization and participation; and interiority and motivation. When families evaluate their own standing, they become motivated to see the ways they can take steps to get out of poverty. Poverty Stoplight uses these answers to establish metrics and create a bigger picture for the needs of a whole community. The self-identification removes assumptions that could be placed on a family from people who want to help, but are removed from the culture, community, and family situation.

According to Poverty Stoplight, “more than 24 organizations in 20 countries are adapting and implementing the Poverty Stoplight methodology in their programs and projects.” Social organizations and businesses are also finding this scale-up strategy works with their own efforts as well, spreading the influence into even more applications of helping people.

“Everything we know about poverty is weirdly wrong,” Burt says, and poverty means something different in every community. “This turns the welfare system on its head. The family now has agency and self-efficacy. This is key. They establish a family-based plan to overcome poverty. That is what we are aiming at—appealing to the dignity of every person.” 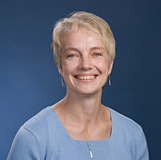 The charismatic and energetic Burt is a member of many boards of directors, including the Schwab Foundation for Social Entrepreneurship at the World Economic Forum and the Global Foodbanking Network; he has served as chief of staff to the president of Paraguay, was elected mayor of Asuncion (his hometown), was appointed as Paraguay’s vice minister of commerce, and founded two nature conservation institutions in Paraguay. He formed a WPI connection years ago when he and Diran Apelian, founding director of the Metal Processing Institute and a professor of mechanical engineering, met in Qatar at a World Innovation Summit for Education (WISE) program. Burt was receiving the 2009 WISE Prize for Education and discussing Fundación Paraguaya’s financially self-sustainable farming high schools. Apelian was presenting WPI’s innovation model. The two saw similarities in how learning is enhanced by doing.

The following year, they were members of a judging panel and their discussions about transformative project work revealed a common approach to how regular people can change the world.

“Our experiential learning model is similar to WPI’s,” Burt says, and his initial invitation to share his knowledge and experiences with the WPI community blossomed into regular weeklong appearances in A- and C-Terms when his schedule is jam-packed with everything from addressing Great Problems Seminar sessions to meeting with students from Paraguay. Burt’s Fundación Paraguaya also sponsors six IQPs at the Paraguay Project Center, so he meets with students who have been or will be going there.

Burt’s wife, Dorothy Wolf, is the local coordinator in the Paraguay Project Center, so she is on campus during the visits to facilitate the student experience and training before they travel. In addition to his work with the Paraguay Project Center, he acts as a liaison with WPI alumni in Paraguay (and in his general travels). He encourages WPI’s emphasis on developing technically skilled engineers who have the compassion and empathy necessary to understand how behavior and culture interact with social systems.

“We are trying to show WPI students how honorable, practicable, and fun it is to apply WPI engineering skills to social problems,” he says.

“We are lucky to have Martin here. His global influence cannot be understated, and he shares invaluable insight with our students.” -Kristin Wobbe

Burt teaches the students about assumptions and how an awareness of any bias can impact students’ work. “When Martin talks to the students in the Great Problems Seminar, he talks about having a good attitude to go into the world with,” Wobbe says. “He will say, ‘Is this a problem because you think this is a problem? Do they see it as a problem?’”

Burt’s arrival often correlates with the time when GPS students are choosing the problem they want to work on for their project, says Wobbe, so his perspective is invaluable. “It’s a tipping point in helping our students think,” she says.

Anyone who talks with Burt is changed by his compassionate and energetic approach to eliminating poverty in the world. “I want to afford people the chances I had,” Burt says simply. Not everyone has a mentor or a family member who can show them how to find a job, be a good employee, manage their finances, run a household, or get an education, he explains. Without that guidance, many people remain in the cycle of poverty. But showing people that they can take steps forward and how to do that can transform their lives, he says.

“That’s the reason I get along so well with WPI," says Burt. "It’s unleashing the trapped energy people have.”