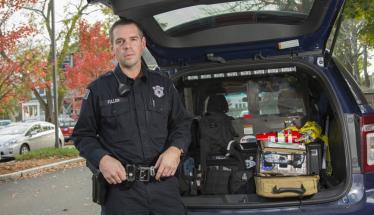 In conjunction with WPI’s Office of Human Resources, the WPI Police Department is offering several Critical Incident Training sessions next week to help employees stay safe and be prepared for any kind of crisis or threat on campus.

“This is offered so employees understand what their options are in an incident,” says Officer Stu Fuller, an eight-year veteran of the WPI department who is leading the sessions. While a campus environment, especially one as close as WPI, often feels insular, one only has to read the news to know it’s not. “That’s human nature,” says Fuller of feeling somehow protected in this environment. “One of the reasons we are doing this is to push people out of that idea. We want them to think ahead, prepare their mindset, and go from there.” 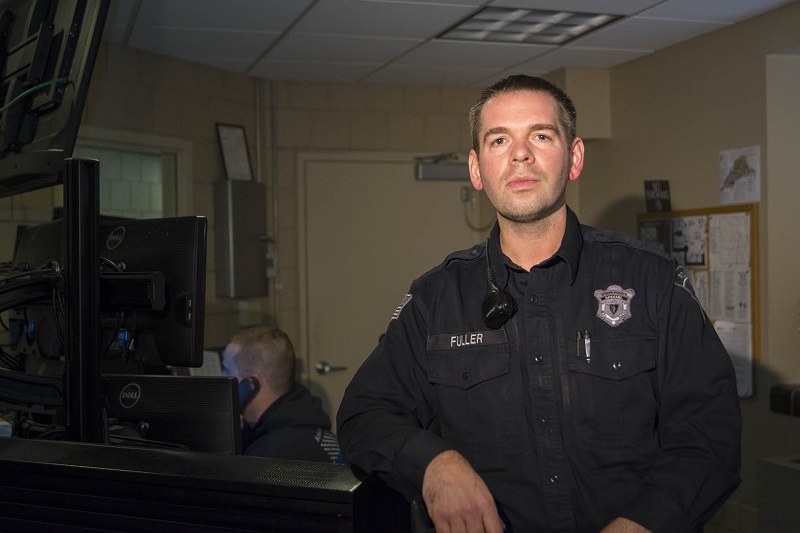 Since the last training sessions were offered, threat scenarios on the world stage have changed dramatically. “There are so many stories in the news about all kinds of incidents,” says Melissa Luzzo, a talent and human resources specialist. “Before it was about having an active shooter situation in an environment or on a campus. Now it could be anything from someone finding a suspicious bag on campus to someone is in your office space and you need to get out quickly.”

“We used to do this for an active shooter situation,” says Fuller, but with new threats including deadly truck attacks that are becoming more common, the scope needed to broaden. The core goal remains the same, he says. “You look at the OODA loop—observe, orient, decide, and act. It’s about assessing what’s around you, analyzing that data, and putting that into action.”

The police department has responded to these new potential threats with additional training, cutting-edge equipment (from an explosive-detecting dog to trained FBI negotiators to fiber optic cameras that can go under doors), and a constantly updated awareness, Fuller says. The Critical Incident Training sessions have been revamped to ensure employees are prepared for any number of situations. Fuller says the department has plans to get the trainings to students as well, although the information will be modified for student life.

Employees who enroll in the trainings will get a sense of the broad picture of how WPI prepares and how their own actions can help. They will learn options when faced with a situation they didn’t expect. From a robbery to a casualty situation, if a person isn’t equipped with some idea of what to do, they could put themselves and those around them in danger. The sessions will include some first aid training so employees will be able to offer assistance when, and if, it’s ever needed. 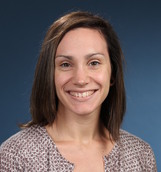 As Luzzo says, the trainings are to make employees feel and be safer on campus, but they will spill into their lives off campus as well. “If you go through the training and you have the tools, you can help others if you are in a situation somewhere,” she says. “If someone else is panicking, you can say, ‘I can help you. I know what to do.’”

The training is not meant to scare employees, although it’s bound to be disconcerting to think of threatening situations on campus or the surrounding areas. Fuller wants to offer the reassurance of preparing employees while also informing them of all the Campus Police and university does behind the scenes to support them. “I look at threat assessment as a puzzle,” he says, noting that residential, counseling, police, and academic departments are all pieces of the WPI puzzle. With that network, more people on campus are aware and alert to potential problems. For instance, the WPI CARE Team meets weekly to share information about any potential issues on campus.

Fuller wants people on campus to feel empowered by the training and to know they aren’t alone. “Sometimes people feel like they need permission to call us,” he says. “They need to know they are not wrong.” If there’s an unusual person in your workspace who is acting oddly, call the police department to check it out. “Be attuned to what feels normal for your work area,” he says. If someone’s actions or behavior are making you uncomfortable, trust your instincts. The department is willing and able to come check it out. The department will also come to areas on campus to assess with employees their risk and their potential escape routes. Classes will discuss the options of run, hide, or fight and how to decide which one to use. “Running is not always your option,” says Fuller. “It’s not always the smart play.”

“People don’t normally think of this stuff,” says Luzzo. “But when something happens, hopefully you can take what you know and kick it into gear. You can pull that training to the front of your brain. Without that training, you have nothing to fall back on.”