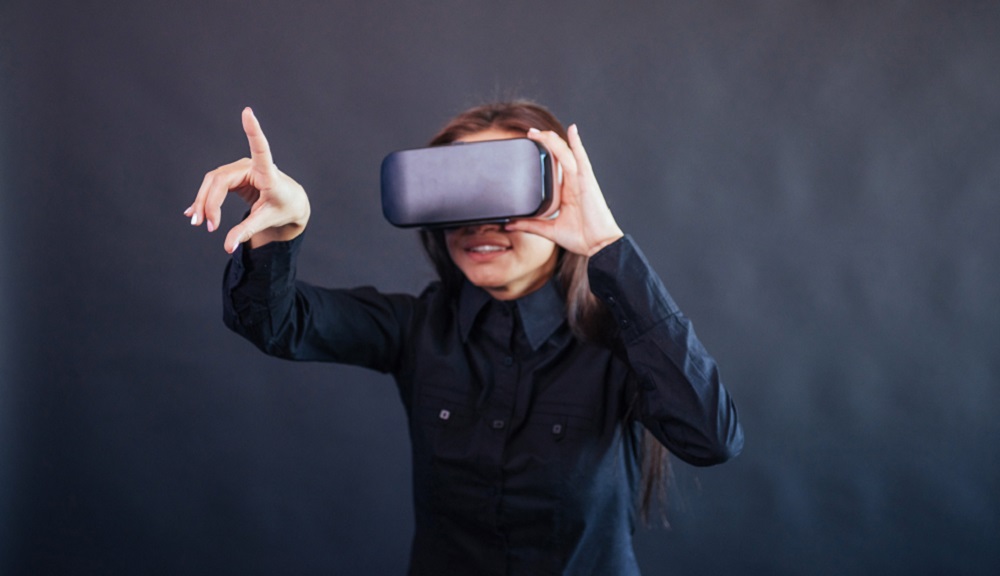 WPI Weighs in on Backlash Against Women-in-Tech Movement

Women encouraged to “stay the course” in tough, yet lucrative, field

Last spring, when an internal memo written by a Google employee suggesting women are not biologically or temperamentally suited to the high-stress tech environment was leaked, it sparked outrage across the industry.

At WPI, proponents of gender parity were disappointed—but not surprised.

And when the backlash seemed to grow in reach and intensity—outlined in a striking New York Times article about a movement driven by men in Silicon Valley who are angered, or at least anxious, about the push toward gender parity—there was again little surprise about such divisive talk in an industry that has become largely known as a boy’s club.

“Certainly, there are women who will be driven away by this,” says Jennifer deWinter, director of Interactive Media and Game Development. “But there are motivations for people to hang in there. I think there are always going to be people who are willing to stand up in the face of discrimination, and they have a highly supportive network willing to help.”

DeWinter and others say that now is the time for organizations to double down in their outreach and recruitment efforts, and for women to strengthen their resolve and stay the course in the face of the backlash.

It is an uphill battle. The issue, according to many in and outside of Silicon Valley—the heart of the tech industry—is that there aren’t enough women in the field, which would benefit from a more diverse workforce.

Since the 1980s, the number of women studying computer science and other technical fields has fallen precipitously, dropping from about 37 percent of computer science majors in 1985 to about 17 percent in 2010, according to the National Science Foundation.

And the numbers aren’t looking good in the workplace, either.

According to the National Center for Women & Information Technology (NCWIT), a nonprofit organization that focuses on increasing the number of women involved in computing, women held only 26 percent of computing-related jobs in 2014, down from 36 percent in 1991. And once they’re in tech jobs, retention is a problem, with twice as many women as men dropping out, largely because of what they say are hostile work environments, isolation on the job, inflexible work hours, and a disparity in pay.

Even tech giants like Facebook and Google aren’t immune from the problem, despite being globally known as innovative companies with an open culture.

In 2014 Google reported that 83 percent of its employees were male and that many of its female employees work in non-tech jobs. And in August of this year, Facebook reported that 35 percent of its global workforce is made up of women, though only 19 percent work in technical jobs. The social network, though, also noted that women make up 27 percent of all new graduates hired in its engineering department.

The role of women in technology is largely seen as stalled or even in decline, leading to a growing movement to encourage women to study and work in technical fields.

That’s where higher education can lead the charge.

Universities, like WPI, are working to help launch women into STEM professions. For more than a decade WPI has sought to draw more female students into the tech pipeline, working to build outreach programs and career support for women in tech industries.

Organizations like the Anita Borg Institute, Girls Who Code, and Women in Technology are also encouraging girls and women to find their inner techie and move into what is a lucrative and burgeoning field.

The movement, though, isn’t being met with wholehearted approval and appreciation.

After the Google memo went viral, Facebook pages, along with Twitter and message boards, were littered with complaints that, in a push to include women, men are being discriminated against and oppressed. And, according to the New York Times article, there is an anti-diversity movement that claims feminists in Silicon Valley have formed a “cabal” to “subjugate men.”

“I was surprised about the severity of the backlash,” he says, adding that he thinks the complaints are being raised by a vocal minority. “It has the potential to impact individuals and that’s what I think is harmful. It’s one more challenge for women undergrads in, for example, mechanical engineering, computer science, or chemical engineering, and that’s disappointing given the talent that might be lost to other fields.”

There are significant gains being made here at WPI, though.

Koppi also noted that WPI’s project-based curriculum, which has men and women from different majors and different disciplines working together, fosters an understanding of teamwork and what a diversified group can bring to both the problem-solving and the creative processes.

“Our students learn about how differences contribute to the team,” he says. “It’s about the group’s performance.”

“The numbers of women are increasing, but slowly,” says Sontgerath, who noted that tech represents some of the most lucrative and exciting opportunities in the job market today. “In my opinion, none of this has to do with ability but with the perception of the field as a man’s world. We spend years trying to break down those stereotypes. Then something like this backlash happens and it pushes everyone backwards.”

The backlash isn’t at all surprising to Elke Rundensteiner, professor of computer science and director of Data Science at WPI.

“If [men are] in an environment that’s all or mostly male, they have their own comfort zone,” she says. “If somebody comes and wants to change it, they’re not comfortable anymore.”

“This [backlash] has nothing to do with a woman’s ability to code” or handle other tech work, says deWinter, who has a folder of rape and death threats aimed at her by men who don’t want women in the gaming world, especially women who speak out about the misogyny that has long cast a shadow on the field. “The backlash has always been there, but it’s good news that it’s out in the open now. Policies can now be made once companies hear these voices out loud.

“To calm the backlash, it’s about just staying the course,” she continues, stressing that the drive toward gender parity requires more than simply hiring more women. Companies need to work harder to better retain female workers, who might leave because of inflexible work schedules or feeling isolated or harassed on the job.