WPI Student Athletes of the Week 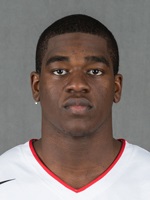 Obi Obiora of the basketball team has been named as the WPI Male Student-Athlete of the Week for the week ending Sunday, Nov. 29. The Boston sophomore paced all players with 22 points and 13 rebounds as WPI rallied from a nine-point second half deficit to defeat city rival Worcester State 57-51 last Tuesday. The returning NEWMAC Rookie of the Year connected on 9-of-17 field goal attempts and gobbled up eight offensive rebounds en route to posting his first career double-double. 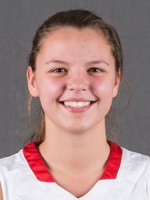 Stasha Greenalch from the basketball team has been tabbed as the WPI Female Student-Athlete of the Week for the week ending Sunday, Nov. 29. Greenalch and her teammates are 5-1 and 1-0 in the NEWMAC after victories last week over Nichols and Emerson. The sophomore guard from Newington, CT came off the bench to lead all players with 12 points as the Engineers opened up conference play with a hard-earned 54-48 triumph over the Lions on Saturday. Greenalch also added six points last Tuesday in the win over Nichols.