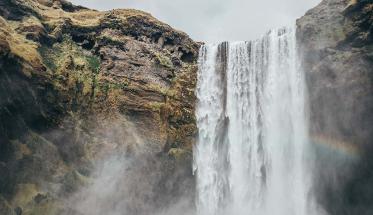 A glimpse inside the pilot year in Reykjavík

The Global Projects Program has added a handful of project centers for students to explore in the upcoming years as part of the expansion of the "Global Projects for All" initiative of the WPI Strategic Plan. One such center is located in Reykjavík, Iceland, and it welcomed its first group of students in A-Term. The center will open officially this coming fall, and from what center director Aaron Sakulich has to say, there’s no lack of interest from the WPI community in visiting the newest project locale. 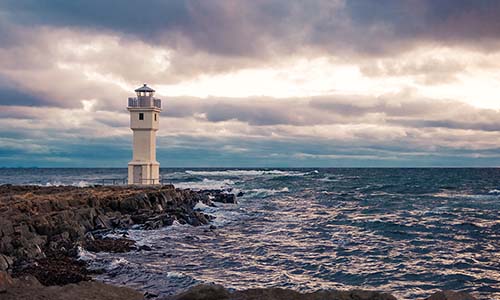 “We were initially just going to send one team [last August], but there ended up being around 80 students on the waitlist, so I thought, ‘Let’s put together three projects so we can send 12, instead,’” he says with a laugh.

“I just really love Iceland,” he says simply. “Someone sent an email to campus asking if anyone had an Icelandic guidebook, and I hit ‘reply all’ with information about currency and ideas of things to do because I’ve been there quite a few times. At the Global Fair, I was asked to look into the possibility of setting up a center there.”

"The Global Projects Program is an important thing that makes WPI distinctive. It's the centerpiece of our educational system, and we've gotten a tremendous response from both students and faculty who want to go to Iceland. Why not take a swing at it?" - Aaron Sakulich

Sakulich says he had thought about Iceland’s potential for a project center location during past visits, but never considered it to be a real possibility. “When it comes right down to it, though,” he says, “the Global Projects Program is an important thing that makes WPI distinctive. It’s the centerpiece of our educational system, and we’ve gotten a tremendous response from both students and faculty who want to go to Iceland. Why not take a swing at it?”

Because the teams were going into Iceland without any professional connections to speak of, their projects took on a bit of a different form when it came to sponsorships. Instead of a local sponsor, professors Ingrid Shockey and Stephen McCauley filled the role, giving students the chance to work on projects that involved collecting data from a range of locations for future compilation and comparison.

Shockey’s team cataloged reactions, stories, and lessons learned in regard to climate change over time, while McCauley’s worked to develop and implement solutions to monitor microplastic pollution on the Icelandic shores. Melissa Belz served as advisor for both teams.

“The project definitely taught us how to improvise and make decisions on the fly,” says microplastics team member Cecilia Schroeder ’20, citing the fact that a particularly important component of their project didn’t end up working at first. “It was a blow to our confidence,” she continues, “but once we figured out a solution, it was smooth sailing. Any issues we encountered after that were relatively easy to fix because of this experience, and it was easier to stay composed while we were working on solutions.”

The third team’s project, sponsored by Sakulich himself, actually involved connecting with potential sponsors—ranging from tourism companies and the city’s municipal bus system to museums and nonprofit organizations—and gauging interest in future partnerships.

“As a team, we had to refine our research, outreach, and presentation skills to encourage organizations to meet with us,” explains Alissa Ostapenko ’20, who says the experience will prove invaluable in her future career, especially when it comes to interacting with clients and business leaders.

“To tell people about the goal of the IQP and WPI’s project-based learning, and then see them light up with all of these ideas that students could work on, it was a great feeling,” adds another member of the team, Jacob DuPuis ’20.

"To tell people about the goal of the IQP and WPI's project-based learning, and then see them light up with all of these ideas that students could work on, it was a great feeling." - Jacob DuPuis

The team’s work proved successful: when the newest group of students arrive in Reykjavík later this year, Sakulich says that there are six confirmed sponsors waiting for them, all stemming from this project—they actually ended up having to turn some sponsors away due to the overwhelming interest.

Although the IGSD team worked tirelessly to ensure that the students and faculty members would be as prepared as possible for their seven weeks in Iceland, there was still a bit of a learning curve to work around.

“There were a lot of little things about the culture and daily life in Iceland that we just had to figure out as we went,” says DuPuis. “It was challenging at times, but a welcome challenge. We were able to take our own experiences and provide a lot of helpful information for students in the future.”

While much of their time was spent working on their projects, the students also took advantage of the stunning natural beauty of Iceland, ranging from whale watches and hikes to concerts and, the pièce de résistance, the Northern Lights, a unanimous highlight for all.

“I dragged my IQP partners out of bed to walk to the lighthouse to see them,” Schroeder says. “We watched for a little while and were about to head home when the lights really started dancing … It’s so difficult to describe, but it was absolutely incredible. And I think it’s safe to say that my IQP partners were fine with me dragging them out of bed after that.”