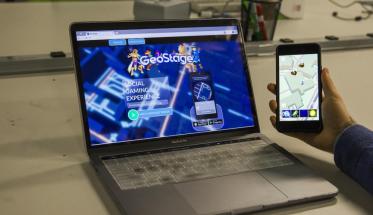 Bringing GeoStage to the World Stage

Brian Keeley-DeBonis ‘18 has got you covered.

Since his sophomore year, the computer science major has been crafting an app called GeoStage, which he describes as a multiplayer location-based app where people can play various games of tag with their friends and members of their communities.

“The goal is to encourage being active, and real player-to-player interaction,” Keeley-DeBonis explains.

GeoStage currently supports two game modes: Battle Royale (an “every player for themselves” free-for-all) and Assassin (inspired by the social game of the same name, where players have one target to attack and defeat, then take over their previous target’s targets, and so on). Users can host games at their location, people can join, and the game will run until only one player is left standing.

Combat is in real time; if the app is closed, players receive push notifications to stay up-to-date on the action. Player locations are tracked outside the lifecycle of the app, keeping the game constantly progressing.

In addition to entering—and winning—a pitch competition hosted by WPI LaunchPad, Keeley-DeBonis has been asking his friends to beta test the app since the fall, their input and suggestions things he’s grateful for. “The feedback from them has been really helpful, and I’m optimistic that the app will be positively received at a bigger stage,” he explains. 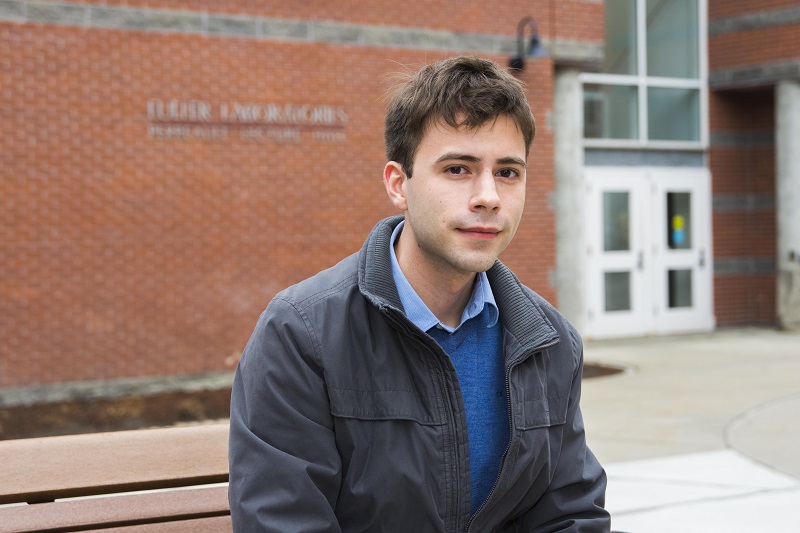 One particular piece of feedback Keeley-DeBonis regularly heard from his friends and beta testers was that they wished they could play games with friends who lived in different locations.

“I realized that I would need to implement a game mode that was accessible for more people,” he says. Instead of creating a casual mode where players are put up against AI bots when there are no real players nearby, He opted to develop a method that allowed players from all over the world to participate in the same game, regardless of location.

He explains that the method, which he calls “Virtual Games,” was implemented by translocating the positions of all players to the perspective of each player, meaning that for each player, it will appear as though a location-based game or activity is happening at their own location, when in reality, not all the virtual entities participating may be physically nearby.

Armed with this new and unique gameplay element, Keeley-DeBonis began testing the waters of patents as he focused on starting to introduce the app to those outside of WPI, beginning with the Office of Intellectual Property & Innovation (IPI).

He was first introduced to the IPI through computer science professor Jeff Kesselman, who was also his MQP advisor. He explained the technology he was using to accomplish the game’s multiplayer location-based elements to IPI director Todd Keiller, who encouraged him to pursue a provisional patent. 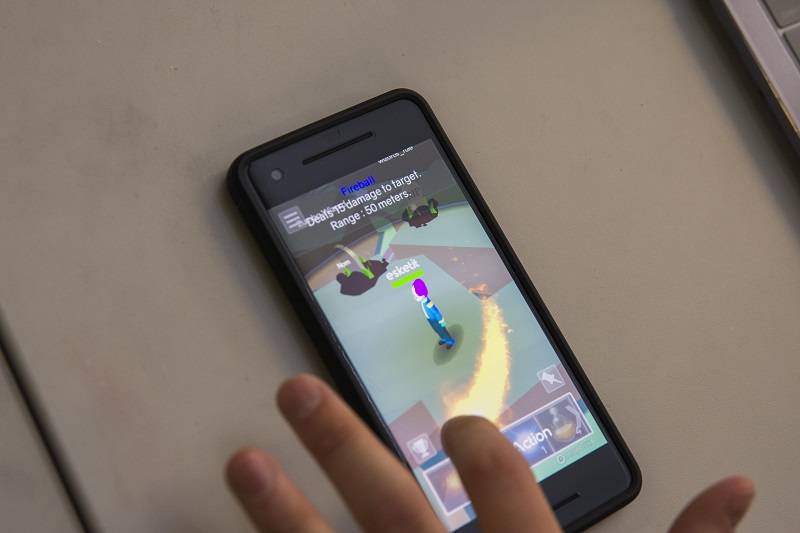 He then decided to attend Tech Advisors Network (TAN) meetings, where he was introduced to Jeffrey Duquette ‘91, ‘93 (MS ME) a patent lawyer who took on his case. He is hoping to have a full utility patent within the year.

“[IPI and TAN] have been a tremendous resource for me,” he says. “I’ve received lots of free advice, had the opportunity to watch more experienced people pitch their start-ups or talk about their companies, and also be warmly introduced to professionals in and outside of WPI.”

Although Keeley-DeBonis will be graduating this year, his plans for GeoStage show no signs of slowing down. Now that he’s got a working product, he’s shifting his focus to gaining visibility for the app and building a user base. He’s hoping to start introducing the app to other colleges, explore other potential demographics, and make an appearance at PAX East in April.

Want to get in on the ground floor of everyone’s new favorite game? Check out the GeoStage site for more information, trailers, and instructions on how to download. See you on the stage!