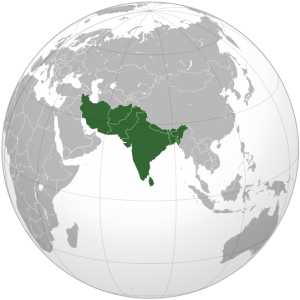 On Saturday, Feb. 8, Alden Hall will transform into an exuberant celebration of South Asian traditional dancing, food, and stories.

“There are lots of students from different nations at WPI,” says Monolina Binny, vice president of finance for the South Asian Students Association, which is sponsoring the event. “We try to present traditional cultural performances from each country. We want to show what’s unique to each country.”

Approximately 30 students from Nepal, Bangladesh, India, Pakistan, and Sri Lanka will share their culture with attendees. Students auditioned in B-Term, says Binny, and were chosen based on having the most authentic representation of their culture. “We wanted to show our culture, so we chose the people who showed it the most,” she says. “There will even be a Bollywood-type performance that will incorporate both South Asian and western cultural elements. Another dance will have hip hop elements as well.”

The South Asian Students Association evolved from the Indian Students Organization last year. More than half of the several hundred members are not of South Asian descent but want to learn about the languages and cultures, says Binny. Diya, which stands for light, is a celebration of the spirit of South Asia, she says. The event is intended to share cultures with the WPI community and to raise awareness of what makes each culture so distinct and so special.

“This is important for exposing the WPI community to these rich cultures,” says Colleen Callahan-Panday, assistant director of International House. “If we didn’t have it, some of the community might not even be aware that this happens in the world.” And for students who are so far away from home during big celebrations, it is a nice excuse for them to get together and celebrate with others, she says. “It’s like having a new family to be with.”

The organization works hard through social gatherings and campus events to celebrate their cultures and to be a home away from home for WPI’s South Asian students. By expanding the organization, the South Asian Students Association plans to have festivals representing many countries. There are spring festivals for Pakistan, a Bengali New Year event, and a September event that celebrates dance called a Dandiya, says Binny. The group also hosted a formal last November that was a great networking event for members.

“We want to show what’s unique to each country.”

“I am from Bangladesh,” says Binny, “and my experience is that lots of people don’t know about Bangladesh.” By immersing people in the culture—with foods, dress, dance, storytelling, and music—Binny says she hopes attendees learn something about each culture. And for South Asian students and community members, the Diya serves as a great connection to their homeland, she says.

The students contribute greatly to the celebratory atmosphere. “It’s good energy,” says Callahan-Panday. “When the students see their friends, you can hear them whistling and clapping in the crowd.”

Tickets for the Diya are available at the Rubin Campus Center from 10 am to 2 pm until February 7 or via email to sasa-execs@WPI.edu. Members of the WPI community pay $10 otherwise the tickets are $12. If there are tickets left on the day of the event, they will be sold at the door.