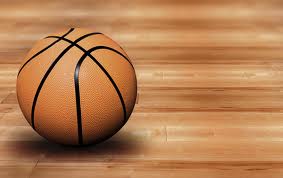 The men’s and women’s basketball coaches are hoping Harrington Auditorium will be rockin’ Saturday when the teams play their first home doubleheader of the season.

The women play Babson at 1 pm, followed by the men, who tip off against Springfield at 3 pm.

Women’s coach Cherise Galasso is looking forward to the back-to-back games. “I do think it attracts more fans when they can support both teams,” she says. “Plus, it’s nice for us to be able to see each other play once in a while!”

The men defeated Coast Guard, 71-65, Wednesday to improve their record to 17-1, 7-0 in NEWMAC conference play. They are on pace for an 11th straight season of 20 wins or more and are No. 4 in the D3hoops.com Top 25 national ranking.

Men’s coach Chris Bartley likes Saturday afternoon games, which he says draw the community, faculty, and, of course, students. He’s proud that WPI has led the New England Women’s and Men’s Athletic Conference in attendance nine of the last 10 years.

“For us, it’s a way of getting the entire student body engaged, rallying to support our teams,” Bartley says, adding that the student cheering section – the Aud Squad – has been less raucous than in the past, and he wants things ramped up.

Bartley, a four-time NEWMAC coach of the year who is in his 13th season at WPI, says the key to the team’s success is solid defense, which enables it to control the game and get fast break points. He also notes that WPI ranks in the top 10 nationwide in assists per game.

“That leads me to believe we’re a team that shares the ball well,” he says.

Winning or sharing the conference title eight of the past 10 years has put “the proverbial bullseye on our back,” Bartley says, so the men need to play with intensity as opponents gun for them.

The women are also going into the doubleheader on a winning note, having beaten Springfield, 53-49, on Wednesday. Their record is 8-10, 6-7 in conference play.

“The NEWMAC conference is wide open on the women’s side,” says Galasso, who is in her 14th season at WPI and notched her 200th win with the team last year. “So if you can get into the conference tournament it’s a whole new season and anyone can win it this year. … The team is definitely right there and ready to make a run.”

Student athletes can be powerful mentors, says Bartley, whose team had been part of Big Brothers Big Sisters for 12 years. “It gives us a great opportunity to educate our guys on the value of community service,” he says.

Galasso adds that participation is an important part of the experience at WPI. “It is not only a great way for our program to give back to the Worcester community, but our players get a lot out of working with these youngsters. I think it gives them perspective about what’s really important and helps them get out of the college bubble for a few hours each week,” she says. “When they show up and this youngster runs over and gives them a big hug or needs some advice, that hard test they had earlier in the day or stress over a homework assignment fades away. Plus, hanging out, playing games with kids is fun!”