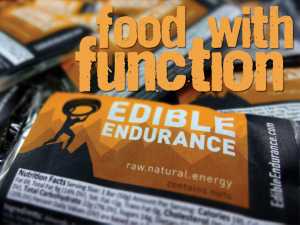 For Jim Lehner — a mechanical engineering alum pursuing a WPI graduate degree in manufacturing engineering — it all began while working at a local Trader Joe’s, with talk of a messy, difficult physical undertaking.

His co-worker, Joe Benoit, was spreading the word about the obstacle course challenge Tough Mudder.

After the event, “I was hooked immediately,” Lehner says. Though he didn’t come from an athletic background, he began training and entering other challenges, and became more and more interested in strength and endurance.

Benoit helped Lehner with training tips, exposing him to the ways nutrition plays a role in getting into top physical condition.

“But he wasn’t much into food science,” said Lehner. “I took it a step further, to look more critically at how we can optimize food.”

Now — with six months of kitchen testing behind them (they rented space at Mrs. Mack’s Bakery in Worcester) — and a trademarked name, logo, and establishment of a limited liability corporation, the two men are founders of Edible Endurance. The company produces a flagship energy bar that maintains hydration, reduces inflammation on joints, and ensures optimum energy levels. 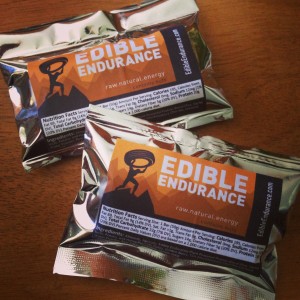 Benoit serves as more of a company representative and base of knowledge, with Lehner handling the business and science end of the endeavor.

Fueling Lehner’s passion is the fact that he’s seen the results of clean eating on his own physical performance. “If I eat shoddy on a Friday, my training Saturday is not going to be great,” he says. “It affects the game later on.”

Here at WPI, Lehner found project mentors and supporters. He got involved with WPI’s course in food engineering taught by Professor Satya Shivkumar, who showed him how much engineering goes into food manufacturing (ingredients added so ice cream doesn’t melt, for instance).

He reconnected with Gina Betti, associate director of the Collaborative for Entrepreneurship & Innovation, who guided him toward opportunities such as the Tech Advisors Network (TAN), which is reviewing his business plan, and Boston’s TechJam, an effort by the city of Boston and tech companies to boost industry startups.

“She has given me every outlet,” to make great contacts and connections, Lehner says of Betti, including an appearance on community TV station WCCA-TV 13.

“He is very focused,” Betti says. “He has met early milestones, and is bootstrapping his entire operation, while wearing many hats.”

Though it was created for obstacle course enthusiasts, the bars can be used for many different types of athletes, Lehner says. With the Edible Endurance bar recipe as the foundation, the two plan to now create other specialized bars specifically aimed at certain athletic goals.

For runners, for instance, Lehner says, being lean, light, and fast is key. Nutritional considerations are different. Meat, for instance, may not be a helpful addition in their diets. “Red meat is difficult to digest and process. In some cases it can promote inflammation,” he says.

Each nutrient-rich Edible Endurance bar ingredient, such as such as raw cacao, chia seeds, and spirulina (which gives the bars their green color) has a purpose, Lehner says. 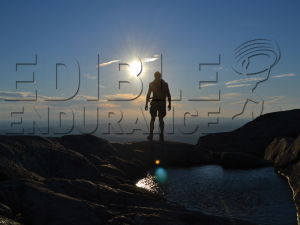 For now, a couple hundred Edible Endurance bars are sold each month on the local race circuit, Lehner says, mainly through word of mouth. More effective marketing and manufacturing are among the next considerations. “Now it’s all done by hand,” Lehner says of creating the bars. “It needs to be automated in some way.”

Funding is another goal. But Betti, for one, has high hopes. “I hope the Mark Cubans of the investment grid see the energy packed into his hyper-niche product,” she says. “Functional food never tasted so good.”