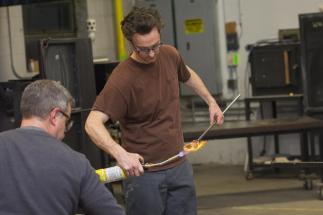 It’s no secret that WPI students are creative, but with art studio space on campus at a premium, Rachel Schiebel ’20 made it her mission to expand opportunities for nurturing those artsy sides.

Glassblowing and ceramics classes at the Worcester Center for Crafts (WCC) are quite popular—and at capacity—with students earning academic credit while creating works of art.

The classes are still in the experimental phase, says Jennifer deWinter, associate professor and director of Interactive Media and Game Development at WPI. But she and others hope they will become a permanent part of WPI's offerings. 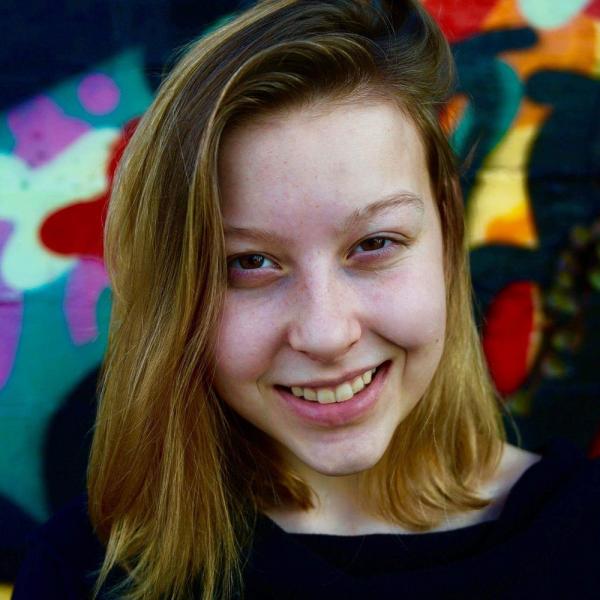 WPI pays WCC directly for the space and instruction, she says. It also has set up a shuttle service between campus and the glass studio. She and dean of undergraduate studies Art Heinricher have been working on a collaboration with WCC director Honee Hess for a few years.

“But, any changes in an institution are slow,” deWinter says. “We already had it in the pipeline and Schiebel acted as a catalyst. She wanted to take ceramics, but there are no traditional class-based labs like those at the Center for Crafts.”

She decided to conduct a survey to see how many students would take the course, deWinter says.

“Art called her a force of nature,” she recalls. “Rachel was a student voice, not only demanding for herself, but willing to do work showing greater student demand. For two years we'd been working on it, and Rachel comes around and it happens in a few months.”

Though still in the experimental phase, Ceramics II and Glassblowing II were full at the beginning of D-Term, deWinter says, and it looks like they may be added to course offerings permanently after an evaluation.

“These are two art classes adding three-dimensional, art-based classes to a robust art curriculum already in high demand,” she says. “It is not a surprise WPI students are creative and artistic. My personal goal is to open up more opportunities.” 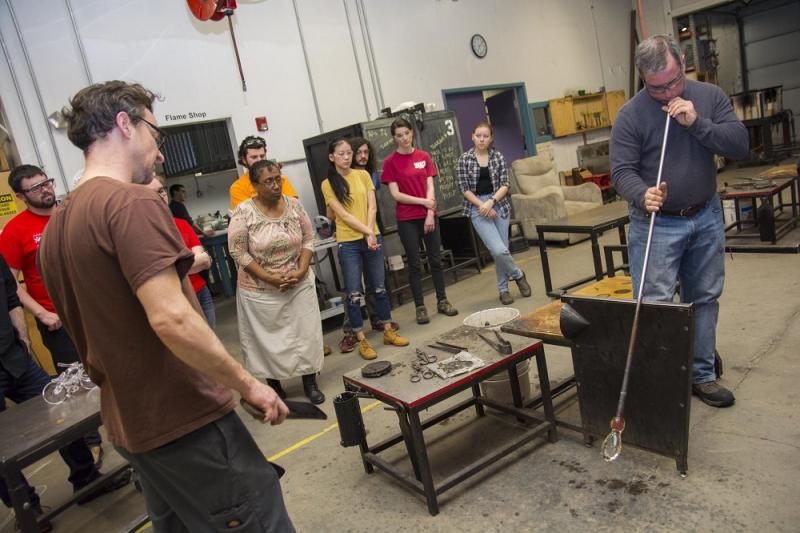 Glassblowing instructor Gale Scott* says these for-credit classes differ from his introductory learn-to workshops in that they are designed to “fully immerse the students not only in the technical skills of traditional glassblowing, but in the history of the process and its societal value.”

In addition to meeting three hours per week, students pair up to share three hours of practice time on Saturdays. At a certain point, being asked to problem solve in the shop with minimal verbal instruction is a valuable part of the learning process, he says. About halfway into the seven-week term, the students are asked to begin a research project focusing on a technological innovation in glass (usually of a decorative nature) that leads directly to a major advance in science and discuss its broad effect on society.

“Once they have acquired some basic skills—at about the halfway point—they are asked to apply those skills to create an additive sculpture in glass,” Scott explains. “They then produce a short video documentary of the making process of that sculpture. The Glassblowing II course continues to push the acquisition of skill with short drill assignments, at the same time introducing them to a more sculptural way of using the process through mold blowing and glass casting.”

Another aspect of this class is the dying art form of creating custom scientific apparatus for research and experiments, deWinter points out. "There are few experts in the art form—luckily, WCC happens to have a few,"

“It’s like you’d see in a crazy chemistry lab with all the tubes hooked up,” she adds. “There's a functional component to it as an expressive art, as well.” 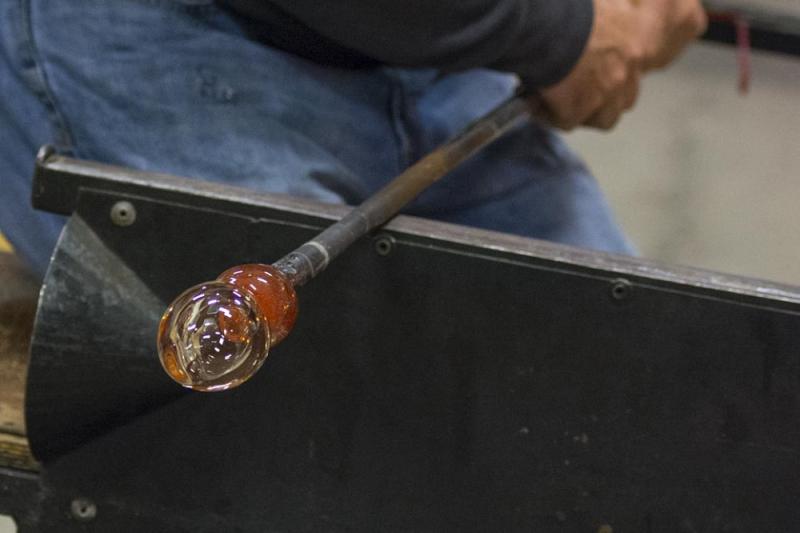 A piece in progress.

Schiebel, a biomedical engineering major, says she grew up in an artistic family, played percussion in her middle- and high school bands, and attended art camps during her childhood. Her mother loves drawing, she says, and her grandmother has a ceramics studio in her basement. No wonder she sought ways on campus to express herself artistically.

So she posted a survey over the break for a ceramics class to see what students on campus wanted. "The class was full within a few hours, with a waitlist. It was pretty impressive. I was pretty determined, and it feels good that I was able to help make it happen.”

Schiebel took both ceramics and glassblowing classes and is registered for the second section of each.

“WCC is a good choice—it is a well-equipped art center and has drawing, photography, and metalworking studio spaces,” she says. “And the classes are really interesting and fun.”

They also serve as stress relief for her, she explains, as they did when she took ceramics in high school.

“With ceramics you have a goal in mind, and completing it is different than completing a science experiment,” she explains. “As a whole, having art classes at an engineering school like this is really important for all students in designing nice-looking products. I could look at something and see how it could be more aesthetically pleasing, but everyone doesn’t do that. It can help make projects more subtly appealing and everyone could benefit from that.”

* Scott is the Glass Department director at the WCC's New Street Glass Studio; he teaches students from WPI and Worcester State University, and maintains his own studio in the city. He has been involved in teaching and support roles at Rhode Island School of Design, Simple Syrup Glass Studio, Diablo Glass, Salem State University, Pilchuck Glass School, and Corning Museum’s mobile shop.