If you are in on a joke, is it funnier? The famous sketch comedy group Olde English explores that idea and many others with The Exquisite Corpse Project, an indie comedy/documentary to be screened Thursday, Oct. 3, at 7pm, in Salisbury Labs as a collaborative effort among WPI’s Student Comedy Productions, the Humanities and Arts Department, and Olde English. At 9:30pm, WPI students have a chance to participate in a Q&A with creator and producer Ben Popik and one of the film’s writers. 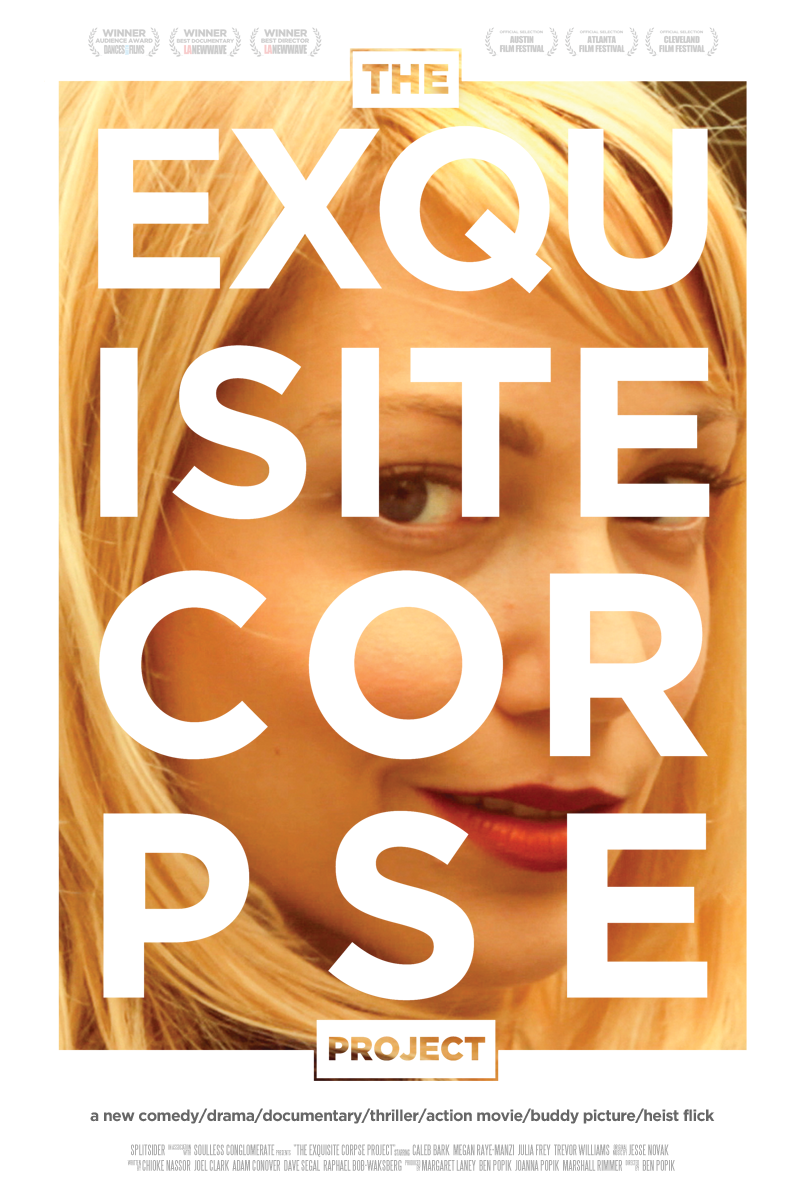 Five writers each wrote 15 pages of a script but were able to see only the previous five pages. Popik is fascinated by the way comedy can be formatted, shaped, and delivered to audiences with results that resonate or bomb. In The Exquisite Corpse Project, the writers’ ensuing creative process and the resulting final film has garnered accolades such as “The concept is wildly original and consistently entertaining” from The Huffington Post, and awards including Best Director and Best Feature from the Los Angeles NewWave International Film Festival, and Best in Fest from the Annapolis Film Festival.

“That was fascinating to us,” says Popik. “The project grew out of that Aha! moment in which both the writers’ creative struggles and their final work is filmed for all to see. At any given moment the audience knows more than the writers did, and they find that incredibly amusing.”The trailblazing Olde English was at one point the most popular Internet comedy group. It eventually disbanded, but reunited for this feature film project.It always experimented with new ways of comedy to discover what others saw as funny. Popik once gave fellow group members challenges to hone their skills and he filmed the ensuing chaos. “I’d say, ‘I want you to write your three most embarrassing memories in one piece,’” says Popik. “’You have to write it in five minutes and those five minutes start right now.’” With cameras rolling, the writer would scramble and stumble and come up with comedy that wasn’t top-notch, but the audience who later saw it all thought it was funny because they were in on the process.

“I think the larger premise speaks to all of us,” says James Cocola, assistant professor of literature, film, and media. “As we move through our own days, encountering people in the moment with no idea of what came before for them and no idea of what might come next in their day, gives us a reference for our own lives. Each of us in a certain sense is involved in a lifelong project like this one.”

The college tour of The Exquisite Corpse Project is especially fun for the crew” says Popik, “because where a general audience might get 80 percent of the jokes, the college audience gets “every single joke”

The project is also an example of following your dreams, he says, and that is a powerful message for students. Acknowledging that this movie would never come from a major film company, Popik says he hopes students see the importance of creative expression in the project. “We were making what we wanted to and they can do that, too,” he says. “That is an incredible tool as an artist.”

The Q&A following the screening is a rare opportunity for students, especially those interested in film or comedy careers, to ask questions about the industry or the process, says Katie Cabral, president of Student Comedy Productions. “This is a different thing to bring to WPI. There are creative people at WPI and this is a great opportunity for our campus.”

Popik says students are always curious about the film-making process and how to be successful in the business. One of Popik’s tidbits of advice is something students can debate as they ponder a career in film or comedy. “I am most successful when I make content I want to make,” he says. “Following the main path is sometimes more difficult.”