Father of the Plan

Some organizations are changed forever by the leadership and influence of one person. And while WPI doesn’t rest its success entirely on the shoulders of Bill Grogan ’46, dean emeritus of undergraduate studies, it can certainly be said that he laid a solid foundation upon which the WPI of today has been built. 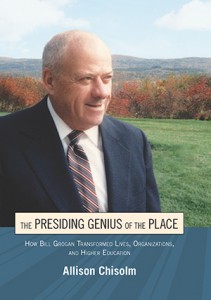 WPI’s latest book, The Presiding Genius of the Place, explores the life of the late Grogan, a man often referred to as the father of the WPI Plan, the university’s innovative project-based approach to education. Beyond being a dean, a professor, and a mentor to thousands of WPI students, Grogan’s influence spread over varied organizations and he touched many, many lives, says the book’s author, Allison Chisolm.

And while people remember Grogan for his dedication to bringing the Plan to life, those who knew him also recall his warmth. As Chisolm interviewed nearly four dozen people for the book, one presiding theme became clear.

“Everyone came away from our conversations saying, ‘I was his special friend,’” says Chisolm, with a laugh. “He had 1,000 special friends.” But the number didn’t diminish the connection in any way. He was genuine in the way he listened to others, in how he enacted positive change, and how he cared about others.

Grogan, who passed away in 2015 at the age of 90, worked tirelessly to elevate the education and the experience of WPI’s students, says the book’s editor, Mike Dorsey, director of research communications at WPI. In doing so, he raised the institution to international acclaim.

WPI’s recent Gordon Prize honor was a long-overdue recognition, says Chisolm, of the value of all the changes that Grogan helped move forward to make WPI the university it is today. The project orientation and the rich interdisciplinary work are Grogan’s lasting legacies, says Chisolm.

After being appointed dean of undergraduate studies in 1970, Grogan was the de facto leader to implement this ambitious but unfinished idea that combined theory and practice into transformative project work for students. For 15 years, Grogan met weekly with his implementation committee, says Dorsey, to reign in the idea of the Plan and give it the direction, the momentum, and the organization it needed. “Grogan was taking the Plan from a blueprint to a functioning system,” says Dorsey.

When the Plan was threatened by faculty who didn’t stand behind it or by accreditors who found problems with it, Grogan, was the “mastermind” who kept it moving forward. And over the years, Grogan acted as captain of the ship –righting course as changes were needed. “Every detail for the Plan had to be worked out by teams of people,” says Dorsey. “Bill had an amazing ability to manage change and to manage people. He had an almost instinctive ability to do that.”

Chisolm found many people who spoke of Grogan’s incredible persuasiveness, but also of his humble approach that focused on getting his ideas implemented, not so much on claiming the idea as his own. In fact, she says, many people left meetings with Grogan buoyed and convinced that whatever ideas just progressed were their own. “He was a consummate politician,” says Chisolm. “In fact, he would often describe himself as an old Irish politician.”

While WPI was a huge part of Grogan’s life, it wasn’t the only part, say Dorsey and Chisolm. He was a naval officer and later a consultant to the Navy on missile plans. He earned several patents at a young age and was instrumental in saving his fraternity (Theta Kappa Phi, which became Phi Kappa Theta after a merger Grogan helped implement).

Grogan’s life also withstood tragedy. His wife, Mae, died unexpectedly shortly after Grogan’s retirement in 1990, throwing him into such a deep despair that his friends intervened out of concern for him. Despite his retirement, Grogan remained active until 2008 as an advisor and mentor to students, says Dorsey. “He wanted to keep that connection to the undergraduates,” says Chisolm. 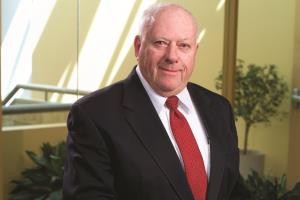 Grogan struggled for years to complete his own book about his life and his experience managing change in higher education. When it became clear that the book would remain unfinished, WPI decided to step in to assist. A book committee was formed and, with Grogan’s full consent, it set about telling his story.

Grogan took copious notes, he completed several drafts of his unfinisahed manuscript, and he sat for hours of interviews with close friends Bob Fitzgerald ’53, professor emeritus of civil and environmental engineering, and Paula Delaney ’75, who worked for Bill for several years as WPI’s registrar. He also saved many mementoes—from old passports and press clippings to photographs and dog tags. In all, Chisolm was able to sift through 53 boxes of information that was donated to WPI’s archives. All of the information and assistance from WPI’s Curaton, Preservation and Archives department allowed Chisolm to piece together an accurate picture of a man many thought they knew, but in fact only knew one facet of. And Chisolm says she feels especially fortunate to have Grogan’s true voice throughout the book, as she could quote him directly from his own writing and interviews.

Chisolm met with Grogan once, in March 2014, but by then his memory was fading. She realized his recollections would not be as accurate as the wealth of material he’d collected over the years and the memories of the people in his life. “The goal of any biographer is to get the essence of the person across,” says Chisolm. “He wasn’t just one person at WPI. He had many connections in many ways.”

And for a man so beloved by so many, few knew the full story of his life. “The biggest challenge was to weave one narrative out of so many different stories,” says Chisolm. “A lot of details needed to be intertwined to make sense of so many loose strands, but I was fortunate to have so many strands to work with.”

A final story of a man who was able to work through both professional and personal challenges emerges, giving insight to both Grogan’s ability to adapt and his thoughtful, effective persistence in the face of challenges.