Celebrated each year on March 14 (at 1:59 p.m., if you’d like to get even more specific), and in conjunction with Albert Einstein’s birthday, Pi Day has taken the world by storm. Communities around the globe—including right here at WPI—sing songs, hold parades, parties, pi(e)-eating contests, and more in recognition and appreciation of the number, which is just as mysterious as it is long. There’s much that’s still not known about what is considered the most important and intriguing number in mathematics, but every time a new fact or tidbit comes to light, pi enthusiasts are spurred on in wanting to learn more.

Luca Capogna, rhubarb pie enthusiast and professor in the Department of Mathematical Sciences at WPI, took some time to share a few pi facts. (And also watch how WPI students fared when asked how many digits of pi they could recall. As you'll see, it was a piece of...pi.). 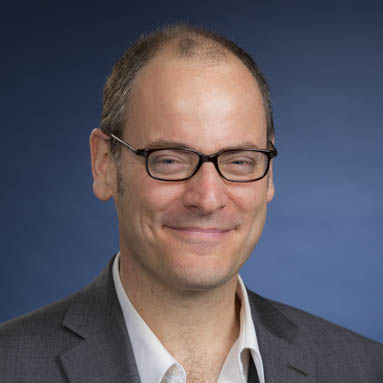 It has the potential to include photos, songs, and more.

There are several websites where you can type in your birthday or phone number to see where it’s located in pi. Capogna took this concept one step further, explaining how it’s unknown if pi is a normal number—that is, if it’s true that any configuration of digits is present at some point in the decimal expression of pi. If pi is indeed proved to be normal, then any books, photos, or mp3s of songs have the potential to be included in the mysterious number: when photos and mp3s are stored in computers, they’re made up of strings of ones and zeros known as binary (01010000 01101001, etc.). Because they consist of numbers, he explains, they can conceivably be found in pi. “Math is a way for us to experience infinity,” he says. “People’s fascination with pi is directly related to our fascination with infinity.”

Humans have been studying pi for ages.

“Pi was first computed by the Babylonians in approximately 1900 BC,” Capogna says. “It was useful when it came to construction, because the more you knew about pi, the closer you could approximate the amount of supplies necessary for a building or project.”

It’s impossible to express pi through a finite amount of digits.

Many have tried, but giving pi a concrete value like 3.2 or even just 3 is incorrect, as it is an irrational number. “In 1897, Indiana tried to pass the Pi Bill, saying that pi had a value of 3.2,” Capogna explains. “A mathematician [Clarence Abiathar Waldo] was present the day it was put up to a vote, and intervened; because of his explanation, the bill didn’t become law.”

Who wants to be a trillionaire?

The amount of digits of pi that have been calculated is regularly changing and subject to the equipment used in calculating—which can range from a personal PC to a multimillion-dollar system—but the most recent record regardless of equipment is a staggering 22.4 trillion digits. In 2010, French computer scientist and programmer Fabrice Bellard calculated pi up to 2.7 trillion digits, an impressive feat due to the fact that it was calculated using only a single desktop PC.

Mathematicians aren’t the only ones fascinated by 3.14—the pop culture world is, as well. From Star Trek to The Simpsons (whose creators even enlisted the help of mathematician David Bailey to ensure their reference would be correct), pi has made so many cameos in film, TV, and music (including WPI’s own fight song) that it practically deserves its own star on the Hollywood Walk of Fame. Two examples that Capogna points out: Darren Aronofsky’s 1998 film Pi and Kate Bush’s song of the same name.

WPI Students Face Off to Name the Digits of Pi

The WPI Math club recently asked students how many digits of pi they could recall. Any guesses? Find out who ranked highest on the Pi Digit Tracker.