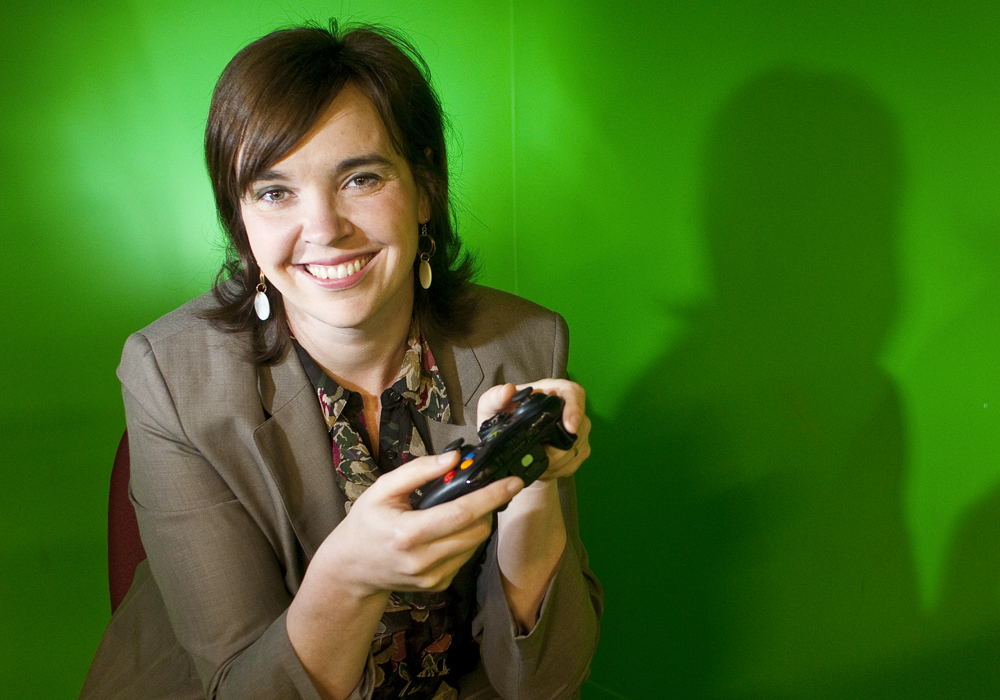 Last fall, a nationwide online debate began after someone on the website Kickstarter asked, “Why aren’t there more female game developers?”

Women make up half of the computer game players and are the fastest growing demographic among players, especially with the proliferation of games on mobile devices. Yet in the gaming industry, only 10 percent of the designers are women and just 3 percent of the programmers are women.

Those stats are not lost on WPI’s Jennifer deWinter, who jumped into the national conversation in January when an article she co-wrote – “Why Women in the Gaming Industry Matters” – was published in Flow, an online journal of media studies.

DeWinter, an assistant professor of arts and humanities who also teaches graduate courses in the school’s Interactive Media and Game Development program, wrote that the gaming industry should not be an “exclusive clubhouse,” and that “a lack of diversity in the industry contributes to a lack of diversity on the screen.”

“It’s startling how wide the gender gap is in computer game development,” deWinter said in a recent interview on campus, unlike in the marketing of games and in other areas of the entertainment business. 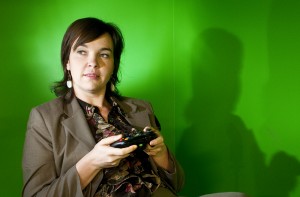 Even in the gaming program at WPI, she noted, only 13 percent of the programmers or designers are women – just like in the industry. And deWinter is the only woman teaching in Interactive Media and Game Development here.

To help tilt the balance, educators need to close the gap in science, technology, engineering and math for girls, and to recruit women for college degree programs in gaming, which now exist in all 50 states, according to deWinter.

So, will having more women in the field rid computer games of sexism?

Not necessarily, but it could lead to a change in the industry culture that will produce games with a broader, more nuanced representation and understanding of sexuality, according to deWinter.

In the Flow article, she and her co-writer refer to a company’s game development meeting in which the women participants pointed out that one situation under consideration could be interpreted as rape, leading to a change in the plot.

DeWinter disagrees with those who make violent video games the scapegoat for mass killings like the one in Newtown, Conn., in December. That killer, who did play games, was mentally ill and had access to guns.

“Games, like sports, come from a violent history,” she said. “There has to be some violence for there to be a winner and a loser.”

Still, sexism and violence are always part of the discussion at WPI and at gaming conventions, according to deWinter. “As a field, we’ve grown up enough that games are critiquing their own genre,” she said. “If you look at the majority of games, the story tends to trump violence.”

Going forward, deWinter sees a proliferation of indie games, those not made by the big companies, a trend that’s already strong in Massachusetts. And she sees the development of smaller games that people play for just a few minutes.

DeWinter, a former resident of Spokane, Wash., earned her doctorate at the University of Arizona and came to WPI four years ago. Even as yet another snowstorm approached before the recent interview, she said she was glad to return to a region with four seasons – and especially happy to escape the searing heat of summer in Arizona.