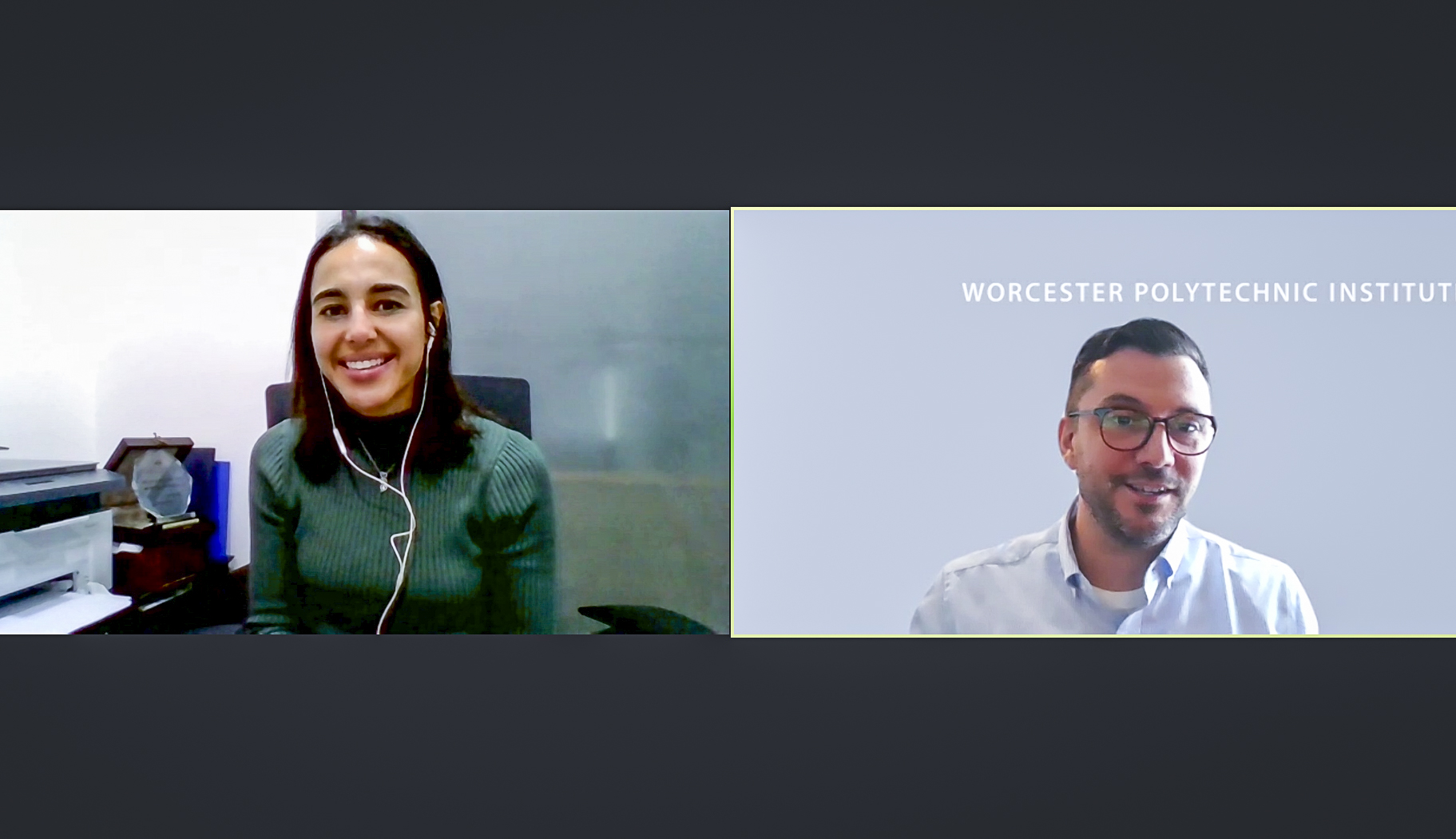 With an eye on the future, participants and attendees of a January 27 virtual event envisioned how the Middle East can address a myriad of economic and environmental problems through partnerships. The event was part of a speaker series launching The Global School at WPI, which aims to highlight and grow the projects, research, and collaborations WPI has all over the world while focusing shared global concerns.

Doiron discussed access to clean water as an example of a cross-border issue that impacts almost all of the Middle East. “Water is one of those topics that transcends boundaries—including political—in the region,” he said.

The importance of partnerships for the collective good was further emphasized by keynote speaker Malak Al Akiely, CEO of Golden Wheat for Grain Trading in Jordan. “We don’t have time to wait in solving pressing issues, including the water crisis, climate change and food insecurity,” she said.

Al Akiely said leaders should also look within their own countries to create new opportunities—specifically by bringing more women to the table. Her own role is a testament to changing views on gender equity in her home country of Jordan. In addition to her leadership at Golden Wheat for Grain Trading, which represents international grain trading companies in Jordan, she is a founding member of the Jordan Economic Forum, which comprises prominent economic figures and parliament members working to foster economic growth and advance sustainable development. Through those initiatives she is dedicating herself to ensuring that women in the region can progress and have access to educational opportunities that will allow them to assume important roles traditionally held by men. In fact, she would love to see more women in the region thriving in the tech industry, she said, and noted that the COVID-19 pandemic may have opened doors.

“The main lesson we learned during the pandemic is the power of technology in connecting people in extreme circumstances," she said. "Technology can also help those less fortunate, including women living in war zones and refugee camps.”

Al Akiely noted WPI’s project-based team work approach as an example of the collaborative mindset needed to global challenges. As part of the event, Bar-On, who is also director of the Israel Project Center, related how WPI student teams there have worked on projects on solar farms and in agricultural technology.

“I’m more excited after seeing WPI students’ presentation,” she said of the students who spoke earlier in the program about their work in water conservation campaigns while based at the American University of Sharjah in the United Arab Emirates, an area with very little rainfall. “Education is the best kind of opportunity we can give our youth to face the challenges around them.”

The Middle East forum was the fourth in a yearlong event series in celebration of the launch of The Global School at WPI. Previous events featured Africa, Latin America, and the Caribbean. Information and Video on Demand content for each event can be found here.

The next focus region is Oceania. Details and registration for the February 9, 2021, 5–7:45pm, virtual event can be found here.