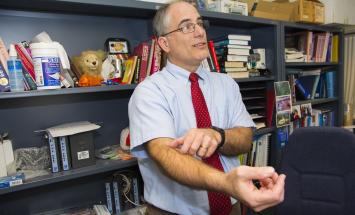 As a WPI student in the early 1980s, Ted Clancy was interested in learning about how the body responds to exercise.

A former WPI football player, Clancy learned that the husband of the football program’s secretary worked in the prosthetics field. He developed a curiosity in this area, and ended up performing his senior project in this field. He graduated from WPI in 1983 with an electrical engineering degree. 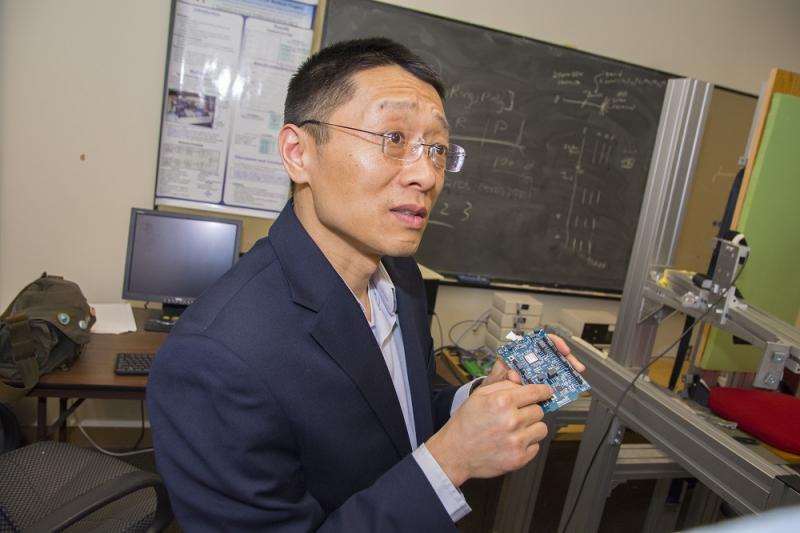 More than 30 years later, Clancy’s lifelong interest in prosthetics is spawning new research. Clancy and Xinming Huang, both professors of electrical and computer engineering at WPI, recently received a two-year subaward of $712,812 from Liberating Technologies Inc. (LTI) of Holliston, Mass., a supplier of upper-limb prosthetic devices for adults and children. The National Institutes of Health has given LTI a $1.4 million grant to help solve these problems.

The research aims to give hand-wrist prostheses the ability to move more naturally by developing advanced control algorithms that enable a user to operate the hand and wrist simultaneously. The research seeks, in part, to provide better prosthesis options for returning soldiers from Iraq and Afghanistan who have undergone hand and wrist amputations.

“Working to improve control of prostheses has been part of my research focus for nearly three decades,” says Clancy. “We’re hoping to make a difference in the lives of amputees with this work.”

The collaboration between Clancy and Huang arose from informal discussions about various research projects.

Clancy learned that Huang was testing a non-contact ultra-wide band radar used to detect breathing. “And because I had done a little bit of radar [in student projects] at various sites, it led to other discussions about mutual research,” says Clancy.

Huang’s background includes designing microchips for wireless communications, such as cell phones and embedded devices, and he is also contributing to technology development in self-driving cars. More recently, he has been working on research related to healthcare.

“So this is the perfect application, given my background,” says Huang, “because we need extremely low-powered, tiny wireless devices for the prosthesis.”

During the 2014–15 academic year, Clancy completed a sabbatical at LTI on the phase 1 portion of this research, funded by a Small Business Innovation Research (SBIR) grant he wrote with LTI.

As it turns out, Clancy has worked with LTI for several decades. In fact, his senior project in prosthetics research was sponsored by the original parent company of LTI.

“I’ve been lucky to devote a good portion of my career to prosthetics research, and to think it all started here at WPI as an undergraduate,” he says. “I’m really grateful to be able to continue to make an impact on work I started so many decades ago.”