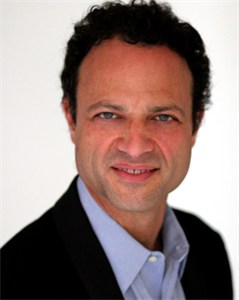 • Now, here’s a perfect holiday gift. And, it’s free. Concert pianist Jonathan Bass will appear on campus Saturday night. His flawless piano styling will surely iron out any wrinkles, kinks, and Kris Kringles that the season may bring.

Spoiler Alert! There’s a catch. Bass will not be playing any holiday music. Instead, he will feature an all-American-composer program that includes two pieces by Samuel Barber (Excursions and Sonata), two from Aaron Copland (Piano Variations and El Salon Mexico, arranged by Leonard Bernstein), and the piano solo version of George Gershwin’s Rhapsody in Blue. It may not fill the winter wonderland bill, but nonetheless, it’s great music for any occasion.

As a pianist on the concert circuit, Bass appears frequently throughout the U.S. as a soloist and chamber musician. He has performed with numerous orchestras, including the Boston Esplanade Pops at Symphony Hall.

What: Piano concert, sponsored by the Royal Academy for Music

Needless to say, education is a large part of his piano world. Next month he is off to China to perform, present master classes, and hold auditions at the FaceArt Institute of Music in Shanghai. “I will also be performing on the Shanghai Weekly Radio Concerts series,” Bass said. “The presenters of the concert series asked me to program a recital of American composers. I chose pieces that I think are American classics, which have been close to my heart and in my repertoire for many years. I also thought that it’s possible that some of these pieces are less well-known in China than they are in the United States.”

Bass is no stranger to the international stage. He has performed in Canada, Israel, Japan, Poland, and Russia. He made his New York debut at Carnegie Hall’s Weill Hall as first-prize winner of the 1993 Joanna Hodges International Piano Competition. He has also given recitals in several major American cities.

The pianist also has a collection of recordings in his resume. Of his first piano CD, Gramophone magazine wrote: “Superbly played Bach and Chopin with haunting music by Pinkham.” Of his second CD, Larry Bell’s Reminiscences and Reflections, MusicWeb wrote, “Jonathan Bass plays superbly throughout and proves an eminent and convincing advocate of Bell’s consistently fine and attractive music.”

TWO PILLARS OF THE PROGRAM

When asked which piece of the WPI program is the centerpiece, Bass says, “I would say the two pillars of the program are the Barber Sonata and the Rhapsody in Blue. The Sonata was written for the great pianist Vladimir Horowitz, who performed it many times. The fourth movement is an ingenious and virtuosic fugue, which is a tour-de-force. Rhapsody in Blue is very famous, of course, and a crowd-pleaser, fusing elements of jazz and classical, and it sounds as fresh today as when it when it was composed.”

In addition to his solo performances, Bass is the pianist for the Walden Chamber Players. Founded in 1997, he and the group have performed extensively in chamber music series throughout the United States and Canada. He will perform with the group soon after his return from China. “I will be playing a concert of American chamber works at Wilson Chapel in Newton on March 1, 2015,” he says. “On March 8, I will be playing the Beethoven Emperor Concerto with the Atlantic Symphony Orchestra at Thayer Academy in Braintree.”

This free WPI performance is sponsored by the Royal Academy for Music, Shrewsbury. Omar Soffan, a former student of Bass’s, is the school’s artistic director.