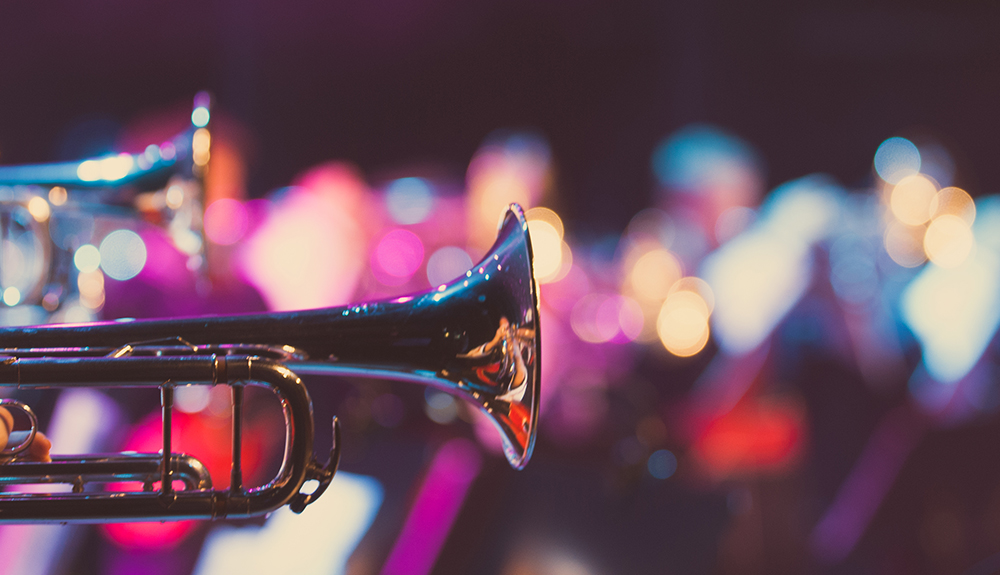 The seeds of November’s WPI Orchestra concert were planted in Palestine in 2010.

Back then, Professor Doug Weeks spent two weeks teaching at the Al Kamandjati Music School near Ramallah. His roommate was Douglas Metcalf, a young American clarinet player who lives and performs in Germany. As they started talking, they learned they not only were from the same small western Massachusetts town—Southwick—but also from the same street.

“We grew up two doors apart in two different generations,” recalls Weeks, coordinator of music and associate head of the Humanities and Arts Department.

Over the years the two have stayed in touch, Weeks always wanting to bring Metcalf to WPI to perform and mentor students.

On November 20, it’s going to happen.

Metcalf will be the principal player in the WPI Orchestra concert at Mechanics Hall, performing Mozart’s Clarinet Concerto. Along with Gabrieli’s Sonata VIII by the WPI Brass Ensemble, the concerto will fill the first half of the concert.

The other two pieces will be Katahdin (Great Mountain), written by Tom Myron, of Northampton, for a documentary on the majestic Maine peak, and Short Ride in a Fast Machine, a fast-paced burst of music by John Adams, a renowned contemporary composer of classical music and opera, who was born in Worcester.

Myron also has a personal connection with Weeks. The professor taught the composer in high school in Foxboro. Myron showed up a few years ago at a WPI orchestra concert to re-introduce himself, Weeks said.

Both Metcalf and Myron will be artists-in-residence at WPI for the week before the concert in addition to working with the 65-member student orchestra.

“Doug Metcalf will work with our clarinet players, our instrumentalists, our performers,” Weeks says.

Metcalf is an acclaimed performer and educator who has played clarinet with symphony orchestras and in chamber music ensembles throughout the United States, Europe, and the Middle East. He also teaches music at a number of schools in Germany and in the Middle East. He is a UMass Amherst honors graduate in music education and clarinet performance; he did postgraduate studies at Indiana University.

“Here is this wonderful teacher and great player,” Weeks says. “It’s something we talked about over the years and it finally clicked.”

Myron is a composer, arranger, and conductor who has worked in live concert performance and independent film. His work is heard regularly at Carnegie Hall and Jazz at Lincoln Center, where he has written charts for singers Marilyn Horne, Rosanne Cash, Andrea McArdle, and Phyllis Newman, among others.

Katahdin (Great Mountain) is a suite for orchestra that Myron wrote for Wilderness & Spirit; A Mountain Called Katahdin, a documentary film about the mile-high peak that graces Baxter State Park in central Maine. The work’s grand sweep underscores the soaring majesty of Katahdin, while the staccato beat of drums offers tribute to the Penobscot Indians, who gave the peak its name, which means “The Greatest Mountain.”

“Tom Myron will work with composition students, students in music theory and music writing,” Weeks says. “It’s a wonderful educational opportunity to have a composer there when you are playing his piece. You’re not guessing. You have him there to tell you what he meant.”

Weeks says the pieces were selected to enhance the experiences of both the student players and the audience. He was looking for balance in the selection, he adds.

The Mozart concerto is what Weeks describes as “the top 40 of classical music.”

“Most people who are familiar with classical music know it,” he says. “It’s something they would want to see done live.”

The piece has not been performed by the current group of WPI orchestra members. “This is a university and you want to expose people to great pieces,” Weeks says. “Something that a person studying music would want to be acquainted with and, of course, they get to perform in a great venue with a great clarinet player. It’s win, win, win all around.”

While the first half of the concert will be more traditional, the second half will be decidedly modern.

The piece by Adams, who has won a number of Grammys and a Pulitzer Prize for his work, is a fast moving musical trip only four and a half minutes long. Adams, who is deeply rooted in minimalism, has called it a “fanfare for orchestra” and in a commentary offered: “You know how it is when someone asks you to ride in a terrific sports car and then you wish you hadn’t.”

Weeks says many of the players in the orchestra see it as a way of fulfilling WPI’s requirement for a project in the humanities and arts. Some take music as a double major with engineering or biochemistry or another scientific pursuit. They like the idea that at WPI music is part of the academic mix, he says.

“Music is very serious to them,” he says, “and they are looking for schools where they can explore music beyond just the extracurricular. This is actually part of our academic program.”

The WPI Orchestra concert is scheduled for Nov. 20 at 3 p.m. at Mechanics Hall, 321 Main Street, Worcester. The concert is free and open to the public.