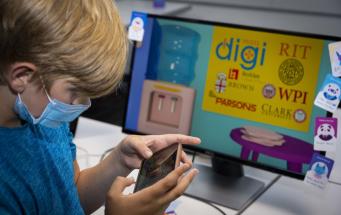 To the delight of many, games took over the Innovation & Entrepreneurship Center at WPI’s Innovation Studio last week as the Massachusetts Digital Games Institute, or MassDigi, which joined WPI last spring, showcased games created during its annual Summer Innovation Program Open House.

SIP, as the program is known, is a 12-week internship program that gives student teams a chance to work on a game prototype from the ground up and prepare if for launch. Teams work with industry mentors, SIP alumni, MassDigi staff, and others to see if they can “create the next bit hit.”

Twenty-nine interns, selected from hundreds of applicants, receive a stipend and spend the summer building four games from scratch with a little help and guidance from MassDigi staff Walt Yarbrough, Monty Sharma, and Tim Loew, along with SIP alumni and game industry mentors from such studios as Rockstar New England, WB Games Boston and Snoozy Kazoo.

In addition to the four SIP games launched, The Deep End Games, a Boston-area game studio, sponsored a fifth team to build a prototype for its next title, Romancelvania.

“This experience gave me the chance to be a part of every aspect of the game development process,” said Dylan Valev WPI ’22. “Working with our team to ship a game over a summer was as intense as it was a blast and I loved every minute of it. Every problem we encountered and overcame was an opportunity to learn and grow.”

"Launching a game, let alone four games, is a big effort given the marketing challenges in today's digital storefronts," said Katie Rifenburgh, a junior transferring to WPI from Becker. "The games business is complex and being responsible for the games' success at launch has been exciting and fun, too."

“MassDigi’s work really complements everything we do in the curriculum so well,” said Gillian Smith, associate professor and director of WPI’s Interactive Media and Game Development program. “Opportunities like SIP offer students a way to tie together what they learn in the classroom in a way that is unique and relevant.”

SIP typically receives applications from hundreds of undergraduate and graduate students from across the country and around the world. This year, even with the pandemic, students representing 83 different colleges and universities applied to the program. Twenty-nine applicants from 17 institutions, including the former Becker College, Berklee College of Music, Brown University, Cornell University, Maine College of Art, New York University, Northeastern University, Parsons, Rensselaer Polytechnic Institute, Rhode Island School of Design, Rochester Institute of Technology, the School of Visual Arts, Swarthmore College, Temple University, Tufts University, University of Massachusetts Amherst and WPI were selected as interns in the program. 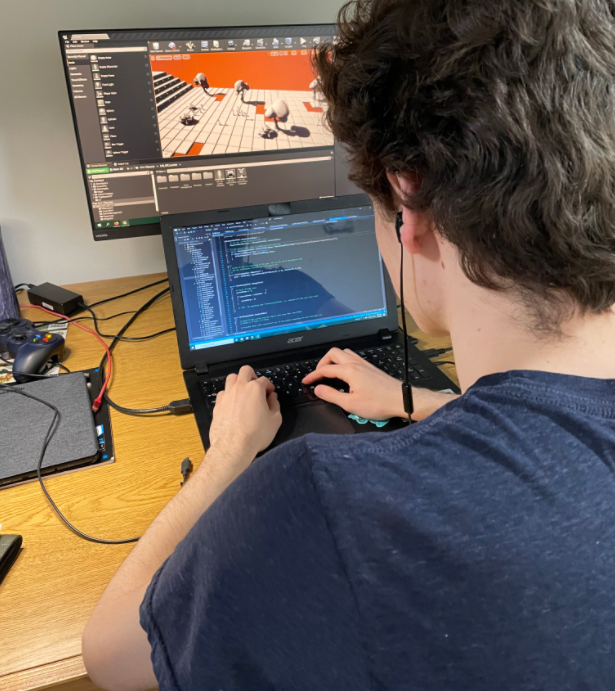 Learn More about Interactive Media and Game Development at WPI