WPI’s 2017 PAX expansion pack: more professional, eye-catching booth with more talent on display than ever before

On March 10, tens of thousands will descend upon the Boston Convention and Exhibition Center to attend three days of panels, gaming demos and competitions, exhibits, and more at the famed gaming convention, PAX East.

Among them will be students from the Interactive Media & Game Development (IMGD) program. To showcase everything WPI has to offer those interested in pursuing a career in game development, three of those students will be working a professional booth on the show floor complete with TVs, brochures, and giveaways—the result of a term-long collaboration with University Marketing & Communications. Of course, it wouldn’t be PAX without games: the booth’s staple will be video games created by WPI students, which con-goers can demo throughout the weekend.

Kelly Zhang, Erik Cerini, and Matt Szpunar are the most recent students to tackle the project, which has been available as an option to IMGD students since 2012. Each year, a group of students is in charge of all aspects of the booth at the convention. Although they had many ideas when they first met with the WPI production team, marketing strategists, and designers, the students’ main goal was to create a more professional, impactful presence at PAX than in previous years to most effectively showcase the gaming talents at WPI. 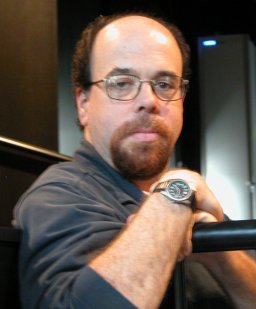 “The logistics of putting together a showing at PAX are no small thing,” says IMGD professor Dean O’Donnell, who advises the project with fellow professor Ralph Sutter. “[The students] are our ambassadors, and our best resource.”

This year’s students were able to utilize the reports of past teams to get advice on how best to run the booth during the sure-to-be-hectic weekend. Examples of suggestions range from things as simple as bringing a vacuum and trash can to keep the booth looking nice and stocking up on hand sanitizer, to more in-depth tips on how best to interact with con-goers and the importance of highlighting WPI’s pre-college programs. Both Zhang and Cerini agree that, overall, the most vital piece of advice the team drew from past reports is the importance of communication. They’ve got to “…communicate often and prepare materials early so as to not scramble for them the week before the convention,” Zhang explains.

Preparing for PAX isn’t all fun and games, though—as anyone who’s experienced a convention can tell you, even just going as an attendee is exhausting, let alone working one. By undertaking the project, the students have learned more about the technical component of attending and marketing at trade shows, and the importance of recognizing instances when something that looks good on a screen might not necessarily translate well to print, a banner, or another large format.

When asked what their biggest challenge in preparing for the convention has been, Cerini says, “We all wanted to try to make this the best booth that we possibly could…I think our biggest struggle may have just been with our own over-ambition.” Finding the balance between possible and practical, given the students’ budget and timelines, was definitely a challenge, and while there were some interesting ideas that had to be cut, the finished product generated a wow from Cerini. “It looks really great,” he said after a meeting with Marketing, where they completed a run-through of the booth setup process to ensure everything would run smoothly next weekend. “So much better than I pictured from the concepts.”

WPI’s participation in PAX East doesn’t stop with its booth. Students, alumni, and professors have attended PAX East since its inception in 2010, and have been part of panels and talks, judged art competitions, showcased their games on the main expo floor, and competed in—and even won—the Omegathon, a massive gaming competition that spans the entire weekend.

“[The students] are our ambassadors, and our best resource.” -Dean O'Donnell

In addition to current students working the IMGD booth, WPI alumni will have a strong presence throughout the rest of the convention—O’Donnell expects WPI to have representatives at the Indie Megabooth and the Mass DiGI booth, as well as running booths for their own gaming companies.

To O’Donnell, the best part of the PAX experience is that there are no extensions available to the students if they need more time. They’ve got a hard deadline to meet, and the show will go on, whether they’re ready or not. “There is no ‘late,’” he explains. “WPI will be there in our booth, and it will be the best experience the students can make for attendees.”

If their extensive planning and dedication to the project are anything to go by, there’s no doubt that the students will be more than ready to impress convention-goers with the professionalism, passion, and talent that WPI is known for.

PAX East is sold out, but if you’re one of the lucky few who were able to grab passes, be sure to visit Zhang, Cerini, Szpunar, and the rest of the IMGD crew March 10–12 at booth 15127.

See what IMGD faculty and students did at the recent Game Developers Conference in San Francisco.