President Obama recently honored the Clemente Course in the Humanities with a distinguished National Humanities Medal, bringing Worcester’s own section of the course confirmation of everything students and leaders are working for. 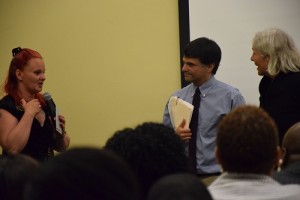 When Jim Cocola, associate professor of literature, film, and media in WPI’s Humanities and Arts Department and the academic director of Worcester’s Clemente Course in the Humanities, first thought about helping restart the initiative after it had been on hiatus for over a decade, he wondered how much traction the program would have across the city. As the course prepares to launch its second year, Cocola is pleased with the collaboration among area individuals, institutions, and organizations.

The Clemente Course in the Humanities is an 8-month, twice-a-week course of educational classes that aim to bring together economically challenged people from all walks of life for close study of the humanities, including literature, philosophy, American history, art history, and critical thinking and writing.

This year marks the 20th anniversary since the Clemente Course in the Humanities was founded by historian Earl Shorris. Graduates of the program are eligible to earn up to six college credits, often allowing them to take that next step into degree-earning programs.

On Sept. 10, the National Endowment for the Humanities, an independent federal agency, recognized the Clemente Course in the Humanities and nine other individuals and institutions for their work. According to the organization, “The National Humanities Medal honors an individual or organization whose work has deepened the nation’s understanding of the human experience, broadened citizens’ engagement with history and literature, or helped preserve and expand Americans’ access to cultural resources.” 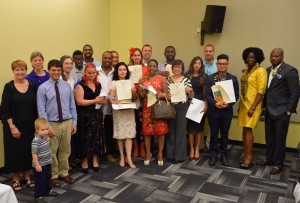 This year’s Worcester program kicks off with an orientation on Sept. 29 and a start date of Oct. 1. Most students in the program have barriers to higher education that have prevented them from earning college credit or finishing their degrees. Students who are admitted to the program pay no tuition; transportation, child care, books, and fees are provided.

Cocola knew about the Clemente Course in the Humanities from his work at Bard College and thought it would be an ideal match for the educational, economic, and cultural diversity in Worcester and the general support of the program in the state. “Six of the 30 programs nationally are here in Massachusetts and that speaks highly of the commitment of the Commonwealth to the ideas behind the initiative,” he says.

The Clemente Course in the Humanities is a community-wide effort. Educators from many colleges in the Worcester Consortium teach the classes, all of which will meet this year at the Worcester Art Museum. Together with MassHumanities, Worcester Interfaith sponsors the program, assisting with funding, reserving space for classes, arranging community dinners, and helping make the program a collaborative effort across the city. Worcester has quickly become a model for other Clemente Course launches because of the wide network of individuals, institutions, and organizations who partner together to offer funding or services, says Cocola. 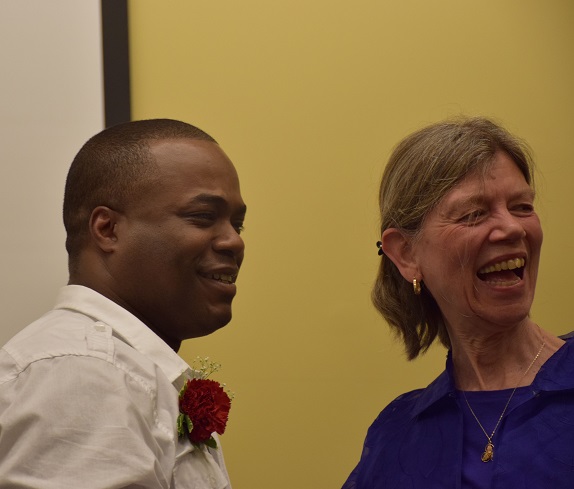 Students come to the program through a selection process that has attracted about 50 applicants over each of the last two years. Prospective students who meet financial need requirements submit an application with a short essay, and then go through an interview process. “Their interest in the program really shows at the interview level,” says Cocola. Some applicants walk miles to attend the interview, and they come with histories ranging from asylum seekers to veterans. “Their stories are remarkable,” he says.

Ruth Smith, associate professor in the Humanities and Arts Department, taught the Clemente Course’s philosophy class last year and will do the same this year. “You find a group of people who often are not given a place to do liberal arts work,” she says of the students. The very nature of such diverse backgrounds lends itself well to the perspectives in class and with each other. “Everyone is given a fresh start,” she says, including the professors. Whether the students come with housing or racism issues, with legal or financial troubles, the valuable perspectives they add to the classroom isn’t based on stereotypical theories, but on real life, she says.

“The diversity in the room is unlike anything I have found elsewhere,” says Cocola. There are students from their late teens and early 20s and those in their 60s. The varied perspectives offer a rich layer to the students’ experiences, bringing new discussions to the classroom.

And Cocola says, the Clemente Course has far-reaching impact. Some of last year’s graduates are now enrolled in four-year colleges and universities, while others are undertaking an independent and continuing course of reading and learning. This year’s class includes neighbors and siblings of those who attended last year, as well as new students from various corners of the city. “Much of the emphasis on education in this country is understandably on preschool, elementary, middle, and high school, but lifelong learning also benefits people of all ages and communities of all kinds,” he says.

Smith adds that as children see their parents doing homework, the generational thread becomes very powerful. And even the act of approaching sometimes intimidating ideas of philosophy is freeing. “It’s the power of their opening up texts that seemed like they belonged to someone else,” says Smith.

Anyone interested in learning more about Worcester’s Clemente Course in the Humanities may contact Elizabeth Bacon, community coordinator, at bacon64@charter.net.