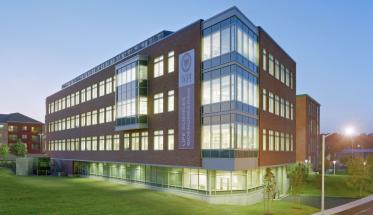 How One Building Created a Cascade of Change

A decade later, WPI’s investment in the Life Sciences and Bioengineering Center at Gateway Park has paid off in a multitude of ways.
Photography
Dan Vaillancourt

It’s been nearly a decade since the doors to WPI’s Life Sciences and Bioengineering Center (LSBC) opened. The first building to rise at Gateway Park, an 11-acre mixed-use campus taking shape just north of downtown Worcester and a short walk from the main WPI campus, the LSBC, formally dedicated on September 17, 2007, represented something of a gamble. In building the 125,000-square-foot research facility, the university was betting that by making a $65 million investment in the life sciences (the cost of the building and the site clean-up), it would realize dividends down the road.

That bet has paid off, and then some, says Eric Overström, former professor of biology and biotechnology, who joined WPI in 2004 as head of that department. “This building has produced a return on investment well beyond anything we anticipated at the time,” he says.

The LSBC was the answer to a question that had been nagging at WPI since it acquired the Gateway Park property in 1999, jointly with the Worcester Business Development Corporation: How could that former industrial brownfield benefit the university? The idea of constructing a building to provide much-needed space for a growing a research enterprise emerged early on, but what kind of research would be represented was unclear.

Overström recalls a meeting where several faculty members described the facilities they envisioned for the new center, including fire labs and a drop tower for impact research. He and his fellow life sciences department heads, the late Chris Sotak in Biomedical Engineering and Jim Dittami in Chemistry and Biochemistry, huddled and decided to propose a more focused approach: move all of WPI’s graduate research programs in the life sciences and bioengineering to the new building.

The idea had a practical motivation. The wet labs in the 115-year-old Salisbury Laboratories building, where the biologist and biomedical engineers worked, were poorly suited to modern research, while lab space in the newer Goddard Hall, home to chemistry, biochemistry, and chemical engineering research, was running short as the WPI faculty grew.

The Life Sciences and Bioengineering Center under construction in 2006 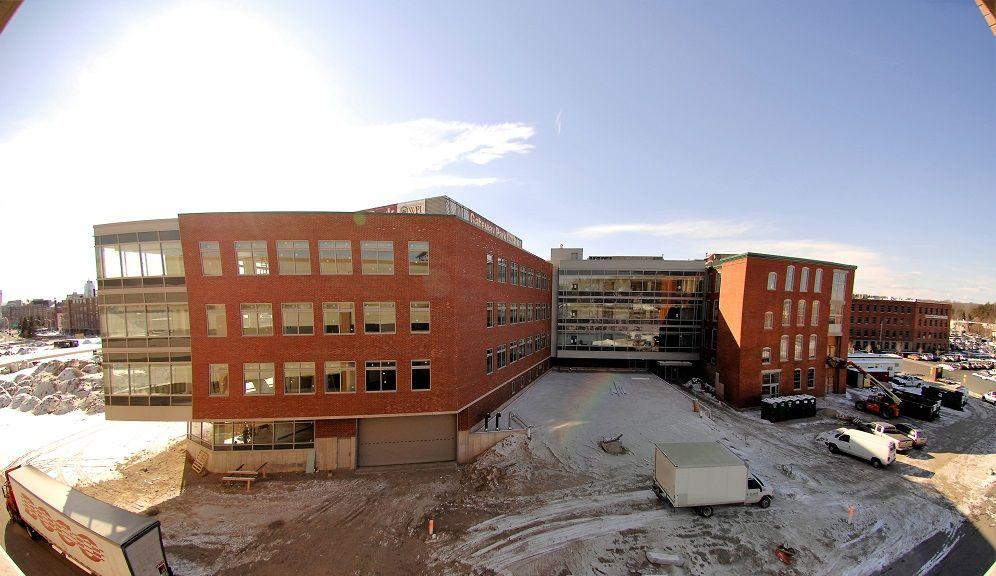 World-class lab space would not only accelerate WPI’s research in these fields, it would help attract outstanding new faculty members in areas that were important to the future of WPI and the region. That’s what Overström, Sotak, and Dittami maintained when they pitched the idea to President Dennis Berkey. The president found the vision compelling and timely. He convinced the Board of Trustees to break with its longstanding practice of waiting until buildings are largely paid for before putting shovels in the ground, believing that if WPI was to maintain its competitive edge and realize its vision of being recognized as a robust STEM research university, it needed to be willing to issue debt with the promise of an adequate return sometime down the road.

That decision set the stage for other key strategic investments by WPI that followed, including East Hall (a residence hall with Worcester’s first green roof), the Sports and Recreation Center, the Park Avenue Garage (with its rooftop playing fields), Faraday Hall (a residence hall built near Gateway Park), and the Foisie Innovation Studio and Messenger Residence Hall (now rising on the Quadrangle), which were also partly financed with debt.

WPI built the LSBC with the intention of occupying only about half the building. Space on the first floor was allocated to a life sciences business incubator managed by Massachusetts Biomedical Initiatives (MBI) and WPI’s Corporate and Professional Education staff moved into offices on the second floor. The balance of the building was available for lease by life sciences companies. 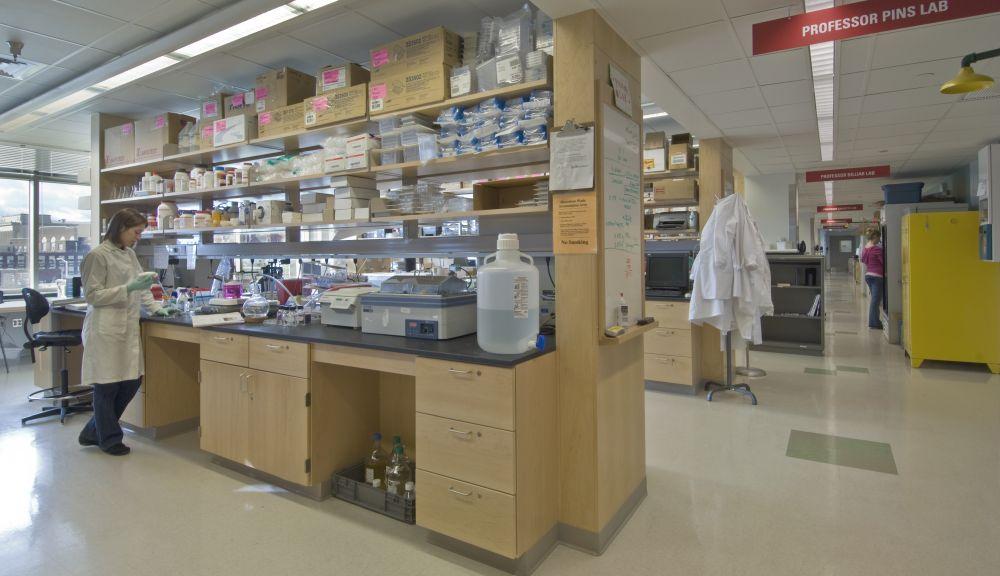 “Putting our researchers in the same building with private companies was met with skepticism,” Overström says. “There was concern that the companies would steal our ideas.” In fact, the move proved beneficial. Faculty members forged research partnerships with MBI tenants, which also hired students to work on research projects (some parlayed that experience into full-time jobs). In addition, company employees have enrolled in WPI graduate programs.

Over time, as some tenants departed, the university would fill about 85 percent the LSBC with its own research labs. “As had been hoped, the building did help the university recruit a growing cadre of talented faculty members, many of whom arrived from top-tier graduate schools with well-established research programs,” notes WPI provost Bruce Bursten.

By design, lab space was assigned by research focus area, rather than department, which led to productive interdisciplinary research partnerships, growing success in winning research funding, and growing enrollments in WPI’s life-sciences related departments. Today, almost 40 faculty members and about 60 graduate students from six departments (including Mechanical Engineering and Physics) have lab space in the LSBC.

The Bioengineering Education and Training Center in Gateway II 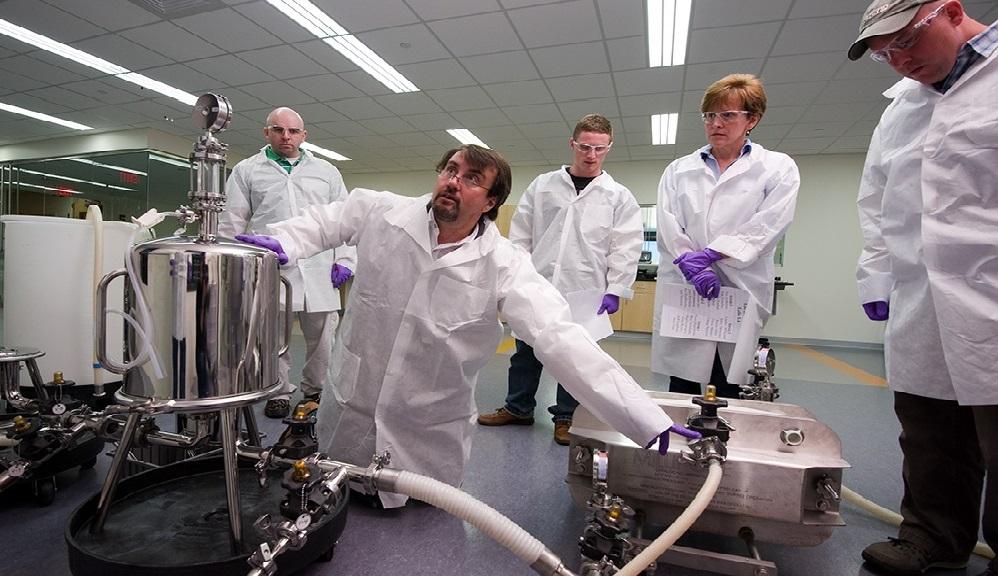 The move of labs and faculty offices to Gateway Park freed up room on the main campus just as rapid growth in the undergraduate and graduate programs created a pressing need for more space. With a gift from the Alden Trust, labs emptied in Goddard Hall’s north wing were transformed into cutting-edge undergraduate teaching labs for biology, biomedical engineering, and chemistry and biochemistry. Former wet labs in Salisbury Laboratories became classrooms and offices for WPI’s Humanities and Arts and Social Science and Policy Studies Departments, as well as space for Faculty Governance, the Dean of Arts and Sciences, and other programs.

The impact of the first Gateway Park investment was also felt beyond the WPI campus, Bursten notes. Worcester was ramping up its efforts to revitalize the city’s downtown and was happy to have WPI (which in 2010 acquired WBDC’s interests in Gateway Park, becoming the site’s sole owner) as a partner in that effort. “Gateway Park, once a decaying relic of the city’s industrial past, has, through WPI’s leadership, become a center of innovation and economic development in such 21st century industries as biotechnology, chemical biology, and biomedicine,” he says.

That transformation was noticed in Boston. After then-Massachusetts governor Deval Patrick launched the state’s $1 billion Life Sciences Initiative in 2008, WPI’s success with the LSBC helped bolster its successful application for a $5.2 million grant to support the next phase of development at Gateway Park, including the construction of the Biomanufacturing Education and Training Center (BETC). (The second building, Gateway II, which also houses the Foisie Business School and the Department of Fire Protection Engineering, with its new state-of-the-art burn labs, was constructed by a private developer on land leased from WPI). The BETC, which provides training, workforce development, and consulting, has become a highly valued resource for the state’s rapidly expanding biomanufacturing industry. 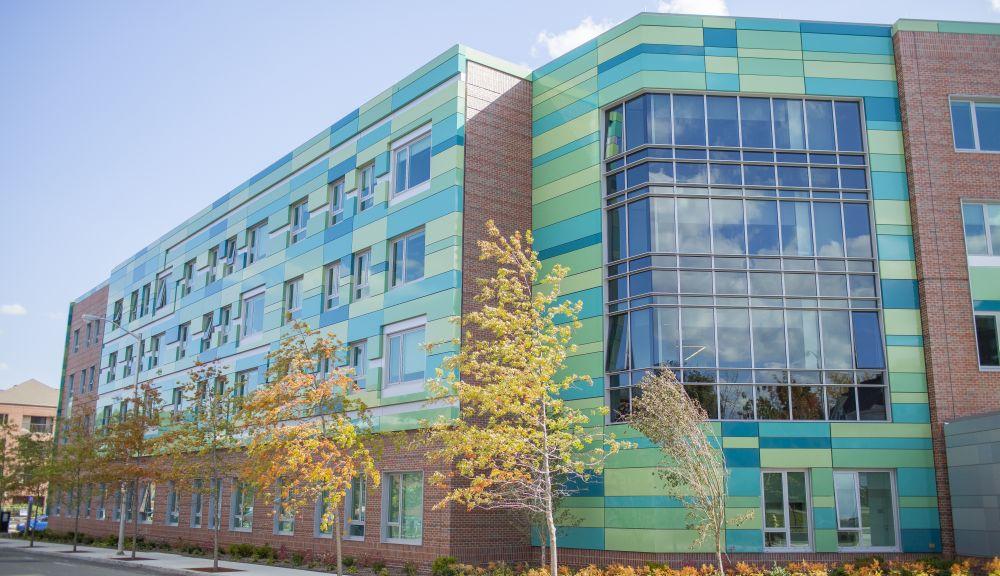 Today the Gateway Park campus is poised for further growth (a third building is in the planning phase and others will likely follow in the years ahead). At the same time, the development has been the catalyst for the revitalization of the Prescott Street and Grove Street corridor, where Faraday (residence) Hall, the Massachusetts Academy of Mathematics and Science (a high school affiliated with WPI), offices and labs for WPI’s Robotics Engineering Program and Healthcare Delivery Institute, and spaces developed by individuals affiliated with WPI for business incubation have all taken root, and where other new residential and commercial developments have been completed or are in the works.

“Ten years ago, this was a dormant place with potential, just waiting for the right spark to set things in motion,” says Laurie Leshin, who joined WPI in 2014 as the university’s 16th president. “The LSBC was that spark, and the ripple effect from that one building has been truly remarkable. It will be quite exciting to see what the next decade brings as WPI expands our commitment to making cutting-edge discoveries right here in Worcester.”

--First published in the 2017 edition of WPI Research