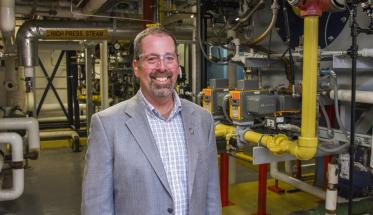 Eric Beattie to lead the planning, operation, maintenance of university buildings and grounds

Eric Beattie has joined WPI as vice president for campus planning and facilities management. This enhanced role highlights Beattie’s capabilities to provide alignment of the facilities, operations, and property management on campus with the strategic goals of the university.

With an extensive track record in higher ed facilities management and planning, Beattie says WPI’s environment suits him. “Each project and building has a variety of construction properties and space needs,” he says, “and I like that challenge. In higher ed, things never stop changing, and that keeps our work interesting.”

His experience brings a broad perspective that allows him to use the role to lead the university’s planning and design efforts so they directly support the mission, vision, and strategic plan as WPI moves forward with its next capital plan. 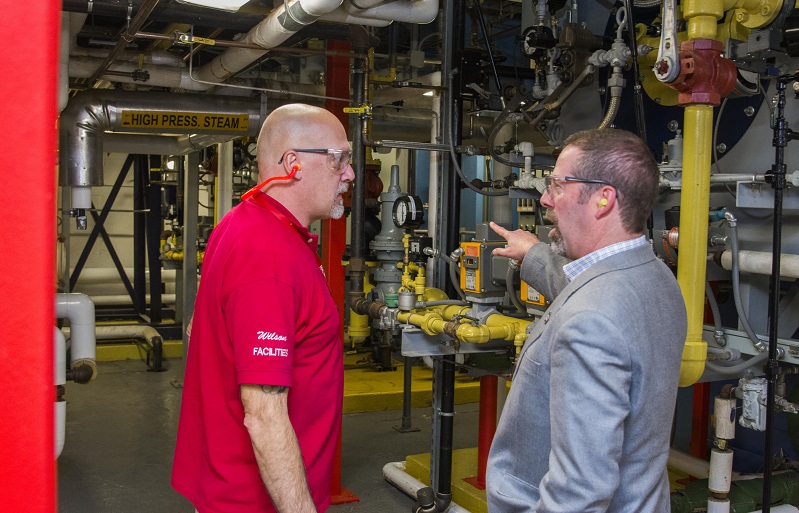 In addition to developing and implementing a vision for supporting WPI’s strategic plan with facilities, Beattie will lead the planning, operation, maintenance, renovation and construction, and environmental health and safety of university buildings and grounds. Higher ed poses particular challenges as older, often historic, buildings are mixed in with new construction, occasionally leaving modern needs shoehorned into buildings that can’t support some of the high-tech equipment. But preserving and repurposing the older buildings that give a campus its character and serve as historical reference points for generations is an integral part of planning the future of the campus.

“Facilities can’t stay the same,” says Beattie. “That can be challenging. The key is finding a purpose for the buildings. We always say, ‘What does that building want to be?’” he says. Boynton Hall, for instance, would not make a good lab building, but it’s well suited for administrative offices.

According to Jeffrey Solomon, executive vice president and chief financial officer, a hiring committee that included WPI trustees identified Beattie as a standout among a pool of strong candidates. The committee members thought his significant professional experience in both large and small higher education environments gives his grasp of the range of facilities management issues a campus presence.

Beattie has a long history of working in higher education environments. He spent 13 years as the director of campus planning, design, and construction at Syracuse University, where he was responsible for 32 major renovations, 13 new facilities, and a staff of 40. Prior to that, he held a similar role at Williams College and served as university engineer at the University of Vermont (his alma mater for his BS in civil engineering; he also holds an MBA from UMass Amherst). He launched his career with positions with engineering consulting firms in Dallas, first at Southwestern Laboratories, then at Brockette Davis Drake Structural Engineering Consultants.

His most recent role was in private industry as a senior preconstruction executive at Gilbane Building Company, where his focus remained on higher ed clients but his responsibilities gave him a new perspective. “I was glad to have the ability to work for the types of companies we do business with here at WPI,” he says. “It’s very useful to know how the construction companies operate and what they need in order to deliver what we, as clients, need.”

But Beattie was drawn back to the higher ed environment. “I love being on a campus,” he says. “It’s a stimulating environment, there are always activities going on, and people are always learning.”

But even with all that experience, no two campus environments are the same. Williams was so small a bike was sufficient transportation for Beattie. In contrast, Syracuse’s campus was so large he used a car to get around campus. Beattie likes that WPI’s size is the middle ground between the two. “It is exciting for me, coming in at square one and learning a new institution and a whole new set of campus characteristics,” he says. Because of the mix of old and new on campus, he is mindful of discovering the traditions and the histories of the structures many hold so dear. Solomon knows how essential that is and believes Beattie’s awareness means WPI’s campus is in trusted hands. “We have to balance the institution’s needs with the deep history of the campus and these buildings,” says Solomon. “We need to respect the history and the feel of having this beautiful, traditional New England campus.”

As WPI continues to evolve and become a premier global polytechnic, Beattie will be tasked with creatively using the campus to help drive strategic goals in the university, according to Solomon. “We were impressed by his significant facilities management and planning experience and his skills leading a group of professionals working to align a built environment on campus with the strategic plan of the institution,” he says. “He has significant experience in being able to visualize using what exists on campus to drive the strategic plan.”

Beattie will jump right into his new role with the next major capital plan—one  that will likely address any potential or future space needs on a 95-acre campus, which includes the Gateway area, and even the new WPI Seaport location. He comes to a facilities team that provides excellent customer needs and a campus that is adapting to the demands of a growing student, faculty, and staff population.

As Beattie begins to assess WPI space, needs, and future plans, he is planning to make sure the existing buildings serve their best purpose. “I want to take a look at the opportunities we might be missing in the existing buildings,” he says. “There might be areas that aren’t an optimal mix of programs.” Sometimes groups are in an existing space simply because it’s what was available when they needed it, but it doesn’t mean it's a space where they can thrive and do their best work.

With the Foisie Innovation Studio moving closer and closer to opening, Beattie is looking forward to being a part of this much anticipated, multi-use space. “I want to help our team finish strong," he says, "and have the building ready for occupancy.”