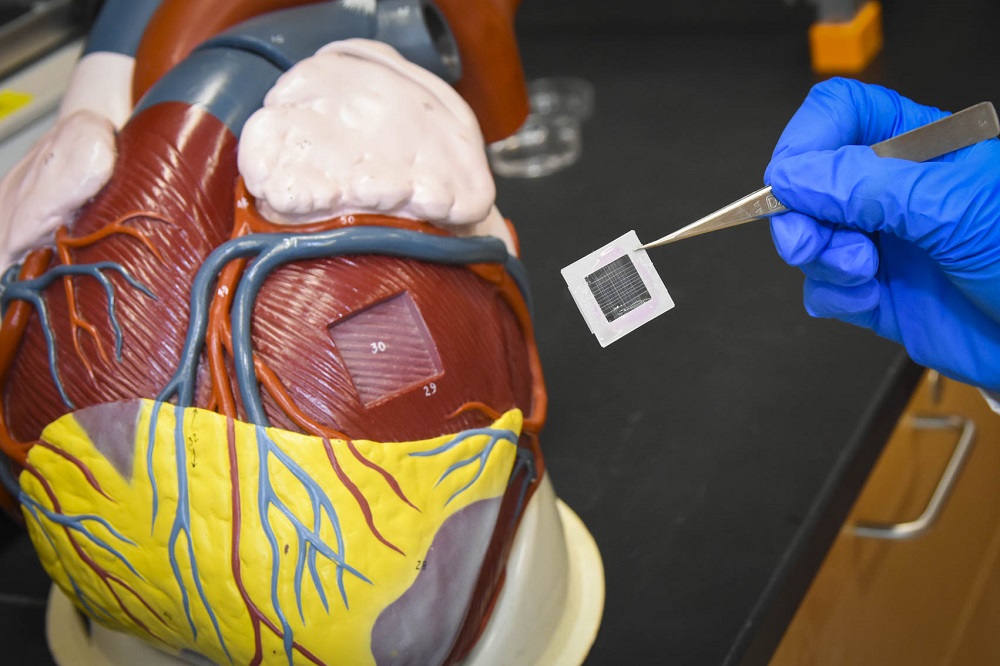 This bioengineered patch, made from woven biopolymer microthreads about the width of a human hair, was developed by researchers at Worcester Polytechnic Institute. It may one day help cardiac muscle beat more strongly after a heart attack.

A research team at Worcester Polytechnic Institute (WPI) has been awarded a $452,000 National Institutes of Health grant to bioengineer a patch to help cardiac muscle beat more strongly and efficiently after a heart attack. Work funded by the three-year grant centers on biopolymer microthreads—about the width of a human hair—that can be braided into cable-like structures that mimic human muscle fibers and other connective tissues.

The project is led by George Pins, PhD, associate professor of biomedical engineering at WPI, who has pioneered the development of biopolymer microthreads as a platform technology for a variety of wound-healing and tissue

“After a heart attack, scarring of the cardiac muscle limits the heart’s ability to pump, a fundamental problem we are trying to address with this effort,” Pins said. “We appreciate the NIH’s support of our work and look forward to an intense three years of research and development.”

According to the American Heart Association, cardiovascular diseases remain the leading cause of death globally, with some 500,000 new cases of heart failure diagnosed annually in the United States alone. Currently, there is no technology available that can restore contractile function to a scarred section of heart muscle, so developing a new approach to help strengthen hearts damaged by chronic disease or a heart attack remains a major public health objective.

Made primarily of fibrin, a naturally occurring human protein that forms blood clots to stop bleeding after injury, the biopolymer microthreads Pins is developing were first conceived as a potential tool for repairing torn anterior cruciate ligaments (ACL) in the knee. The versatile microthreads have since been adapted for use as biological scaffolds to deliver cells or protein therapies for wound healing and skeletal muscle regeneration, among other purposes.

In the new project, Pins and the team will embed a series of microthreads in a fibrin hydrogel to form a composite “patch” to replicate the structure of heart muscle. The threads will be seeded with induced pluripotent stem cells that have been engineered to become cardiac muscle cells. The design of the composite patch will be tested and refined in a variety of ways, including altering the diameter of the microthreads and the ways they are cross-linked together to form bundles. The goal is to optimize the structure of the patch so cardiac cells can align on the threads, propagate electrical signals along the threads, and contract together like healthy heart muscle. Eventually, the hope is the patch could be sutured directly onto a damaged heart to restore contractile function.

Pins will build the heart patch with multiple layers of the thread/hydrogel composite to provide additional strength and contractile force. Glenn Gaudette, PhD, professor of biomedical engineering at WPI, is a co-investigator of the project. Pins and Gaudette have collaborated on several previous microthread related projects. (In a separate project, Gaudette leads a WPI research team that has stripped plant cells from spinach leaves and used the remaining vascular structure as a scaffold to culture beating human heart cells as an alternative method to bioengineer functional cardiac tissue for heart attack patients.)

Looking ahead, following development and analysis of the heart patch funded by the new grant, Pins plans to integrate layers of a 3-D printed substrate etched with channels to allow culture media and eventually blood to flow through and nourish the cells on the threads. “Delivering nutrients to the cells is critical, both for culturing the patch and to sustain it after implantation,” Pins said. “So, we have engineered a system to flow blood through the patch, and we also may explore using the decellularized spinach leaves that Glenn’s lab is working on as an alternative to perfuse the patch.” 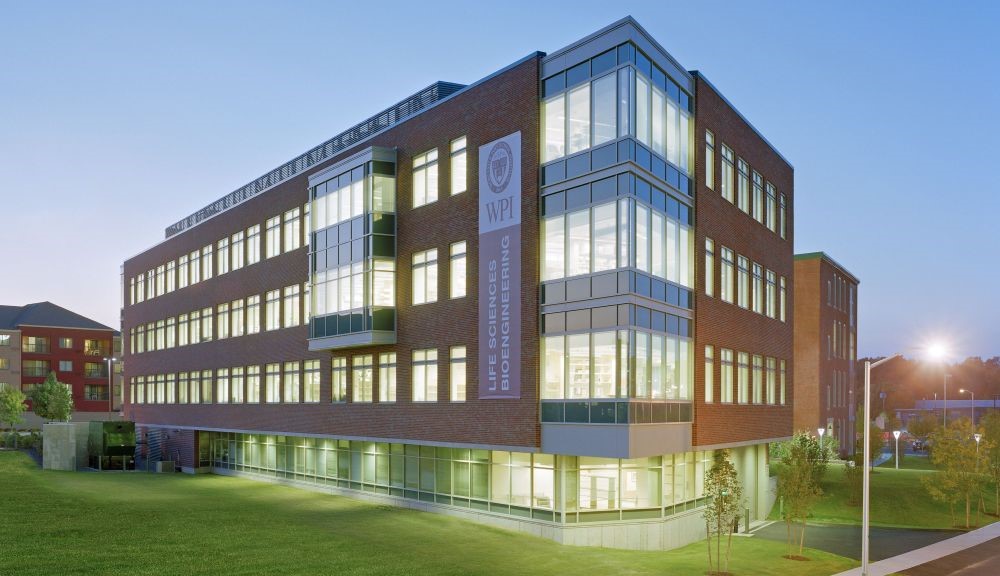 A Building that Promotes Interdisciplinary Collaboration

George Pins pursues his research in WPI's Life Sciences and Bioengineering Center at Gateway Park. Constructed 10 years ago, the building was designed to promote collaboration. Rather than assigning faculty members to lab bays based on departments, researchers are located near other faculty who are engaged in similar kinds of work. The approach has led to many fruitful partnerships. Read more.