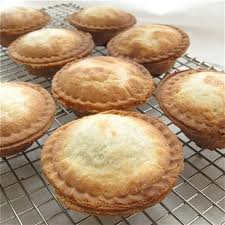 The Table Talk snack pie giveaway
begins at 11 a.m. near the bookstore
in the Rubin Campus Center.

• With just nine days left in the Countdown to President Leshin’s inauguration, another Worcester institution is helping WPI celebrate with good taste…

Table Talk Pies, which has been baking “America’s Favorite Pie” here in Worcester since 1924, is sending 500 snack pies—putting the pie in WPI’s Countdown to #imaginemore. In fact, with this community’s love of pi and pie—especially the adorable and delicious Table Talk variety—it’ll be extra easy to Imagine More.

The giveaway begins at 11 a.m. opposite the information desk in the Rubin Campus Center and will continue only while supplies last. (It’s first come, first served… so come early!)

It’s interesting to note that, though they’ve been a perennial New England favorite, Table Talk Pies are now sold nationally. What’s more, they bake over 80 million of their signature 4-inch snack pies per year—and that’s in addition to their 8-inch and 10-inch pies.