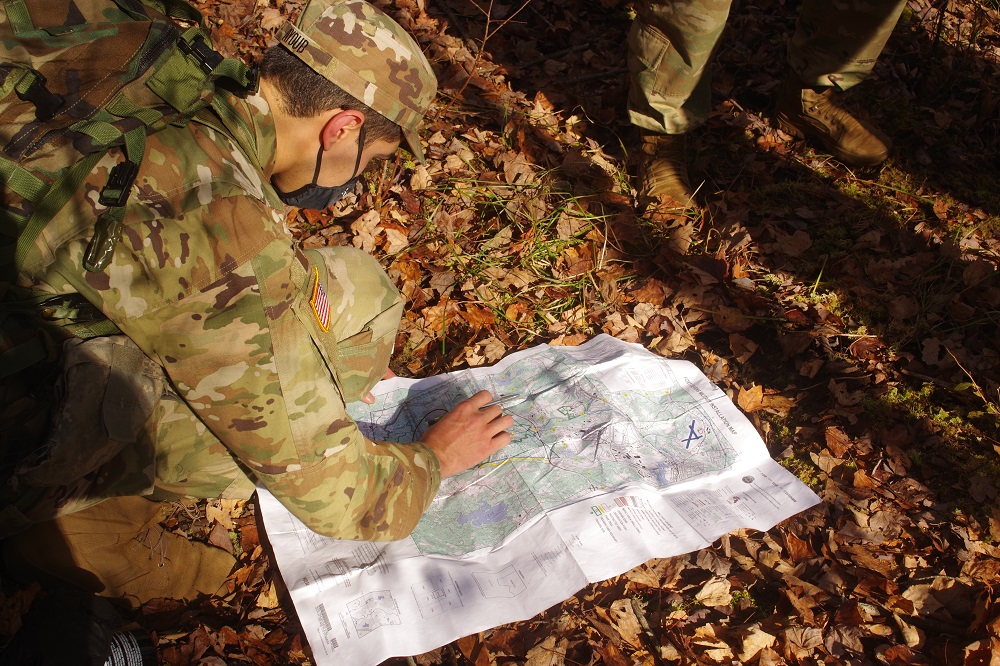 ROTC Training at Devens: Bringing Classroom Lessons to the Field

Alex Psenicka and Thomas Gradwell lie prone in the thick leaf litter on the woodland floor, their camo fatigues blending with the surrounding underbrush. Responding to a hand signal from their squad leader a few meters ahead, they crawl up a slight incline cradling their replica M-16 rifles and stop at the top of a rise between two trees, scanning the forest for signs of their objective. 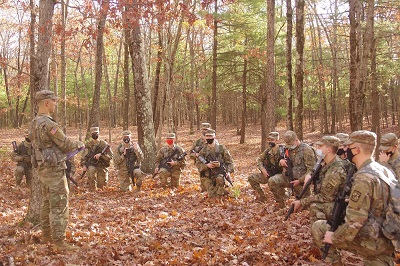 While many college students were enjoying the unseasonably warm weather on the first Saturday in November, Psenicka and Gradwell were among 80 Army ROTC (Reserve Officers' Training Corps) cadets from WPI’s Bay State Battalion methodically walking and crawling through the woods, marshes, and thick brush of the 3,000-acre range at Fort Devens while conducting tactical ROTC training.

The battalion comprises cadets from all Worcester Consortium colleges and universities, plus Fitchburg and Framingham State universities, and UMass Lowell. The day’s activities provided a first opportunity for the battalion’s juniors to be in leadership roles out in the field, mastering what Military Science department head Lt. Col. Adam Heppe termed “METT-TC, or mission, enemy, troops, time, terrain, and civil considerations.”

“This is where they have to deal with all these operational and mission variables and put into place what they’ve been learning in the classroom,” he said, “Everything from maneuvering across thick brush and through slippery leaves to dealing with line-of-sight issues where they can’t maintain control of the formation like they want to. It’s a different environment, and it’s challenging.”

squad preparing to move out 2.jpg 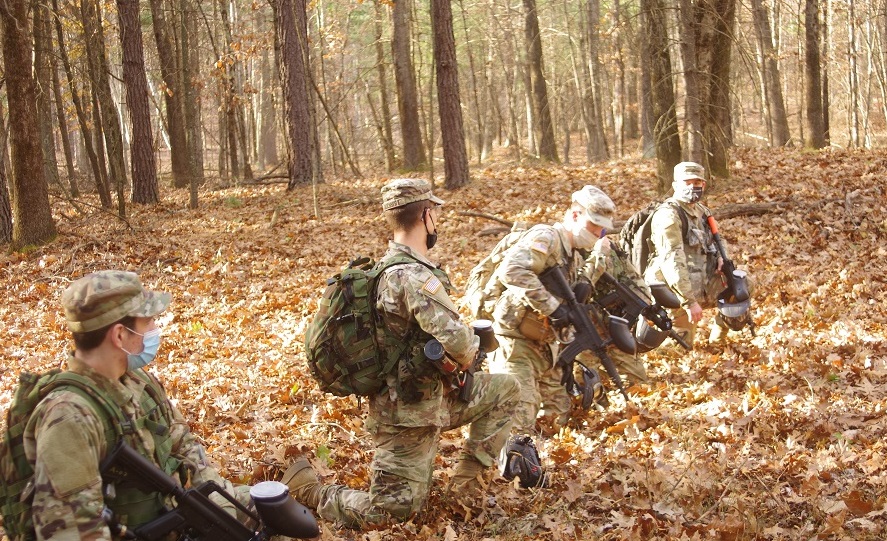 A squad readies to move out on a simulated ambush armed with paintball guns.

The juniors—or MS3 cadets—were tasked to lead 8-12 person teams through different operations such as squad ambush, squad reconnaissance, and movement to contact (with the enemy).

Overseen by a cadre of seven active duty and retired military staff, the cadet leaders guided their peers in silently navigating through thick woods using a map and compass to locate an objective—in this case, a dummy next to a tent—while avoiding detection.

Later in the day they set up a mock roadside ambush and engaged in a simulated battle in the woods using replica weapons that shoot paintballs.

Having the Devens military base available provides an advantage in training, especially with the limitations imposed by the pandemic, Heppe said. “We wouldn’t be able to do the tactical type of training that’s required for leadership development without having some sort of woodland environment,” he said. “As WPI is an urban campus, we need something like this to train. 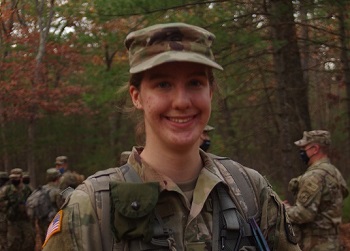 “Everything in ROTC is changed because of COVID,” he continued. “We offer military science classes remotely. Our (physical training) is relegated to the individual campuses, instead of all of our Worcester-area schools coming to WPI.”

In addition, weekly leadership labs have become consolidated to a monthly event at Devens, where the battalion can maximize daylight and training opportunities and get everyone to a single location, he said.

WPI cadets Ian Weston and Hope Soucy see ROTC and military service as a rewarding way to serve the country and round out their skills.

“The military is a large community that serves the United States and helps others. I want to be a part of that,” said Soucy, a sophomore biomedical engineering major from Vermont.

“I joined late last year. I missed this in my freshman year, so this is a good introduction,” she said of the day’s training. “It filled in some holes that I missed.

“Today we had team leaders. It’s so important. You see how they lead by example. Without a team leader you can’t really run a squad.” 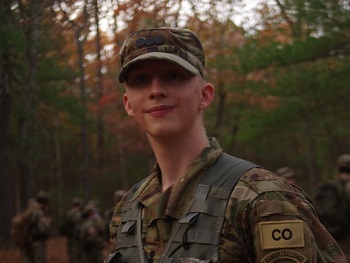 Weston, a junior civil engineering major from Boston’s South Shore, said he wants to gain leadership development from ROTC and military service, with the goal of a career in construction project management and a discipline in structural engineering.

“I want to utilize the military to adapt my ability, expertise and mental toughness, my physical fitness and my interpersonal skills,” he said. “I’m utilizing the program to not only develop myself, but to develop my peers. I’m part of a community that is not just WPI, but the Worcester Consortium schools.”

“This is my first experience leading a squad. I did reconnaissance. I’m learning how to take the doctrine and implement it in the field, which is crucial as a building block to get into tactics and operations.”

Heppe said the fall semester is focused on individual skills, up through the squad level, which is 10 to 12 cadets. In the spring the program will transition to platoon tactics, which is approximately a 40-person team.

“Today was a fantastic day,” he said. “This was the first time our cadets were able to put theory into practice.”