WPI Recognized for Top Army ROTC Program in the Northeast

Bay State Battalion one of only eight Army ROTC programs from across the U.S. to earn the 2021 MacArthur Award.

Lt. Col. Adam Heppe, department head and professor of military science, says he is pleased and humbled at the program being recognized as the best of 41 others in the region. Heppe has mixed emotions as he embarks on his last semester at WPI: excitement over the achievement of the battalion, and sadness over leaving what he describes as his most fulfilling assignment in 20 years as an Army officer. He will retire upon completion of his WPI assignment.

“It is humbling to be recognized among such a stellar group of universities in our region,” he says. “The program is strong, and I am confident that it will continue to thrive for the foreseeable future.” 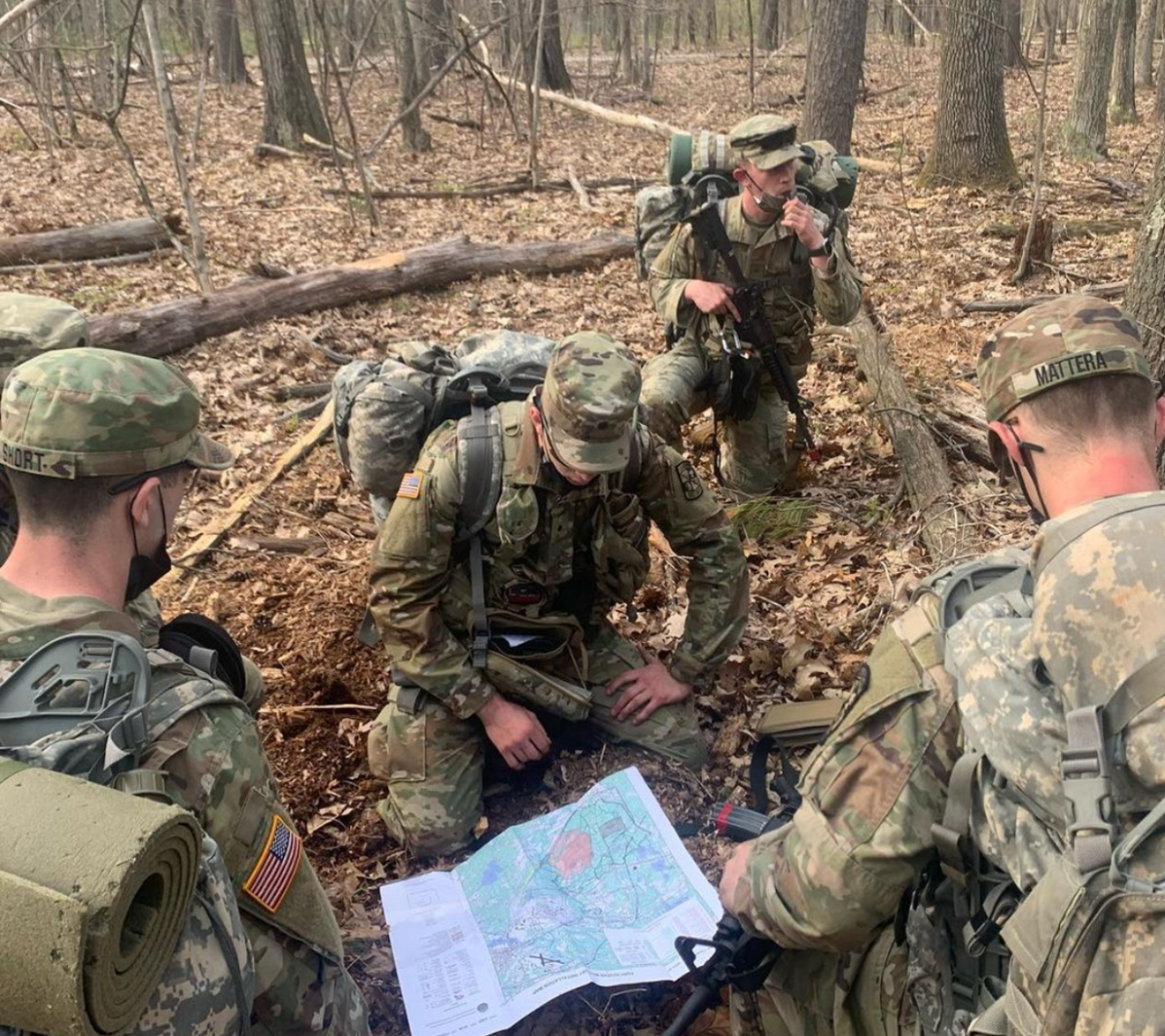 The MacArthur awards, presented by Army Cadet Command and the General Douglas MacArthur Foundation, recognize the ideals of “Duty, Honor, Country” as advocated by the late Gen. MacArthur.

The award is based on a combination of the achievement of the university's commissioning mission, its cadets' performance and standing on the command's National Order of Merit list, and its cadet retention rate.

Heppe says the recognition is largely the result of the battalion’s performance at this past Cadet Summer Training at Fort Knox in Kentucky, in which WPI’s senior class of cadets outperformed every school in the nation—No. 1 out of 274. WPI senior Cadet Ian Weston also ranked No. 11 from all cadets in the nation pursing an active-duty commission. WPI has produced one of the top 12 cadets in the nation three of the last four years.

“We’ve had incredible luck over the last few years with our cadre,” he says, referring to the civilian staff, commissioned officers, and enlisted Army personnel who help train the cadets. In particular, he credits the impact of Master Sgt. Alan Sutton, who last year was lead tactics instructor for the junior class. “He’s without a doubt the most phenomenal non-commissioned officer I’ve had the pleasure of working with over the last 20 years.”

“Not only are the cadets being trained in tactics, now they’re being evaluated on the delivery of that instruction, which I don’t think other programs are doing at the level we are,” Heppe points out.  MSG. Sutton is currently a finalist for the Cadet Command NCO Instructor of the Year. 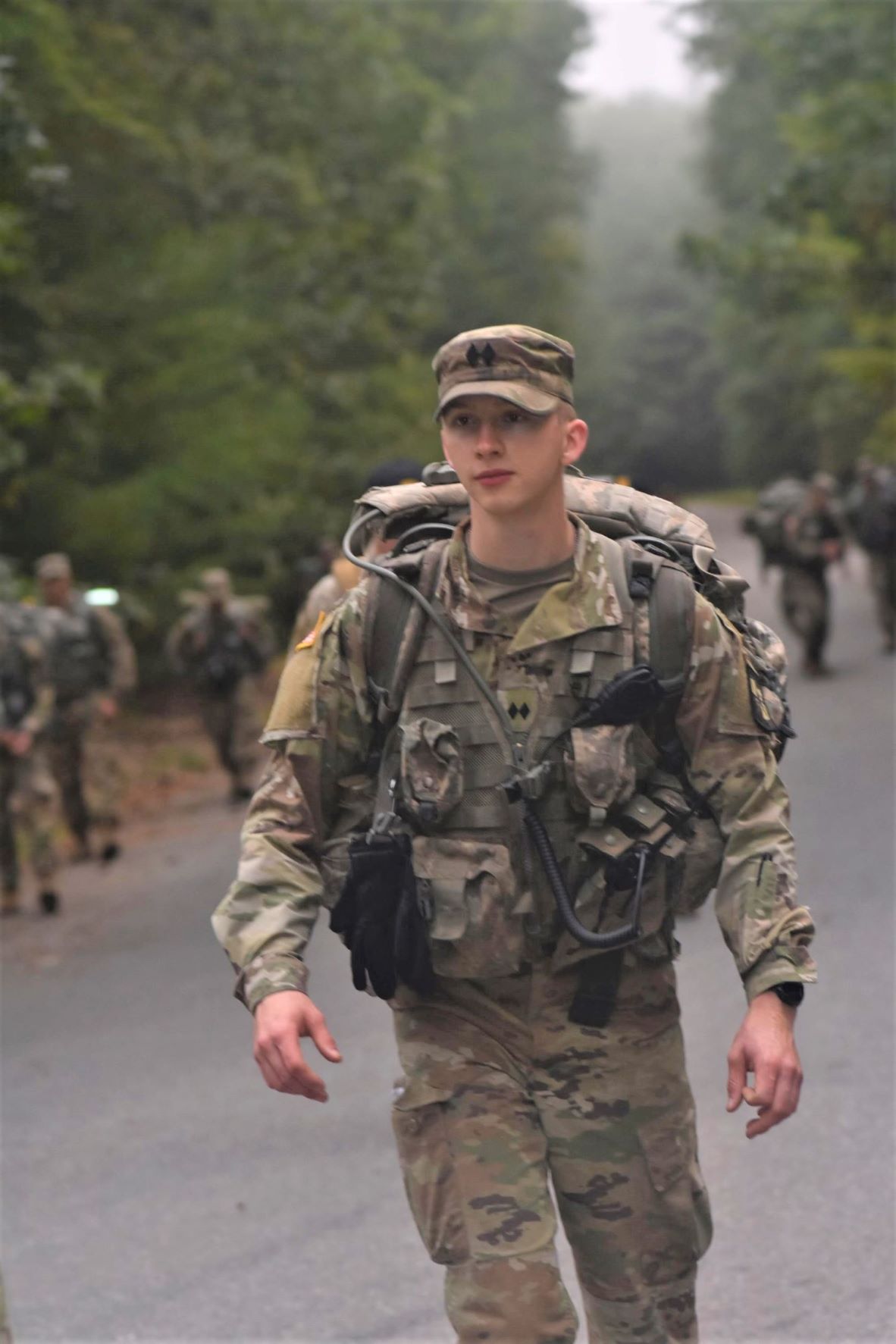 Another key development was establishing a relationship with Fort Devens, which allows the program to teach and train cadets on a military installation. “When I arrived here in 2018, we were training tactics each week on Newton Hill (behind nearby Doherty High School) at 6 a.m.,” he says. “It was not ideal for training, retention, or morale. Shifting the training venue to Devens and consolidating it to a monthly weekend event increased focus, preparation, and planning, and elevated our training to the next level.”

Heppe had words of praise for Cadet Weston, who was a key figure in the training and culture of the battalion. “Ian has demonstrated maturity beyond his years from the moment he stepped into this program,” he says. “He has understood what it’s meant to be a leader since he joined us. He’s matured and developed into an impressive young man.

“He led our program this fall as the cadet battalion commander. He understands leadership, empathy, and communication. I’d choose him to lead a platoon in combat today. “To have Ian and his peers remain focused, especially over the last two years of the pandemic, and being able to put that distraction aside and focus on training, focus on leadership, and not use the pandemic as an excuse or distraction, has been simply remarkable.”