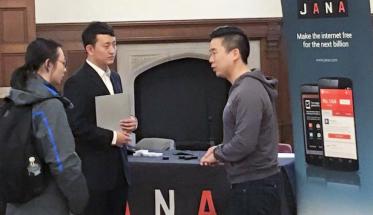 While large companies can have excellent opportunities to recruit the best and the brightest, smaller startups don't often have the same resources. The student-run Tech Entrepreneurs continues to change that with the second annual Startup Career Fair on Wednesday, Feb. 8 in Riley Commons.

According to Jason Ashton '19, a computer science major, the career fair gives students who are just curious about working for a startup or who are seriously looking for a work opportunity a chance to meet with several startups in a short time. Last year's inaugural Startup Career Fair attracted about 100 students, says Ashton, but feedback and interest is leading the group to expect a larger crowd this year. 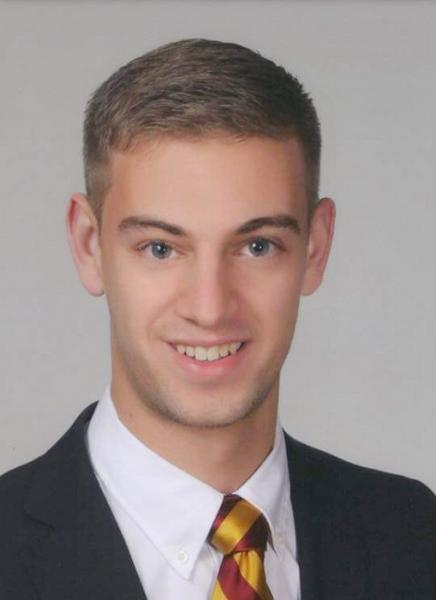 Tech Entrepreneurs frequently works closely with people who founded or work in local startups in Worcester and Boston, but the career fair brings not just knowledge, but potential job opportunities to students. “Our president, Himanshu Sahay, had the idea for a startup career fair to bring in companies similar to people we work with,” he says.

The Career Development Center's traditional Career Fair is large, popular, and well attended by students looking to gain foothold in some of the larger, established companies. But students who are interested in smaller startups don't always have such a clear path to finding employment or even gathering enough information to consider the options.

On the flip side, small startups are often so invested in getting through the mountains of work it takes to get a company going that they don't generally have the time and the resources to actively recruit talent the way they might like, says Ashton.

The timing is excellent, he says, as the push to encourage startups in Worcester and to encourage MQP teams to take their projects to the next level is growing in the wider community and on campus.

Thus far, several companies, including 128 Technology and Wise Systems, have committed to attending and two representatives standing in for several companies also plan to be there. The participating startups were brought in through alumni connections or even student connections. Others were just the result of flat-out cold emails from Tech Entrepreneurs.

“The focus is on students looking for full-time jobs,” says Ashton, “but there will be some looking for smaller internship opportunities.” Many startups don't have formal internship programs, but do offer opportunities for students, so there are different ways students and startups can work together.

Prior to the fair, students are given the opportunity to upload their resumes to share them with companies they are interested in. The companies will review the resumes and reach out to any students with whom they are interested in pursuing a conversation and potential interview. Those interviews will take place in the morning; the afternoon program will have the feel of a traditional career fair. Business attire is strongly encouraged and students may bring a pile of resumes and some knowledge of the companies.

As the employment landscape continues to change, students are looking for less traditional big-company jobs, says Ashton. The career fair helps both sides, as it can skip the formal recruiting time and expense but still match qualified candidates with growing companies.

And startups are exciting to students, especially as they are just beginning. “Everyone loves the story of people starting a company in a dorm room,” says Ashton. “It's that small company or project that has the potential for really good success.”

Ashton has always been interested in the pull of a startup and currently runs Ashton Digital, a consulting business that helps companies grow through modern web marketing. The career fair, as well as the year-round events the group holds, give students like him a chance to get closer to their own career goals. After events, students are invited to talk to the presenters, authors, or representatives to form a personal connection and gather any additional insights. Ashton points to venture capitalist Bob Mason '94 as a tremendous resource as well as members of the local business community who are offering connections and expertise to the Tech Entrepreneurs.

Anyone who comes to the event has an opportunity to connect with people and build their networks. Following up on LinkedIn and with personal communication lays the foundation for solid business connections even before graduation rolls around. For students like Ashton, who get involved early and often, the benefits are professional and personal. “This is something I do every day,” he says. “Once I started, I haven't stopped.”