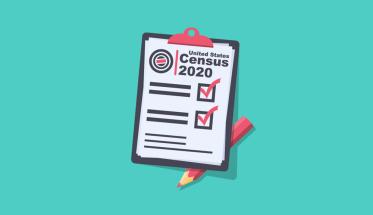 As states continue compiling information for the 2020 Census, it’s critical that everyone participates in the national headcount to help the US government appropriately allocate federal funding in areas that need it most. Of particular concern across the country is the engagement of refugees, who may need additional outreach and encouragement.

To help engage refugees in the 2020 Census, Arizona is using a video created by WPI students that explains—in Arabic—the need for the census. Originally scheduled to go to the Berlin Project Center in D-Term, the students switched gears when the pandemic forced the suspension of all WPI travel; instead, they got to work with the Arizona Department of Economic Security: Arizona Refugee Resettlement Program for their Interactive Qualifying Project (IQP).

“Arizona is home to a significant Arabic-speaking population and since this was the first year the census is offered in Arabic, there was an opportunity to reach this population,” says Assistant Professor Sarah Stanlick, interdisciplinary and global studies, who advised the team with project director Assistant Teaching Professor Katherine Foo, social science and policy studies.

The video developed for the project features Nabil Abdelmalek, a refugee who fled Egypt to come to the United States. He describes his new life and discusses how the census is important for community building and for community funding. If you have children in school, if you have roads to be fixed, he says, you need your voice to be heard in order for the government to provide funding.

“I think the video is an important tool to help spread the information of the upcoming 2020 U.S. census in an easy but deliverable manner. From our studies we found out that video can explain a complicated concept in an engaging way, really quickly,” says team member Christian Adler ’21, majoring in Interactive Media and Game Design with a concentration in technical and visual arts. “After all, the census isn't just a way to count every person—it's to come up with statistics on what neighborhoods get federal funding.”

The idea for the video began when the Arizona Department of Economic Security: Arizona Refugee Resettlement Program received information about a video competition about the 2020 census, launched by a group affiliated with the U.S. Census Bureau.  “Our video explained why the census unto itself is important. We also made the video entirely in Arabic in order to directly reach the Arabic-speaking populations of Arizona and hopefully the rest of the United States,” Adler says.

“Through the wonderful efforts of the students from Worcester Polytechnic Institute (WPI), they were able to create a census video for our Arabic-speaking refugee clients. Their help in creating this video will continue to support the need for our Arabic speaking refugee clients to be counted in the census for Arizona,” says Asmeen Hamkar, deputy state refugee coordinator for the Arizona Refugee Resettlement Program.

The video was also posted through the Refugee and Immigrant Service Provider Network and seen by 30 percent of its viewers. Another 300 people saw it after the video played following a virtual World Refugee Day Celebration.

Stanlick cited the video as an example of the impact an IQP can have.

“The video project combined many aspects of WPI’s signature project-based learning and is a strong example of the importance of the IQP: bringing together critical inquiry, social science methods, and technical expertise to address a vexing social problem,” she says. “In this instance, the challenge was how to reach the undercounted refugee population in the census effort.”