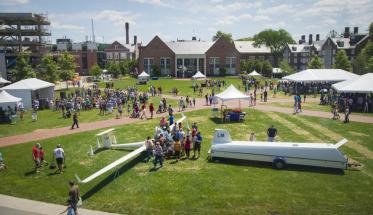 You’ve seen the billboards, colored in the activity pages, and counted down the days, and now the time is here: the sixth annual TouchTomorrow event will be held on campus Saturday, June 10, from 10 a.m. to 4 p.m.

A festival of science, technology, and robots, TouchTomorrow gives kids of all ages the opportunity to experiment with science through hands-on activities and exhibits throughout WPI’s campus.

​TouchTomorrow came about when WPI was chosen to host one of NASA’s Centennial Challenges: the Sample Return Robot Challenge, a competition designed in 2012 by mechanical and robotics engineering professor Ken Stafford and associate director of the robotics resource center Colleen Shaver. In addition to WPI's hosting the Challenge, NASA was interested in working with the university to expand its reach within the K-12 audience. 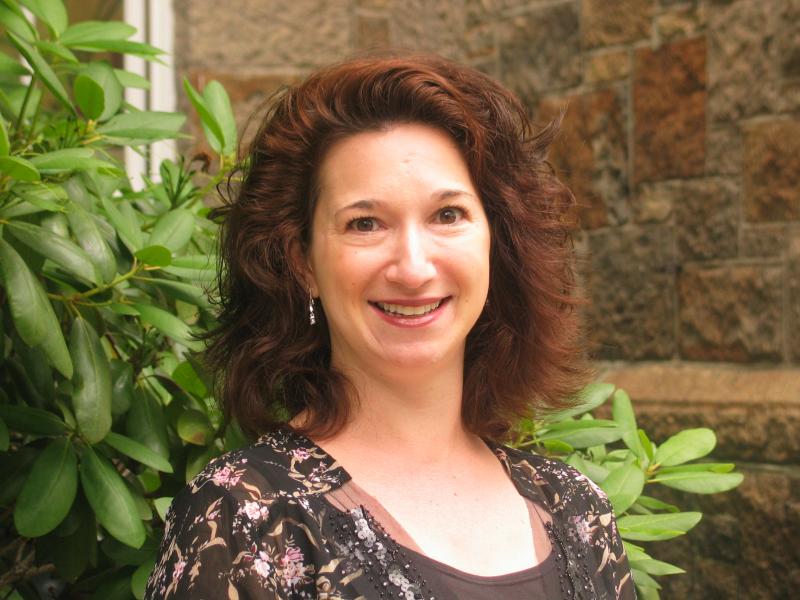 In order to do so, NASA tasked WPI with creating an event that would coincide with the Challenge to inform visitors about more of what NASA does, while also reinforcing NASA’s commitment to STEM education.

With that request in mind, members of the campus community well versed in marketing, K-12 programming, outreach, and teacher training and development brainstormed ideas. They came up with the concept of a widespread festival, and TouchTomorrow was born.

“For some kids, this is their first exposure to a college campus, and we hope that it inspires a passion for learning, science, and technology,” says Stephanie Pasha, chief of staff in the president’s office, and one of the project leads.

As TouchTomorrow has grown in popularity and scope, the event has grown to encompass even more of the community, both WPI’s and the city of Worcester’s. Visitors travel to TouchTomorrow from all over New England, and WPI has partnered with local businesses to offer discounts and promotions for attendees who dine or shop after the festival. Over 30 local companies, including the EcoTarium, Worcester Public Library, GE, and MassDiGI, will exhibit on campus, offering attendees a further glimpse into the local community. 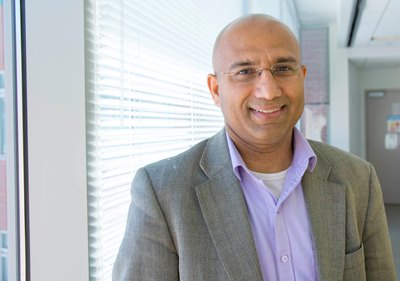 WGBH, TouchTomorrow’s media partner for the past four years, will also be in attendance, presenting the popular Design Squad challenge, NOVA education exhibits, and a project about the solar eclipse.

Another important group of participants is WPI’s faculty, who were invited to join in the festivities after TouchTomorrow’s successful first year. According to Pasha, who cites post-event survey data, faculty presence proves to be one of the most important aspects of the festival.

This year, nearly 50 faculty members will open their labs to attendees, who can get an up-close-and-personal look at their work. From building a boat made of LEGOs and demoing video games made by WPI students, to tours of the Fire Protection Engineering lab and presentations on researchers’ work using spinach leaves to grow heart tissue, these exhibits offer something for everyone.

Exhibiting at TouchTomorrow has also become a favorite event among faculty members. 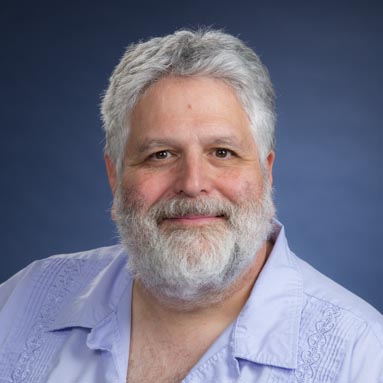 “TouchTomorrow is an event where the local community can become active participants in our research,” says biology and biotechnology assistant professor Jagan Srinivasan. “By engaging in our research and even performing simple experiments, [the community] can get more involved in STEM-related disciplines.” He is excited to be showcasing his lab’s work at TouchTomorrow for the fourth year in a row. This year, attendees can see if they can find nematodes in soil samples, then learn more about the research Srinivasan and his team are working on about the worms and effectively attracting them with chemicals.

For computer science professor Mike Ciaraldi, TouchTomorrow is also a yearly venture: whether participating as an exhibitor or attendee, he makes the festival more accessible to others who may have to travel. “For the past several years, including this year, I’ve hosted members and families from the Boston chapter of Mensa, including several prospective students,” he explains.

This year, Ciaraldi will be showing off a video that highlights the Markhor robot, which he, mechanical and robotics engineering professor Ken Stafford, and a team of five recent WPI graduates constructed for the NASA Robotic Mining Competition. Markhor was the recipient of the Regolith Mechanics Innovation Award for its innovative way of handling the simulated Martian regolith each robot needed to excavate.

There’s lots to love about TouchTomorrow—the robots, the experiments, the games—but for Pasha, her favorite part is seeing attendees get excited about science, robots, and technology. “We [got] a letter from a father who has brought his son every year and said that for his son, the top two highlights of his year are always Christmas and TouchTomorrow,” she recalls. “What’s better than that?”

Check out the release to learn more about activities that will be offered at this year's event, and the TouchTomorrow website for information on parking, schedules, maps, and more.