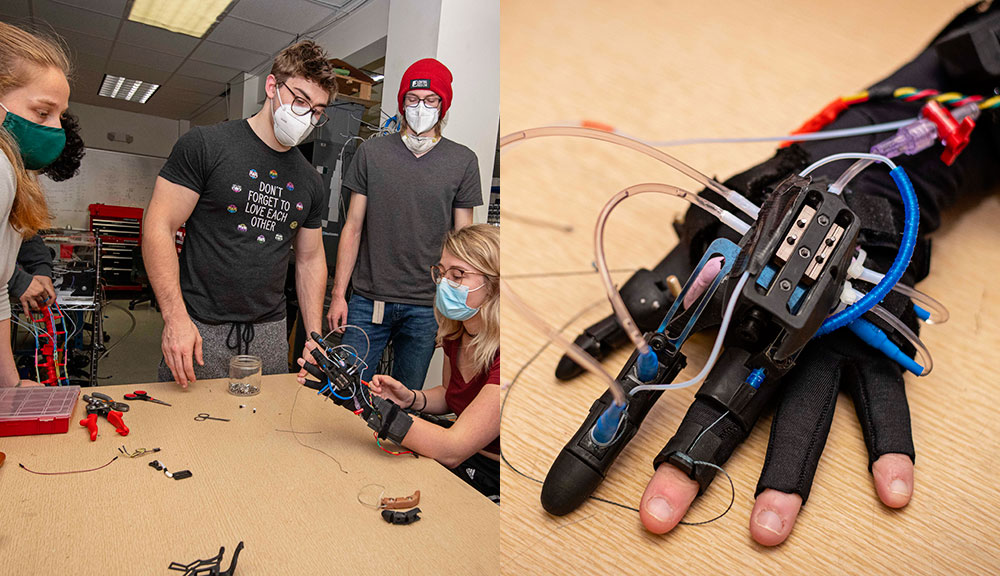 Nearly two years after suffering devastating injuries in a horrific car crash outside of Houston, a Texas college student has rebuilt her life, due in part to three Worcester Polytechnic Institute (WPI) undergraduates and a professor who are developing a partial hand prosthesis to allow her to regain functionality.

The emotional trauma of the accident in August 2019 in Pasadena, Texas, has turned into gratitude and fortitude, however, as Heiberger has been working closely with the WPI student research team on the prosthesis.

Heiberger’s situation came to the attention of WPI professor Marko Popovic in 2019 from personal contacts. The work is being supervised by Popovic, a robotics engineering professor, as part of the university’s signature Major Qualifying Project (MQP), a team-based, professional-level design or research experience that is typically the culmination of WPI’s project-based undergraduate education.

Popovic, who is also the principal investigator on the project, has devised about half of the design concepts and possible solutions. 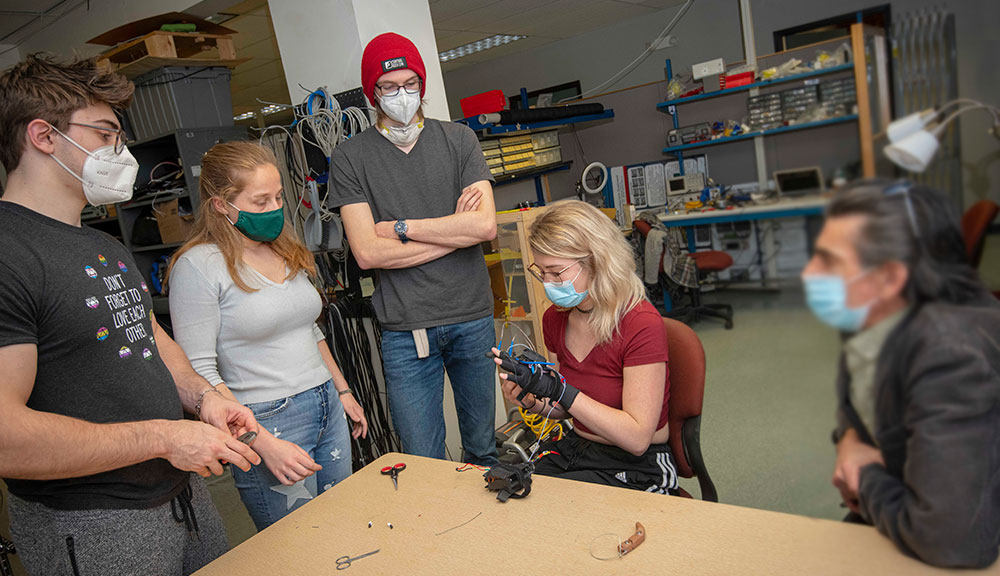 “The WPI team has been amazing,” said Heiberger. “I feel like I’ve really grown as a person and I owe a lot of that to working with Andy, Mia and Brian. It’s really unbelievable to me that I’ve been able to meet people my age working on such an important project. I’m really grateful for our partnership and friendship.”

Meeting the Challenge
From the beginning, the WPI team knew there were distinct challenges with the project.

“The glaring thing to me was that partial hand prostheses don’t really exist,” said Strauss. “And the ones that do exist don’t work for Payton’s specific injury, which is why her parents reached out to our lab.”

Heiberger recalls meeting with prostheses companies, whose best option was to provide fake fingers that don’t move. “I don’t see the point in making it just look normal,” she said. “I want to use it for mobility and structure and have it be useful.”

Within a month of her accident, the team had phone conversations with Heiberger and her family about design ideas. “We spoke with the WPI team and asked them what they needed to get started,” recalled Dominic Del Rosso, Heiberger’s stepfather.

That conversation led Del Rosso, an engineer, to create a plaster mold of Heiberger’s hand that the team initially used as a physical rendition. Strauss and Buccowich then e-mailed a CAD (computer-aided design) file to Del Rosso, who laser-scanned his step-daughter’s left hand and sent the digital file to the team. That file allowed Strauss to see the geometry of Heiberger’s hand and provided a reference point as to how long and thick to make the fingers.

“Making the finger prosthesis is relatively easy,” said Strauss, of Stow, Mass. “The hard part is figuring out how to attach fingers to the person’s partial hand. So one of the problems we’re trying to solve is not just a system for Payton, but a system that can connect any kind of prosthesis to a person’s hand.”

The WPI team’s main goal is to replace some of the functionality of Heiberger’s fingers. Buccowich has been focused on sensing and actuation aspects of the prosthetic prototype, Strauss is designing the mechanical components, and Fay is working on a wrist band that houses the actuator for thumb movement and a small solenoid that locks it in place. They’ve built sensors into the device that Heiberger can press with the tiny remaining piece of her thumb’s proximal phalanges, which will make the prosthetic thumb move forward and backward.

“The WPI team has been amazing...I’m really grateful for our partnership and friendship.”
-Payton Heiberger, junior at University of Houston

Ideas and Innovation
The WPI student team has spoken regularly with Heiberger on the phone and via teleconferences about additional design concepts. Heiberger was able to visit the team last December and in mid-April in Popovic’s lab, where she tried on various prototypes. The team is now working on a fourth prototype, which involves a harness design.

“So our solution for the harness in version four essentially comes down to making sure that her hand can still close comfortably in pretty much any orientation,” said 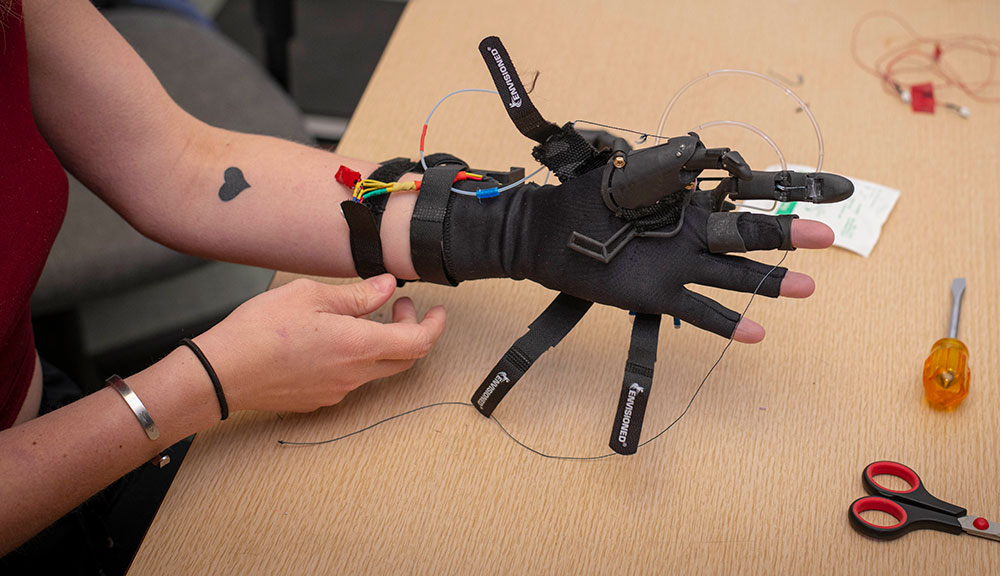 Heiberger is heartened by the new design, but says there is a nagging question. “How do you stabilize it with these knuckles moving and keep everything in the same spot?” she asked. “So that’s what we’ve been tackling recently.”

In the meantime, the team last month filed for a provisional patent on the device to protect the idea.

Del Rosso has been impressed with the WPI team’s ingenuity and determination. “This was almost like tele-medicine and tele-engineering,” said Del Rosso. “It was so much fun working with Andy and Mia. It was neat to see the enthusiasm of this team. The ideas and innovation they came up with was just phenomenal. That’s what gives you hope.”

Crystal Del Rosso, Heiberger’s mother, said she has seen a marked change in her daughter. “I’ve seen such development and growth with Payton,” she said. “She’s grown up really fast and has handled things so well.”

“We’re both invested in Payton and invested in making sure this works,” said Buccowich, of Milwaukee. “Our goal is to have a prosthesis for her by the end of the school year, but we will continue perfecting it until she is happy with it.” 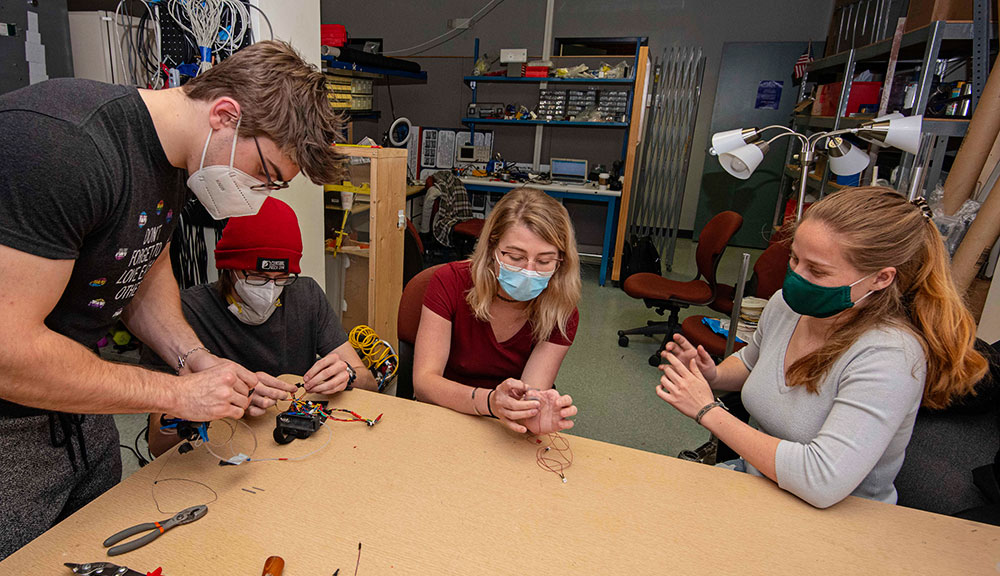 Assembly of the latest prototype of the partial hand prosthesis at WPI’s Popovic Labs. 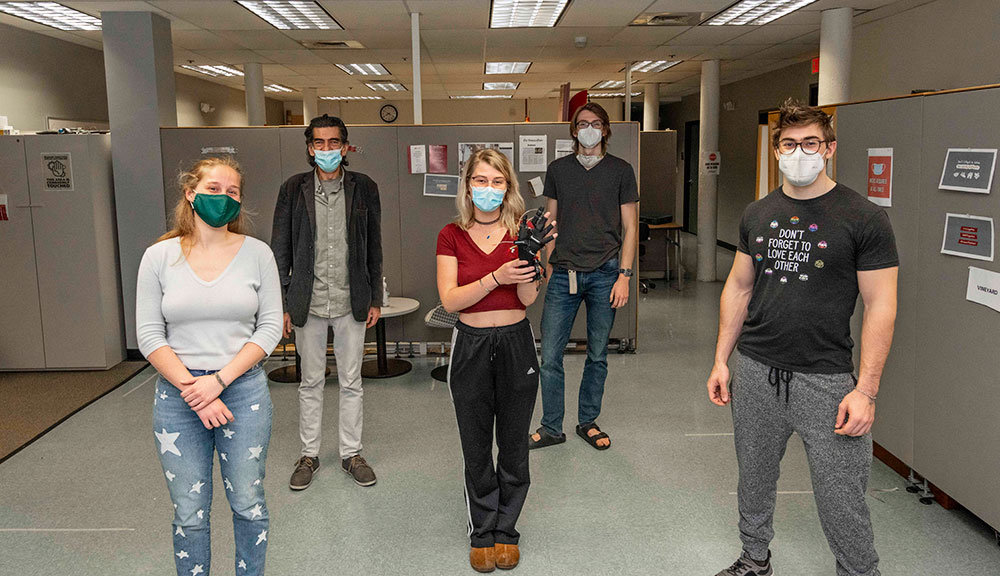 Payton Heiberger (center) with the WPI research team at the Robotics Engineering Department. 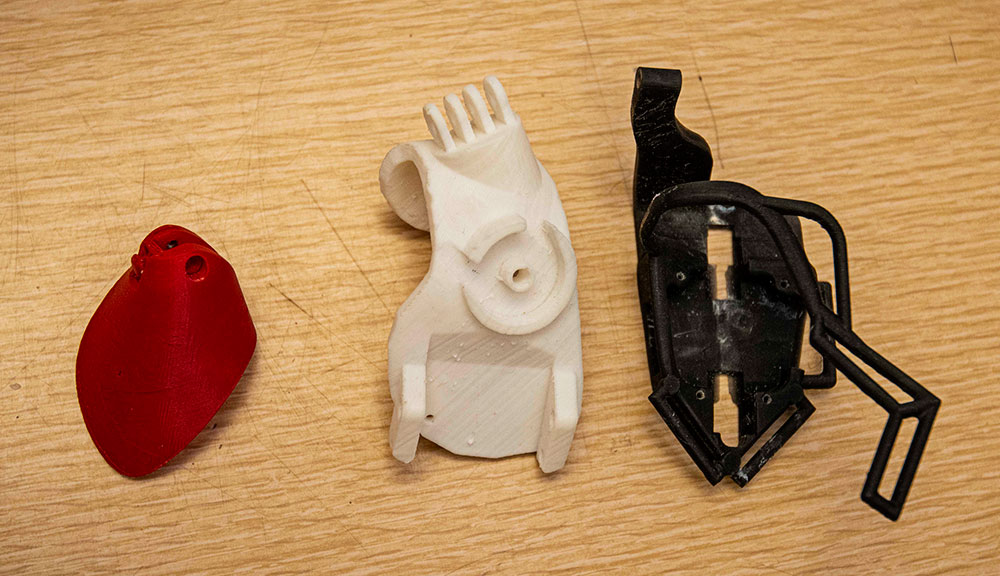 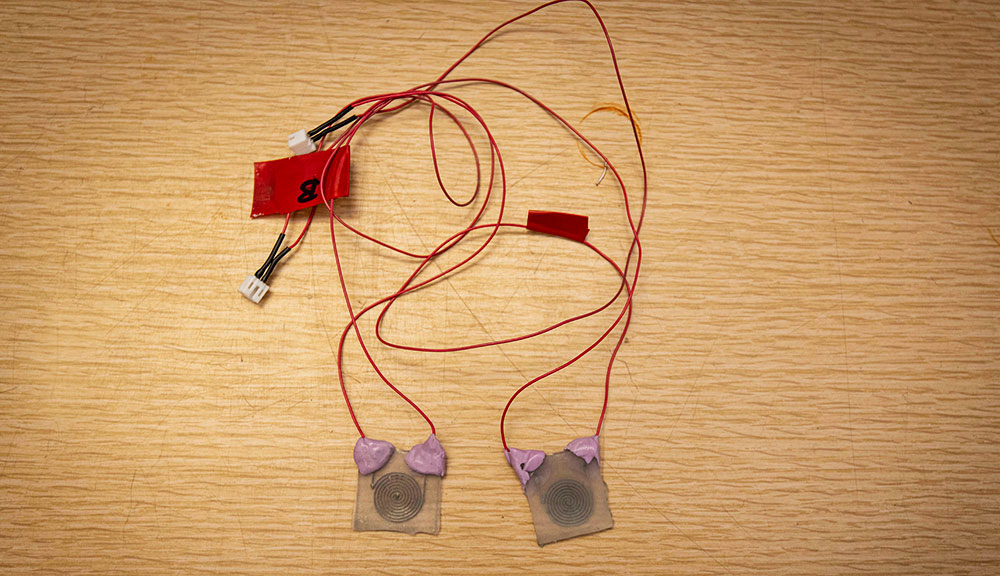 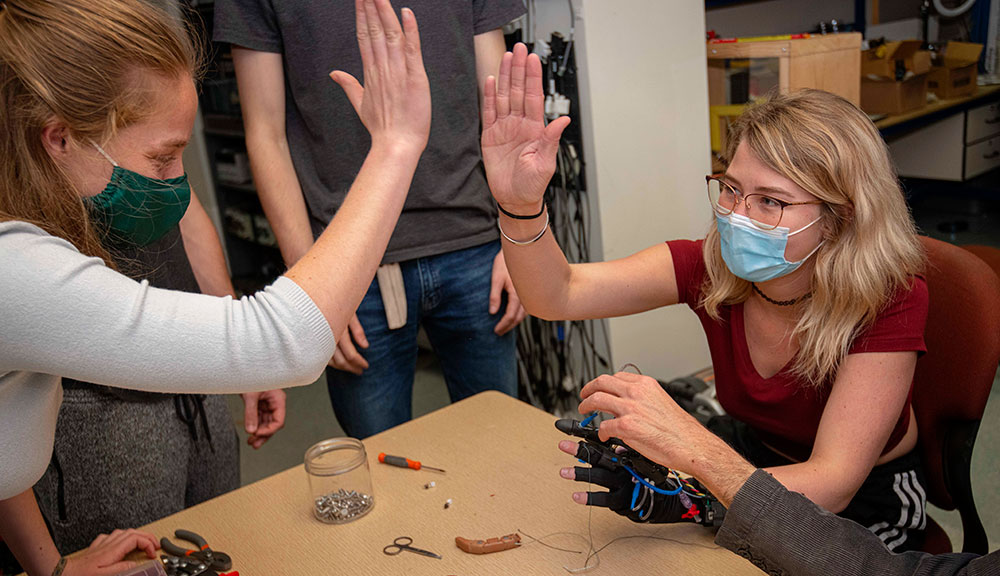 Interested in learning more about an undergraduate degree in Robotics Engineering at WPI?