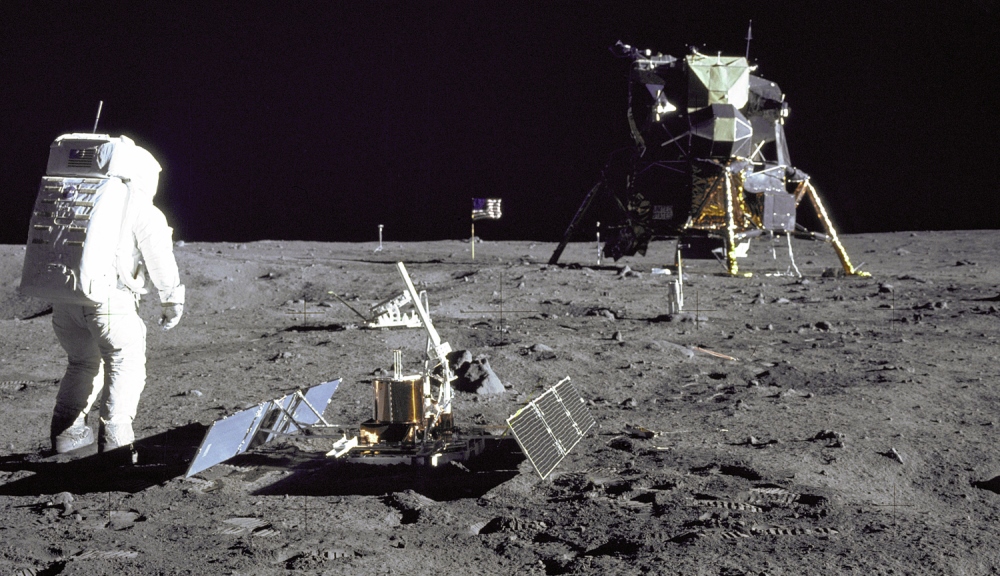 Lunar module pilot Buzz Aldrin surveys the scene at Tranquility Base in this photo taken on the Moon in July 1969 by commander Neil Armstrong. To Aldrin’s right is the Passive Seismic Experiment Package. The Lunar Module Eagle is in the background.

Following the presentation will be a Q&A session with both speakers, moderated by WPI President Laurie Leshin.

“We’re looking forward to welcoming these two impressive speakers to WPI to commemorate this unforgettable milestone in space exploration,” said Leshin. “They bring a combination of curiosity and spirit that will inspire our community.”

WPI has a direct connection to space exploration. Robert Goddard, often called the “Father of Modern Rocketry,” graduated from WPI in 1908. He was the first to use liquid propellants as rocket fuel, with the first successful launch of a liquid-fueled rocket from Auburn, Mass., on March 16, 1926.

The moon landing and space exploration has special significance for Leshin, who formerly served as deputy director for Science & Technology and director of Science and Exploration at NASA’s Goddard Space Flight Center.

“New discoveries in space have always fascinated me, and I think it’s really important to ignite the imaginations of young and old alike with the boundless opportunities that exist in the world,” said Leshin.

To listen to excerpts from the Apollo 11 mission, visit this NASA link. 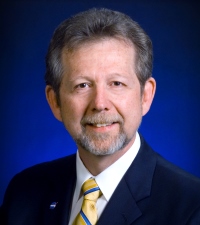 James L. Green, NASA Chief Scientist, worked at NASA’s Marshall Space Flight Center from 1980 to 1985 in the Solar System Division. Most recently, from 2006 to 2018, Green was the director of the Planetary Science Division at NASA Headquarters. Under his leadership, several missions have been successfully executed, including the New Horizons spacecraft flyby of Pluto, and the Juno spacecraft mission to Jupiter.

Green will discuss NASA’s role in helping the United States become the first country to land a man on the moon in 1969. He will also share NASA’s current and future plans for getting humans back to the moon, and touch on how Apollo 11’s legacy still lives on 50 years later. 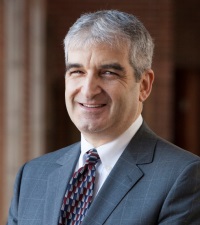 Steven M. Rothstein​​, Executive Director, John F. Kennedy Library Foundation, is an accomplished nonprofit administrator, public servant, and entrepreneur. Having served on numerous nonprofit boards since 1979, Rothstein is currently a director of the Brady Campaign and Brady Center for the Prevention of Gun Violence.

Rothstein will cover the historical perspective of the United States’ participation in the Space Race against the Soviet Union, and how the Kennedy administration pushed to land American astronauts on the moon. He will also share firsthand stories about what happened behind the scenes in the White House during the Space Race. 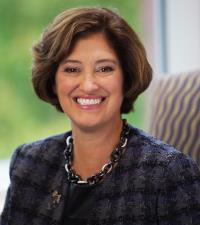 Laurie A. Leshin WPI’s 16th president, joined the university in June 2014 after more than 20 years of experience as a leader in academia and government service. She served as dean of the School of Science at Rensselaer Polytechnic Institute, as deputy director of NASA’s Exploration Systems Mission Directorate, and as deputy director for Science & Technology and director of Science and Exploration at NASA’s Goddard Space Flight Center. She has received NASA’s Outstanding Leadership Medal, NASA’s Distinguished Public Service Medal, and the Meteoritical Society’s Nier Prize, among other honors. Among her many other servie activities beyond WPI, she is a director of the John F. Kennedy Presidential Library Foundation. She earned a PhD in geochemistry at Caltech.

Department(s):
Office of the President

February 08, 2022
Carlo Pinciroli Is Part of Project to Enable Robot Swarms i...
January 15, 2021
WPI Robotics Team Makes It to Final Round of NASA-Sponsored...
March 20, 2019
From NASA to JFK to WPI: The Science of Space Exploration