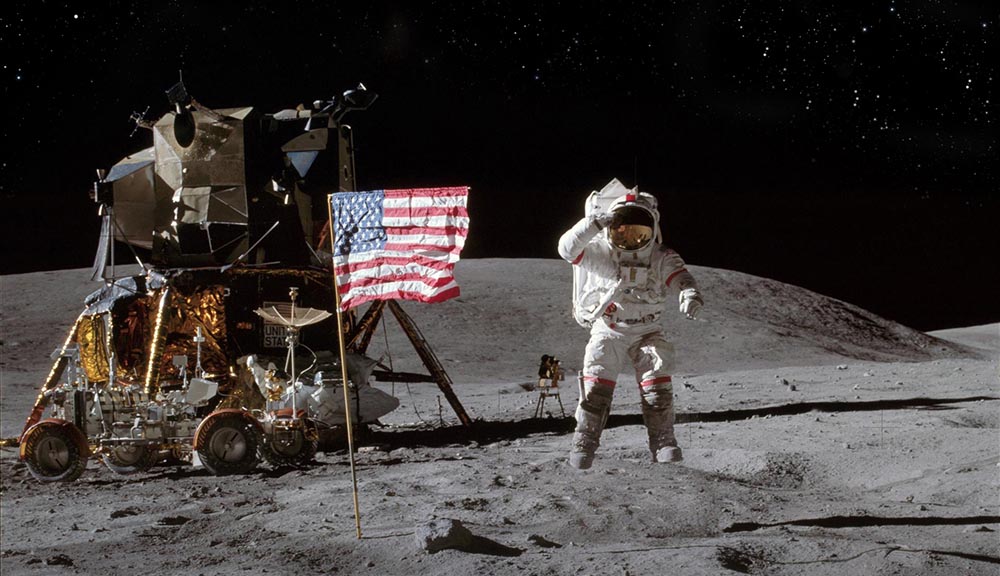 From NASA to JFK to WPI: The Science of Space Exploration

Lecture Examines How We Got Here, Where We Are Going

WPI will mark one of the biggest scientific milestones in modern history with "Space Exploration: Past, Present, and Future, A Celebration of 50 Years Since Apollo" on March 26 from 5-7 pm in Alden Memorial.  NASA chief scientist James Green and Steven Rothstein, executive director of the John F. Kennedy Library Foundation,  will join President Laurie Leshin in addressing advances in space exploration over the past five decades while also weighing how the next phase of exploring far beyond Earth will unfold.

“We’re looking forward to welcoming these two impressive speakers to WPI to commemorate this unforgettable milestone in space exploration,” says Leshin. “They bring a combination of curiosity and spirit that will inspire our community.” 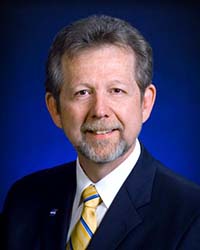 Green, who worked with Leshin while both were at NASA’s Goddard Space Flight Center, says the technological changes in recent decades have brought enormous transformations in his daily life and in his pursuit of science. What he sees next is boundless. “In the next 50 years, I am sure we will answer the question: Are we alone?” says Green. “We will be going to the moon and Mars as places where we live, work, and return home. Humankind will truly be a space-faring race. Our future has no limits in this regard.”

Those thoughts continue to inspire Leshin. “New discoveries in space have always fascinated me, and I think it’s really important to ignite the imagination of young and old alike with the boundless opportunities that exist in the world,” she says.

As a NASA scientist, Green hopes to bring that energy and sense of potential to WPI’s audience, particularly students. But he also notes that WPI students are already poised for change, if not making it already, so inspiring them isn’t challenging. “All we have to do is just tell them what we have done, show them what we have learned, and give them insight into what more we need to do,” he says.

Rothstein says advances to reach the new heights that space promises were triggered by the powerful inspiration of President John F. Kennedy. In 1962, Kennedy’s pivotal speech at Rice University (a year after he addressed space exploration in his Moon Shot speech to Congress) called on the nation to come together and take a chance at something seemingly impossible.

“It is a really rare occurrence to have someone who has such a vision,” says Rothstein (who is such a space enthusiast himself that he participated in the U.S. Space and Rocket Center’s inaugural Adult Space Academy in the 1990s). “I’ve heard professionals talk about a visionary statement and they use the Rice University speech as an example.”

In a time when the rudimentary computers that existed were incapable of multiprocessing, computer science majors hadn’t been developed, and even the alloys necessary for space travel didn’t exist, President Kennedy managed to make it all seem, if not possible, then at least worth trying, says Rothstein. He risked a spectacular failure for a larger purpose. 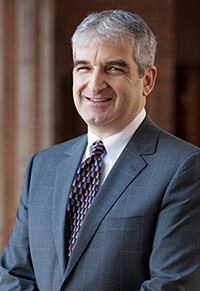 Fifty years later, we are poised for the next phase. Calling the present a “golden era of space exploration,” Green says our reach into space is remarkable. “Our telescopes find planets around other stars,” he says, “and our rovers on Mars discover how the red planet has evolved over time. We are uncovering processes of how climate works here on the earth and interrogating the upper atmosphere of the sun.”

And while President Kennedy holds an instrumental role in beginning a long period of space exploration, Rothstein says he also hopes people will recognize the lasting impact. “He was a source of inspiration,” he says. “What’s our next moon shot? I want people to learn about John Kennedy not just historically, but as a model of going forward and seeing what’s next. If we take that spirit to look at what we can solve today, it’s remarkable.”

Both Green and Rothstein are hopeful about the next chapter of space exploration. “For me, our future is in space,” says Green. “We will be going back and forth to the moon to uncover more secrets it has been hiding from us. A truly remarkable future awaits us.”

Rothstein agrees. “If we take the approach of President Kennedy, the best is yet to come,” he says. “Literally, anything is possible.”

A Celebration of 50 Years Since Apollo

NASA Chief Scientist James Green and Steven M. Rothstein, Executive Director of the John F. Kennedy Library Foundation, will present "Space Exploration: Past, Present and Future, A Celebration of 50 Years since Apollo" on March 26 from 5:00 - 7:00 pm in Alden Memorial. A live-stream of this event will be available. Learn more.