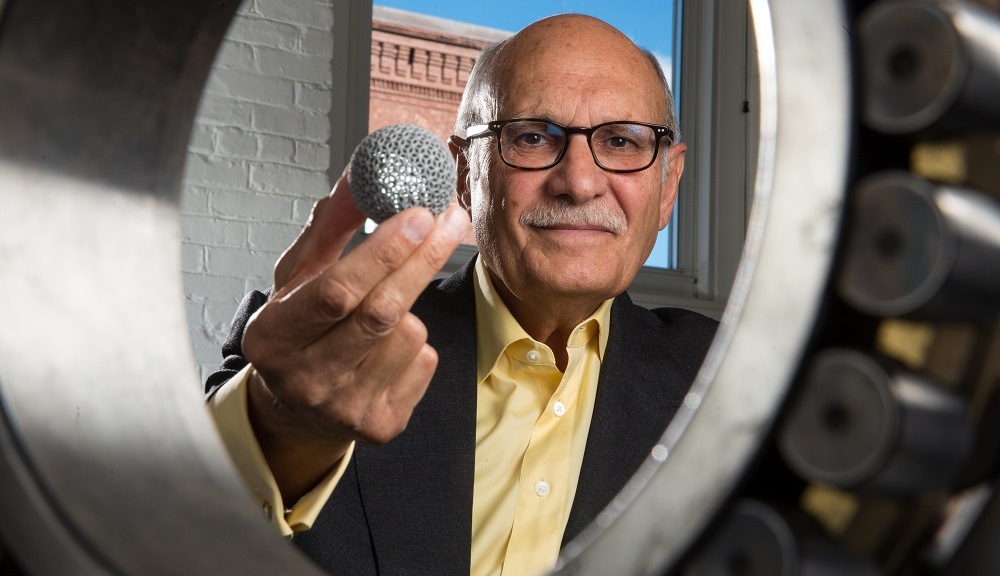 Election to NAI Fellow status is the highest professional accolade bestowed solely to academic inventors who have demonstrated a prolific spirit of innovation in creating or facilitating outstanding inventions that have made a tangible impact on quality of life, economic development, and welfare of society.

“I am truly humbled by this honor from the NAI, and I am delighted that the award recognizes the importance of innovation, discovery, and entrepreneurship,” Apelian said. “This award should not be about me as it truly recognizes the extraordinary team at MPI and overall ecosystem at WPI. I proudly share this award with my students, research staff, colleagues, and co-founders of our startups.”

A member of the National Academy of Engineering, Apelian founded Metal Processing Institute, a leading industry-university alliance dedicated to advancing the field of materials science through research conducted across four focused centers at WPI. He currently directs the activities of one of those centers, the Advanced Casting Research Center (ACRC).

Apelian is widely known for his leadership as a researcher and educator. His work in molten metal processing, new aluminum alloys, and innovative casting techniques has resulted in more than 600 publications and 11 books, which he co-edited, and helped lay the foundations for significant industrial developments. With his colleagues and students, he has founded five companies: Materials Strategies LLC; Battery Resourcers Inc.; Melt Cognition LLC; Solvus Global LLC; and Kinetic Batteries LLC.

With the election of the 2017 class there are now 912 NAI Fellows, representing more than 250 research universities and governmental and non profit research institutes. The 2017 Fellows are named inventors on nearly 6,000 issued U.S. patents, bringing the collective patents held by all NAI Fellows to more than 32,000.

Included among all NAI Fellows are more than 100 presidents and senior leaders of research universities and non profit research institutes; 439 members of the National Academies of Sciences, Engineering, and Medicine; 36 inductees of the National Inventors Hall of Fame; 52 recipients of the U.S. National Medal of Technology and Innovation and U.S. National Medal of Science; 29 Nobel Laureates; 261 AAAS Fellows; 168 IEEE Fellows; and 142 fellows of the American Academy of Arts & Sciences, among other awards and distinctions.

On April 5, 2018, the 2017 NAI Fellows will be inducted as part of the Seventh Annual NAI Conference of the National Academy of Inventors at the Mayflower Hotel, Autograph Collection in Washington, D.C. Andrew H. Hirshfeld, U.S. Commissioner for Patents, will provide the keynote address for the induction ceremony.

In 2015 he received the John Campbell Medal from the Institute of Cast Metals Engineers in the United Kingdom. Also in 2015 he received the Audubon Society’s Joan Hodges Queneau Palladium Medal, an award administered by the American Association of Engineering Societies, “for articulating an inspiring vision of sustainable stewardship of our earth’s resources.” In 2016, he received the ASM Gold Medal.

After earning an undergraduate degree in metallurgical engineering at Drexel University and an Sc.D. in materials science at MIT, Apelian worked at Bethlehem Steel's Homer Research Laboratories and then joined Drexel, where he ultimately was named vice provost. At WPI, he served as university provost from 1990 to 1996. Since then, he has focused on teaching and research in materials processing. WPI has twice honored him: in 2006 with its Board of Trustees’ Award for Outstanding Research and Creative Scholarship, and in 2009 with its Chairman’s Exemplary Faculty Prize.

Those elected to the rank of NAI Fellow are named inventors on U.S. patents and were nominated by their peers for outstanding contributions to innovation in areas such as patents and licensing, innovative discovery and technology, significant impact on society, and support and enhancement of innovation.